After claiming that two men attacked him last month, actor Jussie Smollett was arrested Thursday and was charged with a felony for making a false police report to the Chicago Police Department.

Here is a photo of his official mugshot: 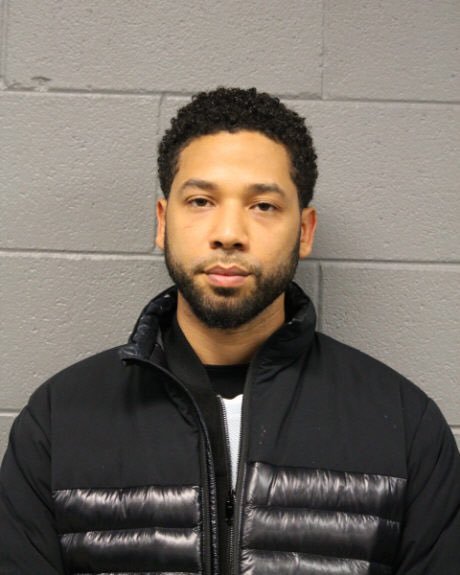 Smollett’s motivation for staging the attack, at least partially, allegedly came from dissatisfaction “with his salary,” according to Chicago Police Superintendent Eddie Johnson, who spoke in a press briefing Thursday morning. (RELATED: CNN Treats Jussie Smollett With Kid Gloves After He Becomes A Suspect)

In an effort to gain more national attention, Smollett sent a false letter that “relied on racial, homophobic and political language.”

“When that didn’t work, Smollett paid $3,500 to stage this attack and drag Chicago’s reputation through the mud in the process,” Johnson said. “And why? The stunt was orchestrated by Smollett because he was dissatisfied with his salary. So he concocted a story about being attacked.”

Johnson continued by saying that Smollett utilized the “pain and anger of racism” for his own career gain. (RELATED: Chicago PD Puts Smollett’s ‘Publicity Stunt On Blast For Making The City Look Bad)

“Why would anyone — especially an African-American man — use the symbolism of a noose to make false accusations?” asked Johnson. “How could someone look at the hatred and suffering associated with that symbol and see an opportunity to manipulate that symbol to further his own public profile?”

Commenting on the time and resources taken up by the case, Johnson said that “absolute justice” for Chicago would be Smollett “admitting what he did and then be man enough to offer what he should offer up in terms of resources put into this.”

“When we discovered the actual motive, quite frankly, it pissed everybody off because we have to invest valuable resources,” he said.

The announcement of the hoax has led many to criticize the 36-year-old actor, including President Donald Trump, who tweeted that the actor insulted millions of people with his comments.

.@JussieSmollett – what about MAGA and the tens of millions of people you insulted with your racist and dangerous comments!? #MAGA

The comments Trump is referring to are from when Smollett first described the attack in person during an interview with Good Morning America, in which Johnson called some parts “shameful.”

“I haven’t seen the entire thing. I saw a couple of parts of it. To be quite honest, it’s shameful because it painted this city that we all love and work hard in a negative connotation,” Johnson said.

Smollett is scheduled to appear at a bail hearing this afternoon.

Matthew Miller contributed to this report.