The “For The People Act” cleared the House Administration Committee on Tuesday by a 6-3 party-line vote, and lawmakers anticipate it will come to the House floor in a few weeks. 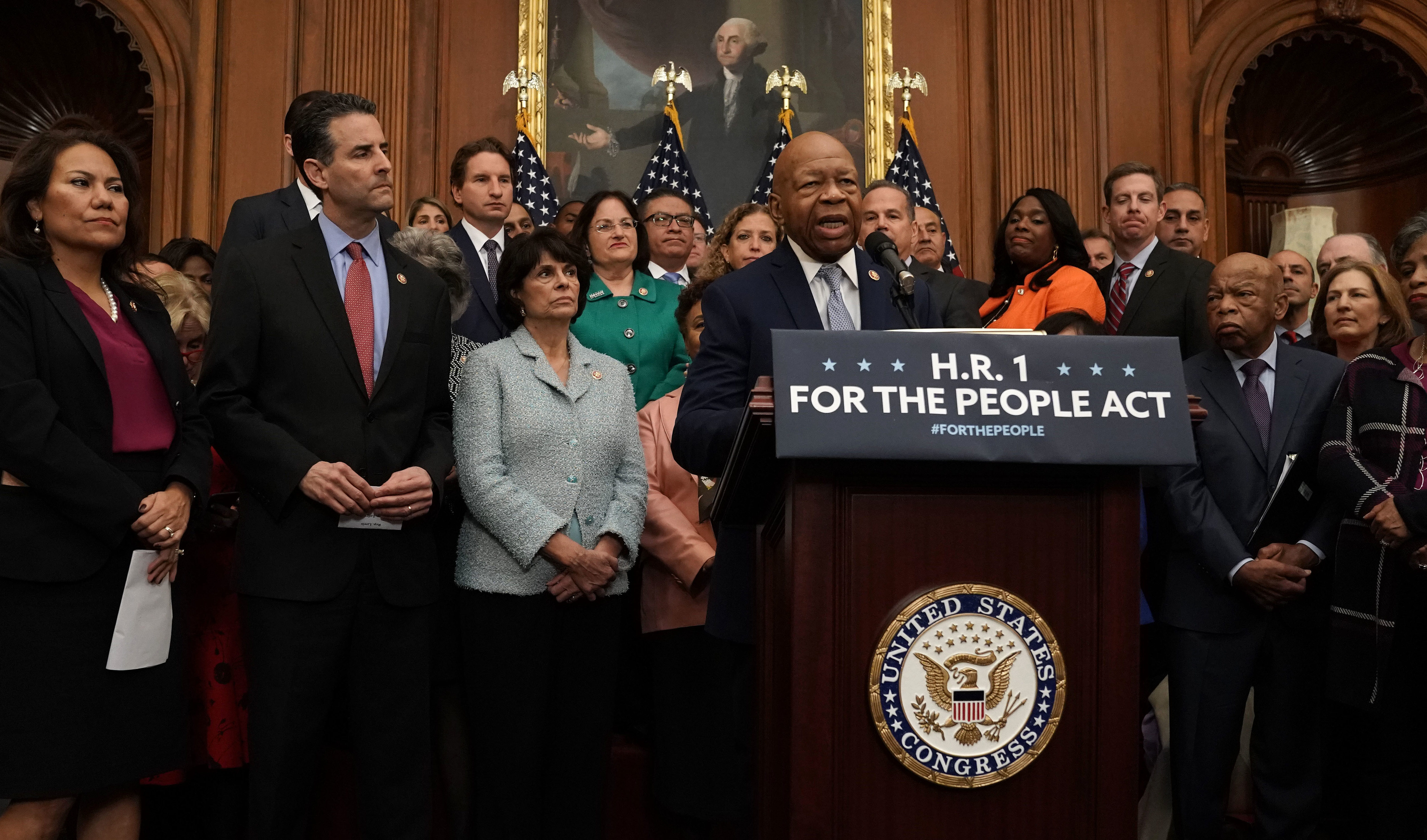 U.S. Rep. Elijah Cummings (D-MD) speaks during a news conference at the U.S. Capitol January 4, 2019 in Washington, DC. U.S. Speaker of the House Rep. Nancy Pelosi (D-CA) held a news conference to introduce H.R.1, the “For the People Act,” a reform package “to restore the promise of our nation’s democracy, end the culture of corruption in Washington, and reduce the role of money in politics to return the power back to the American people.” (Photo by Alex Wong/Getty Images)

Highlights of the bill’s laundry list of changes include:

The companion Senate bill, which was being written by Democratic New Mexico Sen. Tom Udall, has not been introduced, according to Vox. If the House succeeds in passing HR1, McConnell bluntly characterized his plans in a Vox article: “That’s not going to go anywhere.”