Omar told the magazine that impeaching Trump is “inevitable” and comparable to overthrowing a dictator.

“I believe that impeachment is inevitable. It also is a terrifying notion. [Vice President Mike] Pence is an ideologue, and the ideology he holds is more terrifying to me and my constituents,” Omar said.

“And we have not had a full impeachment that removes the president from office. Nations struggle any time [they] overthrow a dictator, and Trump really has the markings of a dictator,” she added. (RELATED: Ilhan Omar Gave Interviews To Host Who Called Israel ‘Jewish ISIS’ And Compared Hamas To Holocaust Victims) 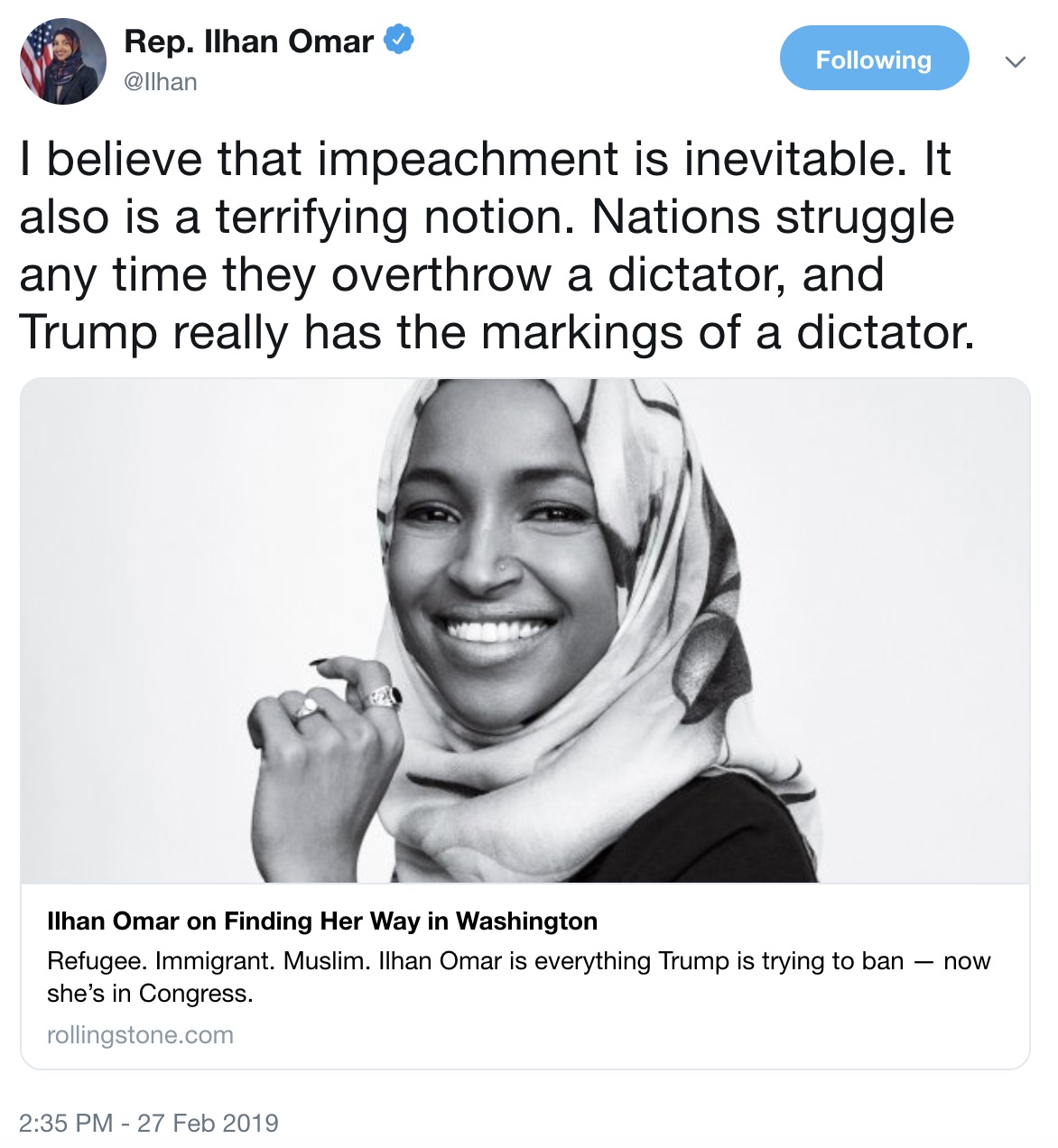 “A president and a dictator met in Hanoi. One has demanded unquestioned loyalty, bragged about his nuclear arsenal, attacked the press, and employed family members as his advisors. The other is Kim Jong-un,” Merkley wrote in a tweet.

The Democratic National Committee (DNC) pushed a similar theme on Wednesday, calling Trump “a threat to our country” in a fundraising text to supporters. “It’s up to us to make him a one-term president,” the text said, urging donations to the DNC.

The ads accused the president of following a “dictator’s playbook” modeled by tyrants like Un, Hussein and former Venezuelan dictator Hugo Chavez.