California’s largest utility for years neglected to repair the aging power line thought to have sparked the state’s deadliest wildfire ever in 2018, The Wall Street Journal reports.

Pacific, Gas & Electric (PG&E) proposed repairs to the Caribou-Palermo line that runs near the town of Paradise in 2013, 2014, 2015 and 2016, according to filings with state regulators reviewed by WSJ. In the last filing, the company projected the repairs to begin in June 2018. The work never started.

The power line malfunctioned 18 minutes before the Camp Fire ignited. PG&E says its line is the “probable” cause of the wildfire, according to court filings Thursday reviewed by Bloomberg. The blaze went on to kill 85 people and all but destroy Paradise over the next two weeks. (RELATED: California Faces New Energy Crisis As State’s Largest Utility Files For Bankruptcy)

PG&E has tanked financially and is hemorrhaging top executives. The company has lost $16 billion in market value and filed for Chapter 11 bankruptcy since the Camp Fire broke out. Former CEO Geisha Williams was reportedly pushed out in January and half of the company’s board is expected to be replaced.

PG&E partners say the utility’s budget is a “black box” with little oversight. The power company focuses most of its attention on spending its annual budget and little on making sure it is spent efficiently and on pressing needs.

“They ask for the money, they get approval for it, they never have to demonstrate they actually did the work,” Northern California Power Agency general manager Randy Howard told WSJ. “There isn’t transparency. There doesn’t seem to be an actual asset-management plan.” 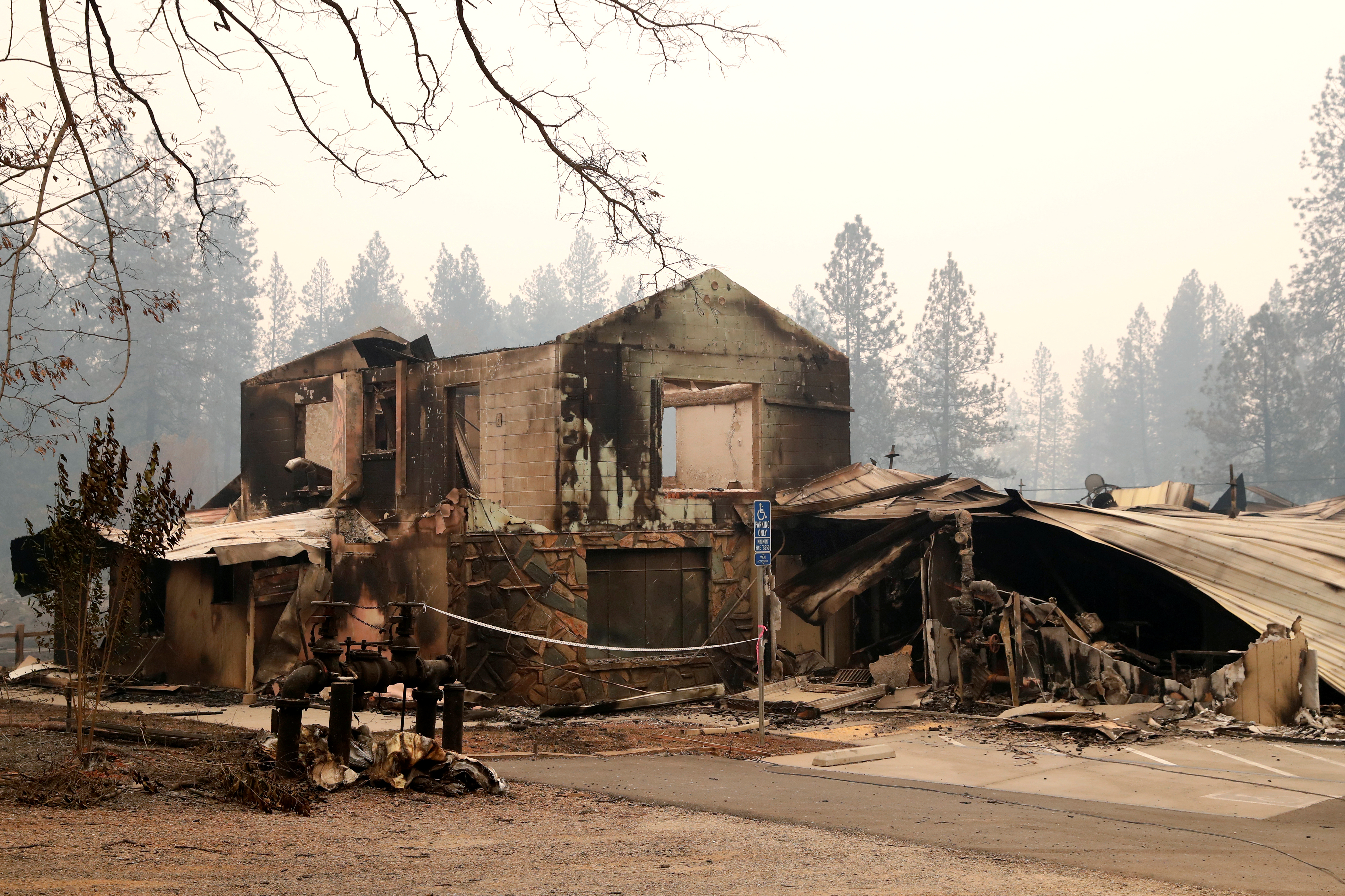 A building destroyed by the Camp Fire is seen in Paradise, California, U.S., November 13, 2018. REUTERS/Terray Sylvester

PG&E maintains it is transparent about its spending and “has been forthcoming with information about our transmission asset management programs and the additions that have occurred year to year,” PG&E spokeswoman Lynsey Paulo told WSJ.

The utility pledged to revamp its inspections’ levels of scrutiny and frequency after the national backlash from potentially causing the Camp Fire and causing 18 fires that killed 22 in 2017.