Republican Sen. Josh Hawley of Missouri will vote in favor of Neomi Rao’s nomination to the U.S. Court of Appeals for the D.C. Circuit, easing her path to confirmation.

Rao is President Donald Trump’s nominee to succeed Justice Brett Kavanaugh on the D.C. Circuit, often styled the second most powerful court in the country. Hawley’s reservations about Rao have prompted vigorous criticism from her conservative allies, who believe his concerns about her judicial ideology are misplaced.

The senator discussed Rao’s nomination Wednesday with Justice Clarence Thomas, for whom Rao clerked on the Supreme Court. He also met privately with Rao for the second time Wednesday, calling that session productive and reassuring.

The senator’s troubles about Rao emanate from her scholarly writings. In one 1998 article, Rao said that judges might legitimately use non-legal sources to determine when a departure from precedent is required. Conservative jurists are generally hostile to such methods, arguing it encourages judges to ignore the text of the law.

In another 2011 article on the concept of dignity in constitutional law, she said courts have long treated “individual choice and autonomy as an integral and preeminent component of human worth.” Constitutional dignity interests were a significant component of Supreme Court decisions striking down state laws banning sodomy and same-sex marriage. Conservative critics believe activist judges contrived such dignity theories.

Suspicions arising from her academic work were amplified by widely-circulated rumors as to Rao’s personal views on abortion. Before joining the Trump administration as deregulatory czar, Rao was a law professor at George Mason University, a haven for libertarian academics for whom social issues are not a priority. Hawley said that one individual who knows Rao privately relayed that she is pro-choice.

“In our discussion, Ms. Rao said she would interpret the Constitution according to its text, structure and history, not according to changing social and political understandings,” Hawley said of their meeting. “She said the text of the Constitution is fixed and the meaning must follow that fixed text.” 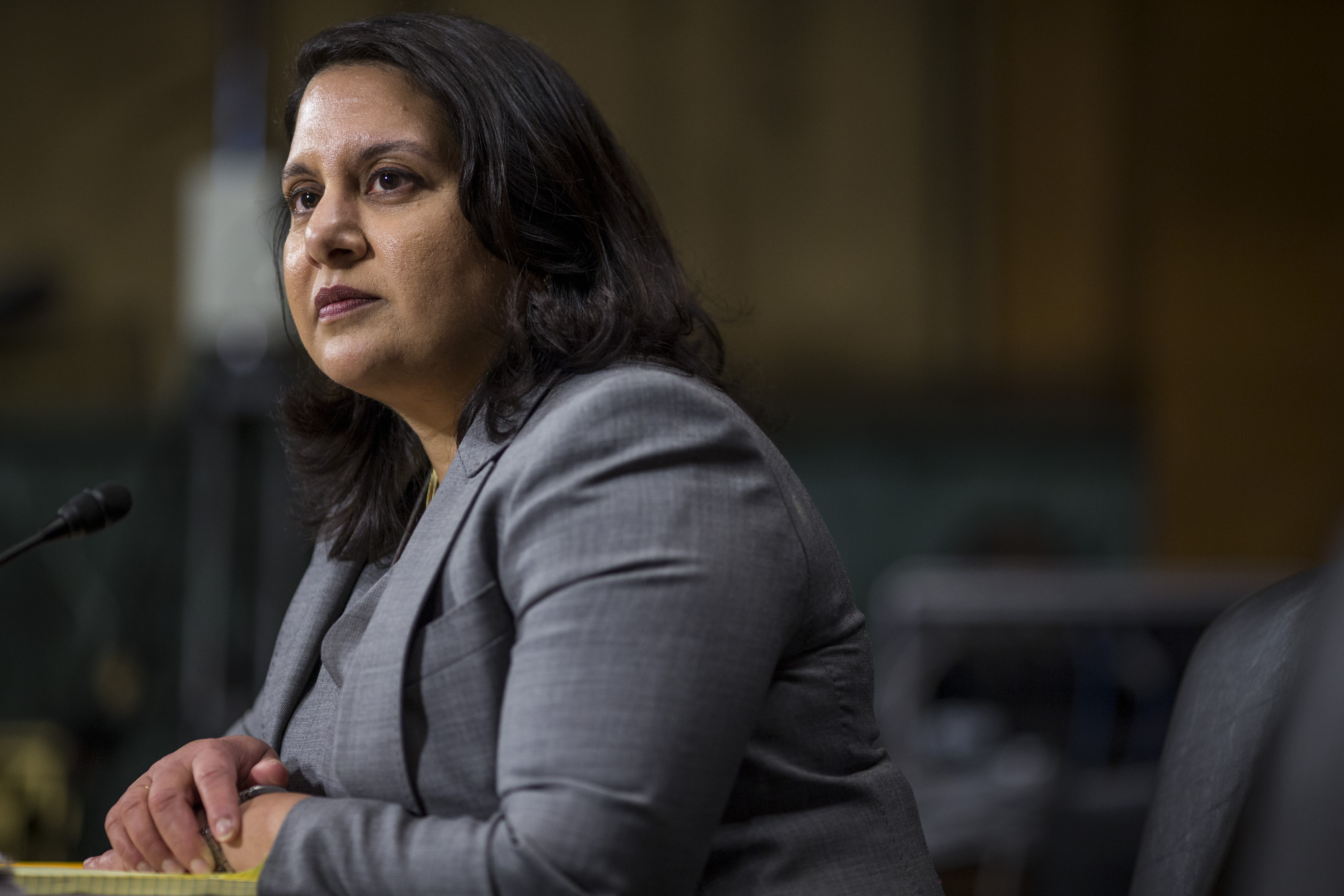 Other lawmakers vindicated Hawley’s position. GOP Sen. Ted Cruz of Texas said Rao’s expertise on regulatory and separation of powers issues made her well suited for the D.C. Circuit, the primary venue for disputes over agency action and executive power. However, Cruz plainly signaled that he would have serious reservations about her elevation to the Supreme Court. Rao has been touted as a contender for the high court should another vacancy arise during Trump’s presidency.

“My assessment might be very different if this were consideration for the Supreme Court and not for the D.C. Circuit,” Cruz said during Thursday’s Judiciary Committee hearing.

Cruz also derided conservative activists who threatened Hawley with political retribution. One such group announced plans to put $500,000 behind an ad buy in Missouri trumpeting the importance of confirming conservative judges.

He specifically took issue with The Wall Street Journal’s editorial board, which has twice condemned Hawley’s scrutiny. One particular editorial, he said, “seriously jumbled the legal analysis.”

“He’s been incredibly thorough and amazingly professional in trying to get answers from a nominee he has concerns about,” Graham said.