The Trump administration’s tough stance on immigration led many cities across the country to pass resolutions resolving not to defend current U.S. Immigration Law. Anti-gun control organizers have started to use the same tactic. (RELATED: Most Sanctuary Cities Still Enjoy Federal Funding Despite Trump Threats) 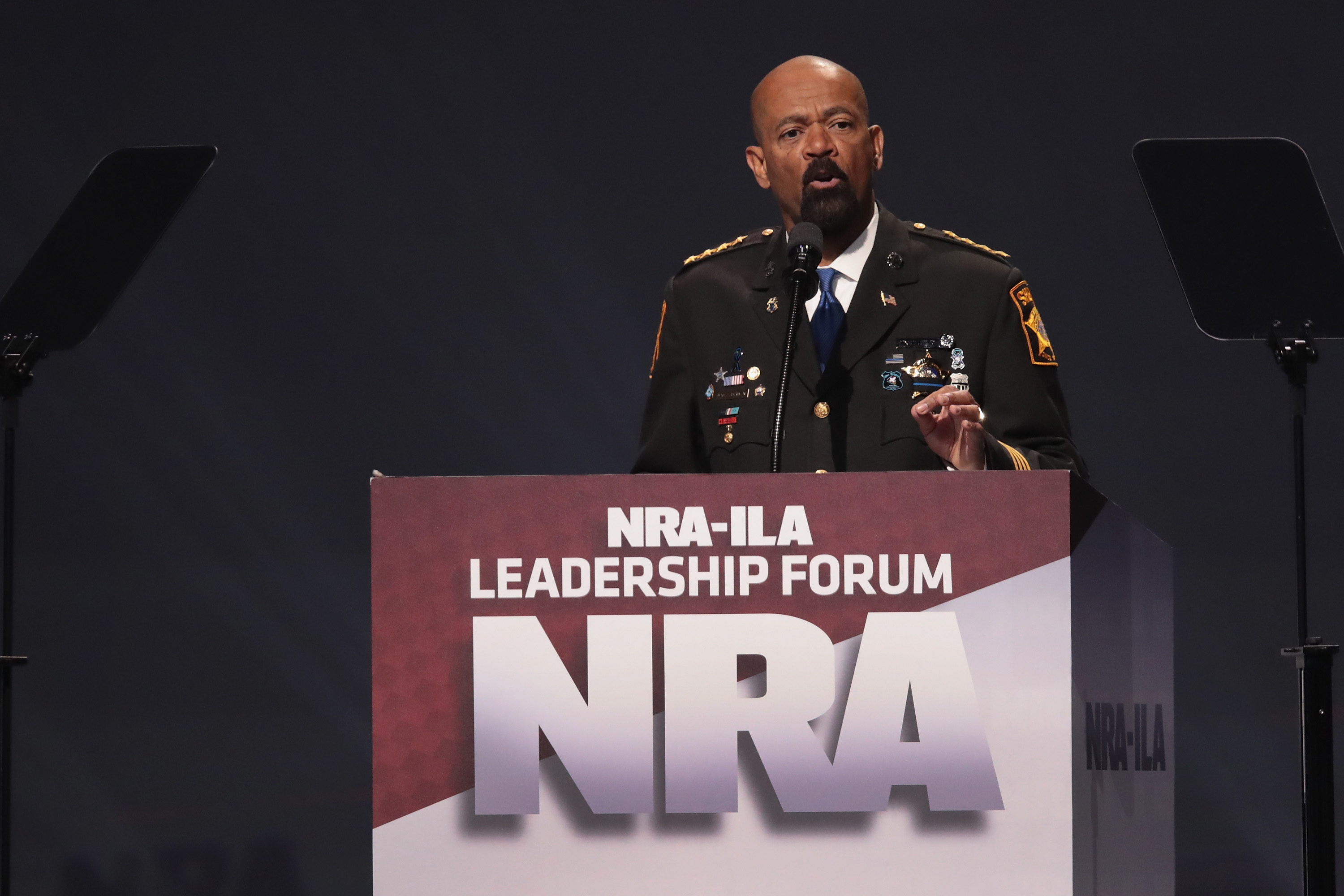 David Clarke Jr., sheriff of Milwaukee County, Wisconsin, speaks at the NRA-ILA’s Leadership Forum at the 146th NRA Annual Meetings & Exhibits on April 28, 2017 in Atlanta, Georgia. The convention is the largest annual gathering for the NRA’s more than 5 million members. (Photo by Scott Olson/Getty Images)

Counties in Illinois, Washington, Oregon and New Mexico have declared gun sanctuaries, according to Reuters, in response to legislation they believe is an infringement on the 2nd Amendment to the U.S. Constitution, which guarantees the right to keep and bear arms. All four states have Democratic majorities and governorships.

Sixty-three municipalities in Illinois have passed some type of measure and more are likely, according to Dave Campbell, a member of the board of Effingham County, Illinois, in an interview with Reuters. “If they want to have their own laws, that’s fine. Don’t shove them on us down here,” Campbell said.

Half of the counties in Washington state are prepared to declare sanctuaries in response to Initiative 1639, which raised the minimum age to purchase a semi-automatic rifle to 21, and increased background checks and the waiting period, according to Reuters. Five counties have passed actual resolutions. Eight counties in Oregon and 25 in New Mexico have passed measures to support sheriffs who defy gun control legislation.

Organizers are also working with other states, having formed a friendly coalition to share resources and strategy with California, New York, Iowa and Idaho, according to Reuters.

Jonathan Lowy, chief council for The Brady Campaign to Prevent Gun Violence, said in an interview with Reuters that, “It should not be up to individual sheriffs or police officers deciding which laws they personally like.”