Food and Drug Administration Commissioner Scott Gottlieb is stepping down in the middle of his fight against “epidemic” teen e-cigarette use, Health and Human Services Sec. Alex Azar announced Tuesday.

Sources close to Gottlieb say he is resigning so he can spend more time with his wife and three daughters, reported CNBC. They have been living in Westport, Connecticut, while he commutes back and forth to Washington, D.C.

“Scott Gottlieb, who has done an absolutely terrific job as Commissioner of the FDA, plans to leave government service sometime next month,” Trump wrote on Twitter after the news broke. “Scott has helped us to lower drug prices, get a record number of generic drugs approved and onto the market, and so many other things. He and his talents will be greatly missed!”

Scott Gottlieb, who has done an absolutely terrific job as Commissioner of the FDA, plans to leave government service sometime next month….

Gottlieb’s successor is unknown. He is slated to hold the position for another month, according to CNBC. (RELATED: FDA Commissioner Goes After Walgreens And Other Retailers Allegedly Selling Tobacco To Minors)

The FDA had just called out pharmacy chain Walgreens and other retailers it said were caught selling tobacco products to minors in a press release Monday. Gottlieb also requested Monday that Walgreens’ management team meet with him. 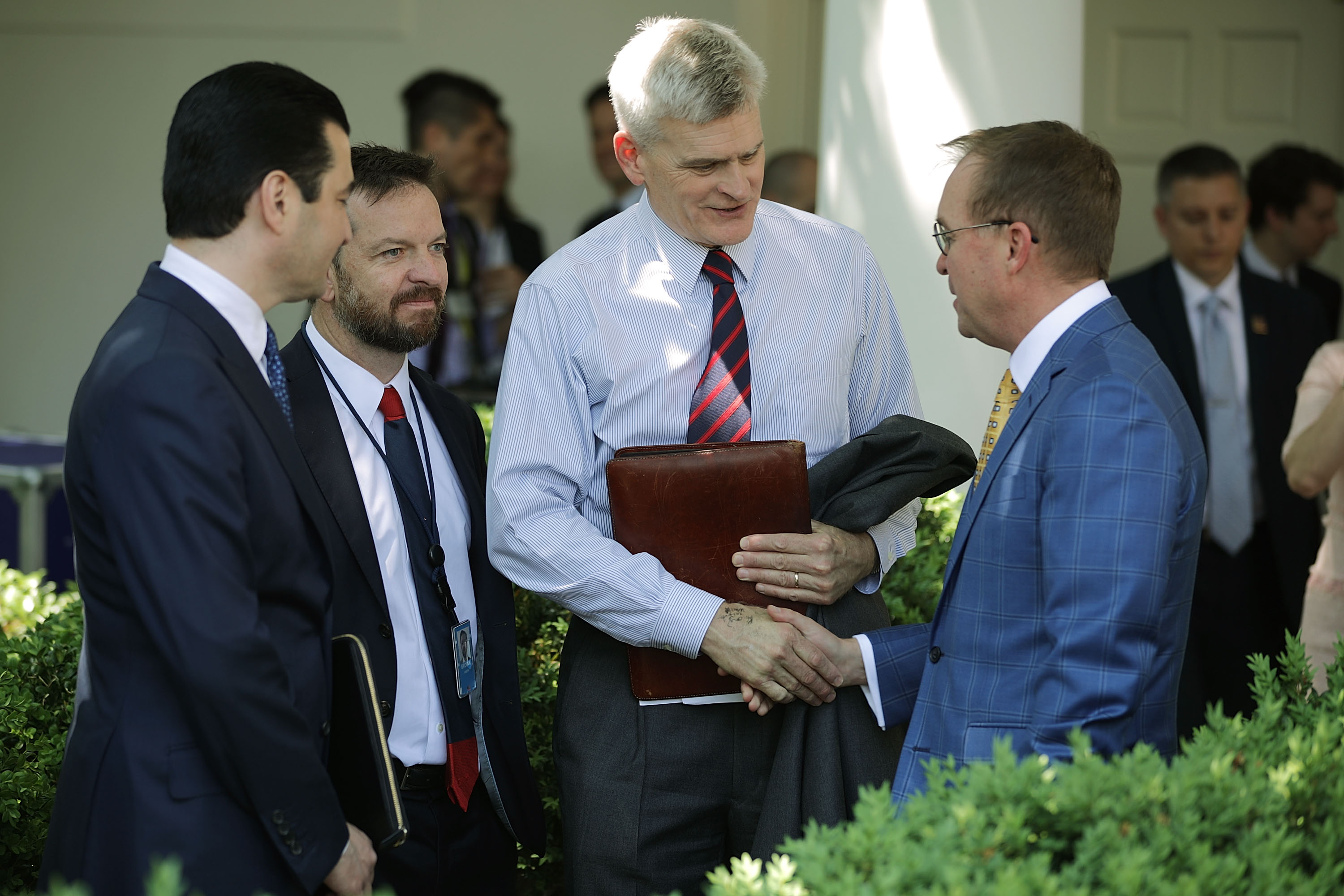 U.S. Food and Drug Administration Commissioner Scott Gottleib (L), Sen. Bill Cassidy (C) and Office of Management and Budget Director Mick Mulvaney (R) greet one another before an announcement by President Donald Trump about drug prices in the Rose Garden at the White House May 11, 2018 in Washington, DC. (Photo by Chip Somodevilla/Getty Images)

Gottlieb made enemies out of e-cigarette companies like JUUL by cracking down on them in hopes of cutting down teen vaping, which he called an epidemic.

He didn’t make fans among some in the conservative faction, either, who viewed his policies as anti-free market.

“Commissioner Gottlieb’s tenure at the helm of the FDA started out with great promise in terms of deregulation that put the health of American consumers first,” conservative and libertarian advocacy group FreedomWorks said in a statement Tuesday. “Unfortunately, in the past few months the Commissioner completely reversed course, proposing a nanny state agenda that included a ban on e-cigarette vaping products and limitations on the use of phrases such as ‘almond milk.'”