Moore, whose unsuccessful 2017 Senate bid was derailed after he was accused of pursuing or sexually assaulting under-aged girls while he was in his 30s, expressed his belief that the 2017 race was “stolen” during an interview with host Bryan Fischer on the American Family Radio show “Focal Point.”

“Tell me what you’re thinking about throwing your hat back into the ring,” Fischer asked.

“Well, I’m seriously considering it, I think that it was stolen and I think that’s been pronounced in the national newspapers,” responded the former Alabama Supreme Court chief justice before describing what he considered a disinformation campaign that’s been “widely proclaimed.” 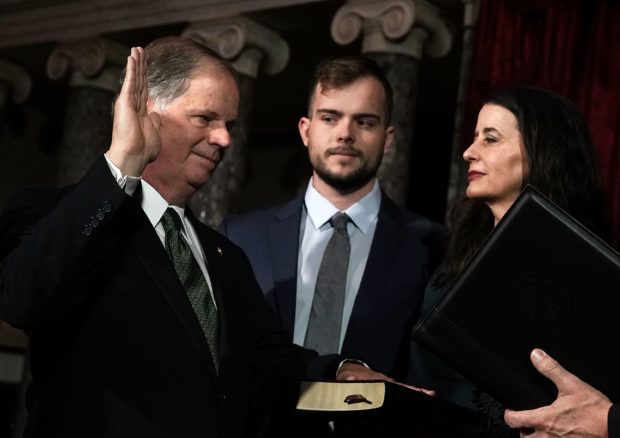 Alabama Attorney General Steve Marshall in December opened an investigation into whether a Democratic disinformation campaign that hired operatives to create fake Russian bots that followed Moore on Facebook and Twitter could have violated campaign laws and swayed what was already a razor thin election. (RELATED: 139 Days Later And God Still Hasn’t Told Roy Moore To Resign)

Democratic Senator Doug Jones narrowly defeated Moore in the traditionally red state in the special election held to fill the role vacated by former U.S. Attorney General Jeff Sessions. While that election was held to determine who would fill the remaining two years, the 2020 election will be for a full, six-year term.

Moore has vehemently denied the allegations against him and even compared them to Special Counsel Robert Mueller’s investigation into alleged collusion between President Donald Trump and Russia.