An Ohio man is fasting from food for Lent and will drink only beer until Easter Sunday, like a 17th century German monk.

Del Hall, an employee of Fifty West Brewing Company, said that though he has done a four-day water fast, distinguished himself in the Army, and run a marathon, the challenge of consuming only beer and water for the 46 days seems daunting to him. Hall took his cue for this fast from German monks of the 1600s who, during the Christian liturgical season of Lent, consumed only a certain style of relatively nutritious beer until Easter. (RELATED: Lutherans Are The Biggest Boozers Among Protestant Christians, Poll Finds)

“Being master brewers, they decided they would take a popular style of beer in Germany, bock beer, make it extra hearty and that would be their liquid bread and that’s what they call it,” Hall said according to Idaho News. “So the monks in Bavaria, they would call doppelbock liquid bread and basically it would sustain them through the 46 days of Lent.”

“I’m an Army veteran, I was number one in my class in the Army, I’ve run a full marathon before, 26.2 miles, I’ve done big challenges but this seems very daunting,” he said. “So I’m just curious if I’m up to the challenge, if I’m going to be able to do it or not.” 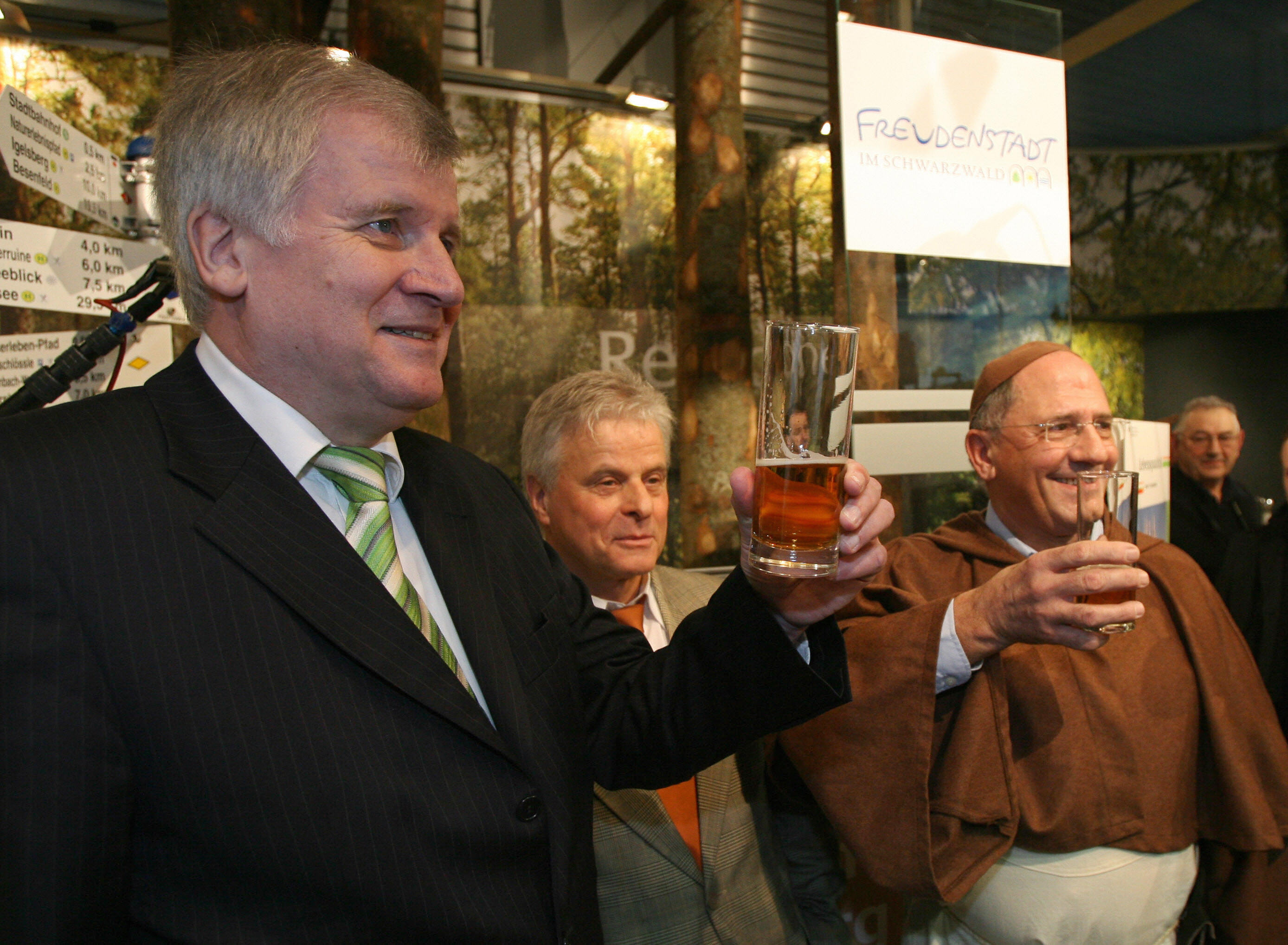 German Consumer Protection, Food and Agriculture Minister Horst Seehofer (L) holds his glass of beer up as he drinks with an employee dressed as a monk at the German Agriculture Ministry’s stand of the “Gruene Woche” international food and agriculture fair in Berlin 17 January 2008. (JOHN MACDOUGALL/AFP/Getty Images)

The fast comes from a particular monastic order called the Paulaner monks who settled in the Cloister Neudeck ob der Au in Bavaria in the 1600s.

“Being a strict order, they were not allowed to consume solid food during Lent,” Martin Zuber, braumeister and beer sommelier of Paulaner Brewery, said according to Catholic News Agency.

Zuber said that the monks drank their strong brew because “liquid bread wouldn’t break the fast” according to their understanding of Lenten obligation.

J. Wilson, a Christian editor of a local Iowa newspaper, recreated the beer fast for Lent in 2011. He drank four beers a day, checked in with his doctor regularly, and documented his experience in a blog for CNN.

“At the beginning of my fast, I felt hunger for the first two days. My body then switched gears, replaced hunger with focus, and I found myself operating in a tunnel of clarity unlike anything I’d ever experienced,” he wrote.

Wilson said that he lost 25.5 pounds over the course of the fast and developed a level of self-discipline and attained a degree of mental and physical rejuvenation that he that he had not previously experienced.

“The experience proved that the origin story of monks fasting on doppelbock was not only possible, but probable,” Wilson added. “It left me with the realization that the monks must have been keenly aware of their own humanity and imperfections. In order to refocus on God, they engaged this annual practice not only to endure sacrifice, but to stress and rediscover their own shortcomings in an effort to continually refine themselves.”