Malaysian Attorney General Tommy Thomas said prosecutors dropped the charges against Siti Aisyah, 26, in response to lobbying from the government of her native Indonesia, which asked for her release at every meeting with Malaysian officials. Aisyah stood accused along with Doan Thi Huong of  killing Kim Jong Nam by applying VX nerve agent to his face in February 2017 in the airport in Kuala Lumpur. (RELATED: ‘Sometimes You Have To Walk’: Trump Leaves Second NoKo Summit With No Deal)

“I feel very happy. I didn’t expect that today will be the day of my freedom,” Aisyah said at a press conference, according to The Washington Post.

“We are grateful the public prosecutor has come to this conclusion, because we truly believe she is merely a scapegoat and she is innocent,” he said. 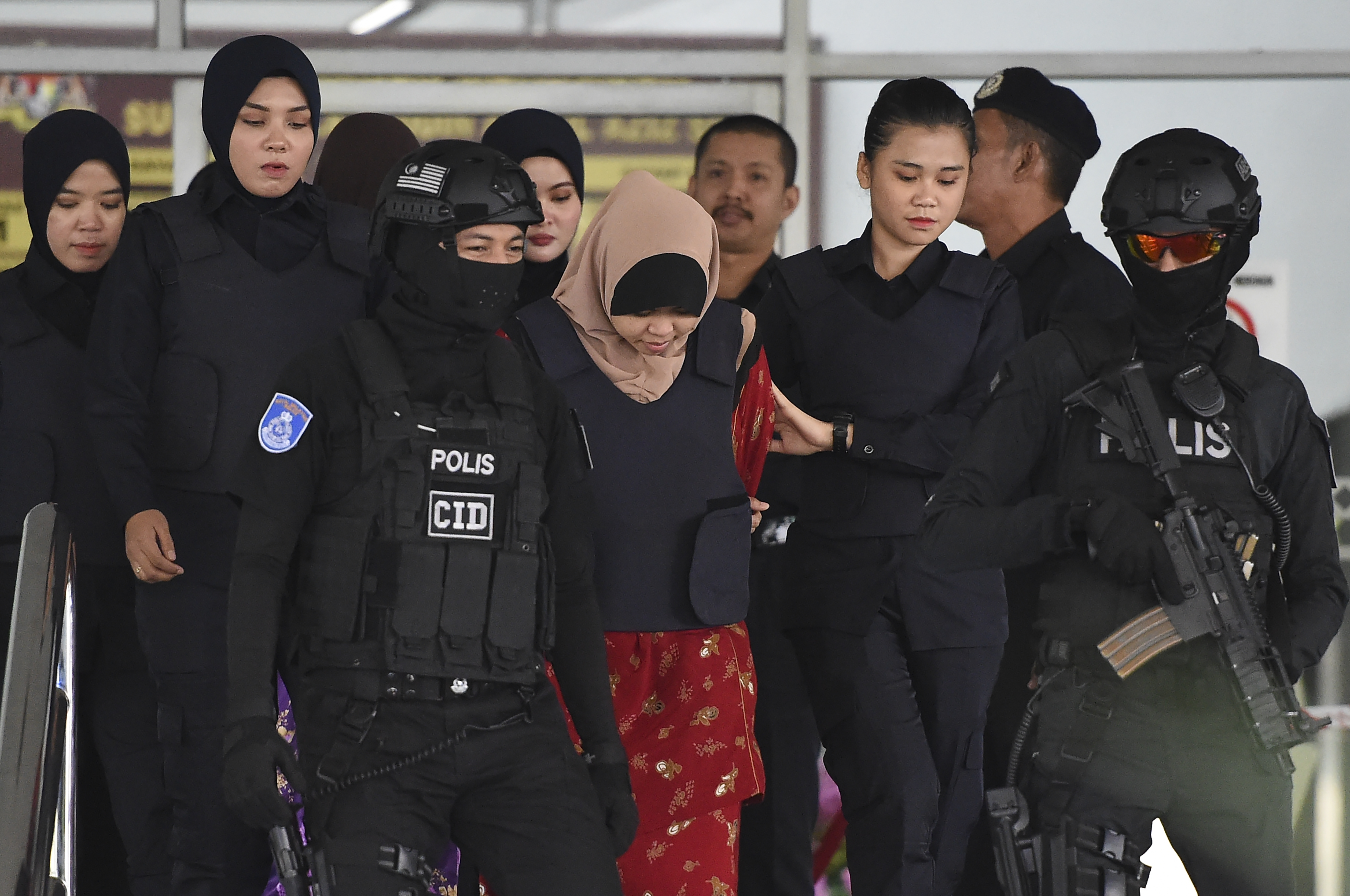 Indonesian national Siti Aisyah (C) is escorted by Malaysian police after a special court session to rule on witness statements at the Shah Alam High Court, outside Kuala Lumpur on December 14, 2018 for her alleged role in the assassination of Kim Jong Nam, the half-brother of North Korean leader Kim Jong Un. (MOHD RASFAN/AFP/Getty Images)

Thomas wrote in a letter to Indonesia’s minister of law and human rights that prosecutors decided to drop Aisyah’s charges and release her “taking into account the good relations” between Malaysia and Indonesia.

Aisyah and Huong have maintained since their arrests that they thought they were participating in a prank show and were going to apply lotion to a man’s face. Four North Koreans fled Malaysia on the day of Kim Jong Nam’s assassination, and authorities arrested only Aisyah and Huong. Authorities believe that Kim Jong Un had his half-brother assassinated as part of an effort to consolidate his power after he became the ruler of North Korea.

Kim Jong Nam was the eldest son of their late father Kim Jong Il, and therefore presented a potential threat to Kim Jong Un’s legitimacy as ruler of North Korea.

A Malaysian high court ruled in August that existing evidence warranted prosecution of the four North Korean fugitives, Aisyah, and Huong on charges of conspiracy to murder Kim Jong Nam. Huong will still stand trial, though her lawyer, Teh Poh Teik, insists that she too is just a scapegoat and says that he is seeking her release on the basis that there is no difference between her case and that of Aisyah.

“We are hoping against hope that the charges against her will be dropped,” he said. “It is unfair that despite the case being the same for both, that one could have been dropped without explanation, while the other is being set to continue.”

Authorities believe that North Korean agents recruited Huong, who hails from Vietnam, while she worked at a bar in Hanoi. Her trial continues on Thursday.