The account, “free.palestine.1948,” routinely posts anti-Semitic content and photos critical of Israel. After CRC’s report that she followed the account on Friday, Tlaib unfollowed them, adding a disclaimer to her Instagram bio that reads, “Note: Following someone or group does not mean I endorse all of their posts.” 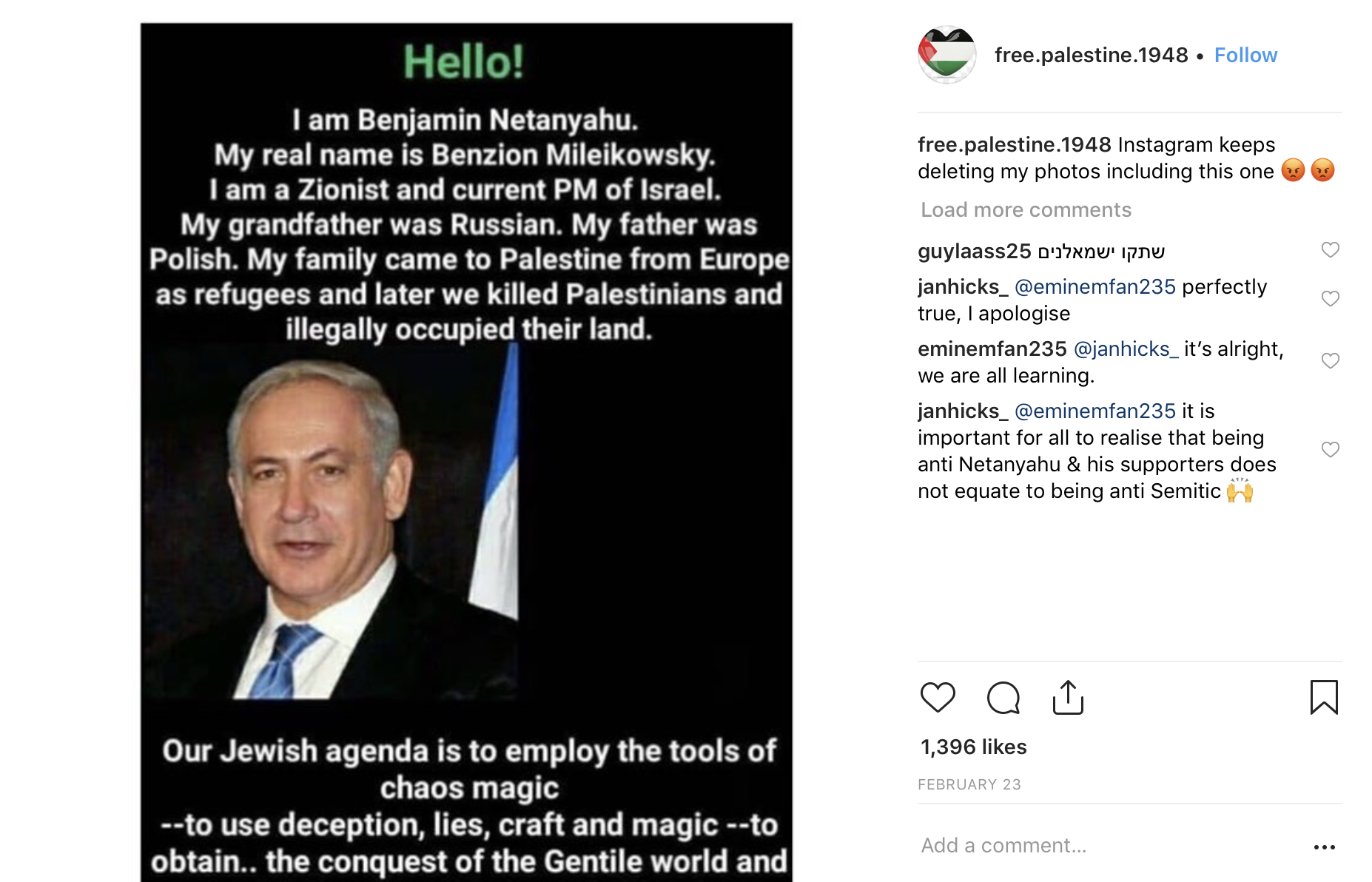 “Free.Palestine.1948” posts a photo on Instagram of Israeli Prime Minister Benjamin Netanyahu accusing him of employing “the tools of chaos magic” to obtain “the Gentile world.”

This Instagram account alleges that Israel was secretly behind 9/11, while also accusing Prime Minister Benjamin Netanyahu of using “deception, lies, craft and magic” in an attempt to conquer “the Gentile world.” It has also compared Netanyahu to Adolf Hitler. 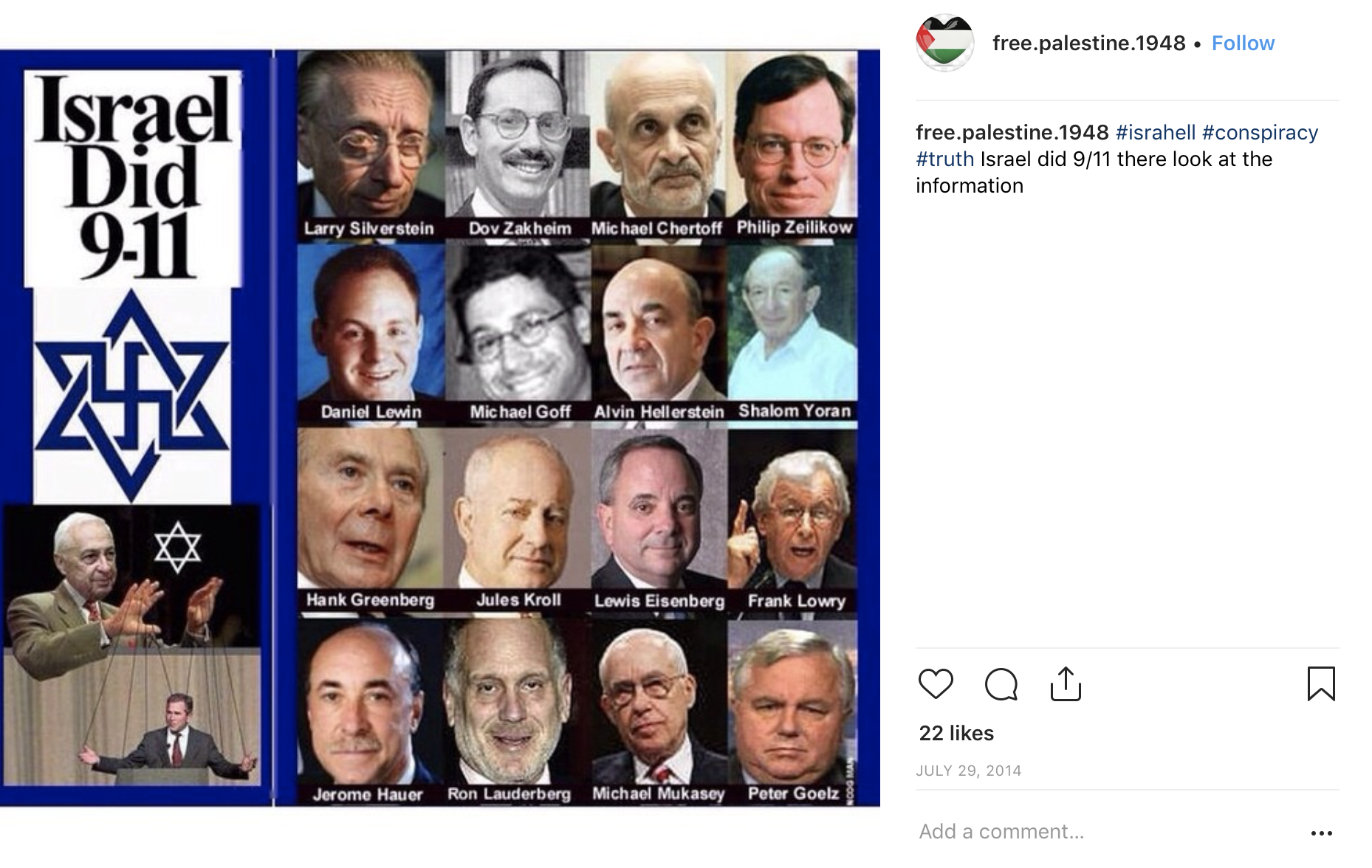 “Free.Palestine.1948” posts a photo on Instagram alleging that Israel was responsible for 9/11.

Tlaib, one of the first Muslim women in Congress, previously received criticism for being a member of the Facebook group “Palestinian American Congress,” which posts similar content, according to previous reporting from the Daily Caller News Foundation. The group’s founder, Palestinian activist Maher Abdel-qader, was a key fundraiser for Tlaib and organized campaign events for her around the country.

“Free.Palestine.1948” posts a photo on Instagram alleging that Israel was responsible for 9/11.

Some also criticized the Michigan congresswoman for having Abbas Hamideh, a Palestinian activist who does not believe in Israel’s right to exist, at a private event celebrating her inauguration. (RELATED: ADL Demands Tlaib Explain Her Relationship With Pro-Hezbollah Activist) 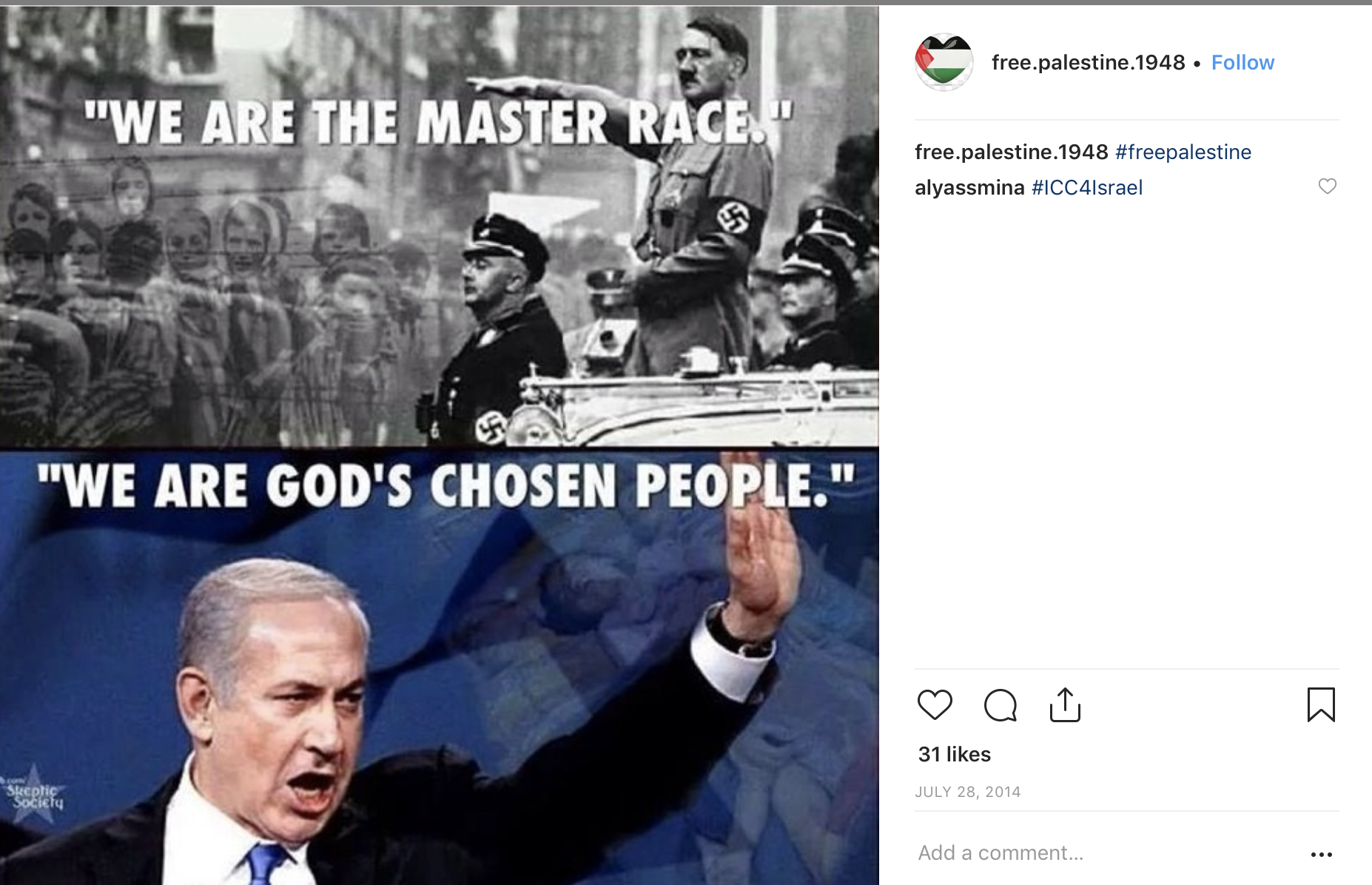 Tlaib’s office did not respond to a request for comment.