Airplanes are becoming far too complex to fly. Pilots are no longer needed, but rather computer scientists from MIT. I see it all the time in many products. Always seeking to go one unnecessary step further, when often old and simpler is far better. Split second decisions are….

….needed, and the complexity creates danger. All of this for great cost yet very little gain. I don’t know about you, but I don’t want Albert Einstein to be my pilot. I want great flying professionals that are allowed to easily and quickly take control of a plane!

Trump’s tweet comes as several countries grounded the Boeing 737 MAX aircraft from their airspace and investigations are underway. The Ethiopian Airlines crash was eerily similar to an October 2018 Lion Air crash in Indonesia. Both crashes occurred minutes after takeoff, killed all passengers on board, and involved pilots reporting flight control problems before losing control of the specific aircraft.

Boeing signage is seen on the outside of the Boeing Sheffield factory, the aerospace company’s first manufacturing facility in Europe, in Sheffield, northern England on October 25, 2018. – The US aircraft manufacturer Boeing inaugurated its first plant in Europe in the north of England on Thursday, which will produce high value-added components and is a symbol of the Brexit approach. (Photo: OLI SCARFF/AFP/Getty Images)

The investigation into the Lion Air crash revealed that pilots were flummoxed by new software in the Boeing aircraft and the automatic flight control systems. Boeing updated its flight control systems after the crash and is standing by the safety of its aircraft. (RELATED: Nearly 190 People Feared Dead After Indonesian Plane Crashes Into The Sea)

“Boeing has been working closely with the Federal Aviation Administration (FAA) on development, planning and certification of the software enhancement, and it will be deployed across the 737 MAX fleet in the coming weeks. The update also incorporates feedback received from our customers,” the company said in a statement, adding “it is important to note that the FAA is not mandating any further action at this time, and the required actions in AD2018-23.51 continue to be appropriate.” 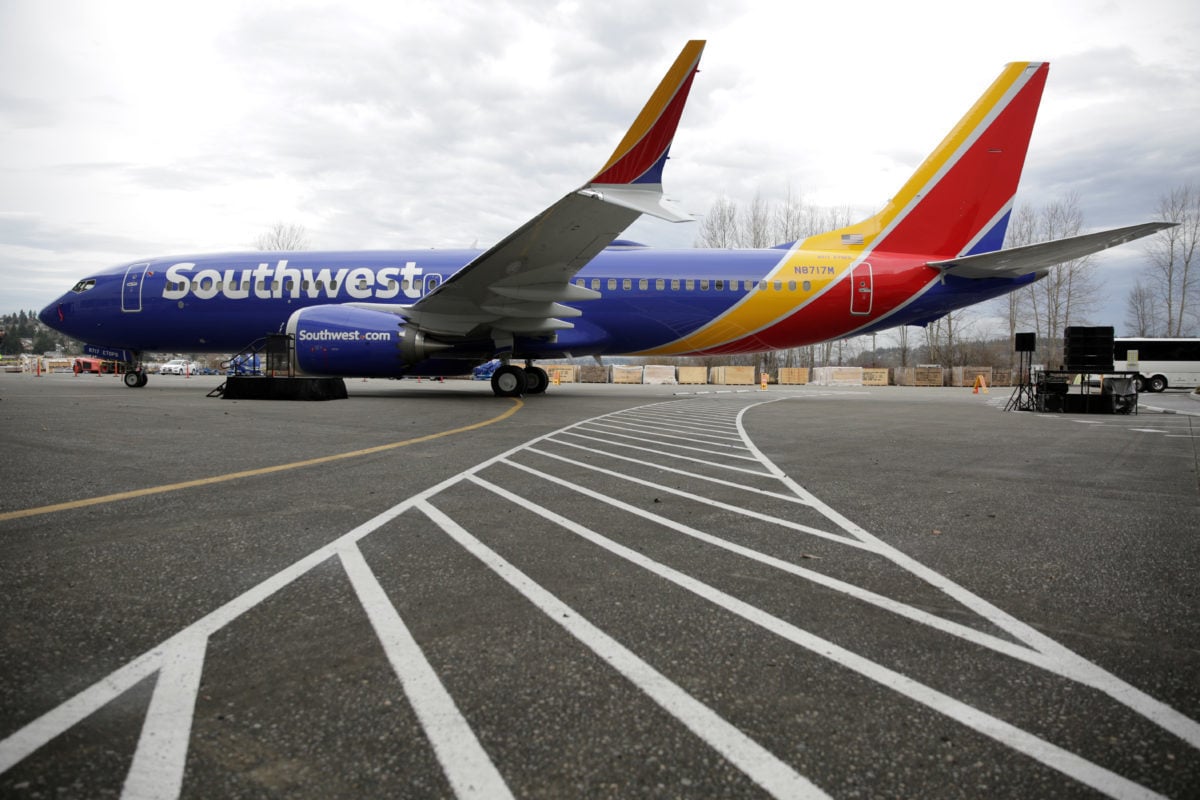 The 737 MAX 8 produced for Southwest Airlines is pictured as Boeing celebrates the 10,000th 737 to come off the production line in Renton, Washington, U.S. March 13, 2018. REUTERS/Jason Redmond | Southwest Airlines Plane Depressurizes

Despite Boeing’s statement, several countries have banned the particular 737 from operating, including Germany, the U.K., Australia, Singapore, and Malaysia. Sens. Mitt Romney, Richard Bluementhal, and Dianne Feinstein also called for the grounding of the aircraft until an investigation is pursued.

The FAA & the airline industry must act quickly & decisively to protect American travelers, pilots, & flight attendants. All Boeing 737 Max 8s should be grounded until American travels can be assured that these planes are safe. https://t.co/6yRQFasFHR

Out of an abundance of caution for the flying public, the @FAANews should ground the 737 MAX 8 until we investigate the causes of recent crashes and ensure the plane’s airworthiness.