China is trying to stem an economic slowdown, including rising unemployment, continuing into the first two months of 2019 after documenting its worst year of economic growth in nearly 30 years in 2018.

Beijing is trying to counter the slowdown by spending more on infrastructure project and encouraging banks to extend loans to small businesses, reported The Wall Street Journal Thursday.

China’s economic health indicators were released Thursday and encourage far less optimism than they did this time last year. Home sales by value rose 4.5 percent in January and February from a year earlier, compared with a 14.7 percent increase at the same point in 2018, according to The WSJ. And the country’s value-added industrial output, which “measures the economy’s manufacturing, mining, utilities and other output,” had a 5.3 percent year-over-year increase as of the January-February period compared to a 5.7 percent year-over-year increase in December.

Unemployment numbers also indicate a slowdown. A national urban survey unemployment rate grew from 4.9 percent in December to 5.3 percent in February, according to The WSJ. (RELATED: TRUMP RESPONDS TO #FAKEMELANIA CONSPIRACY THEORY) 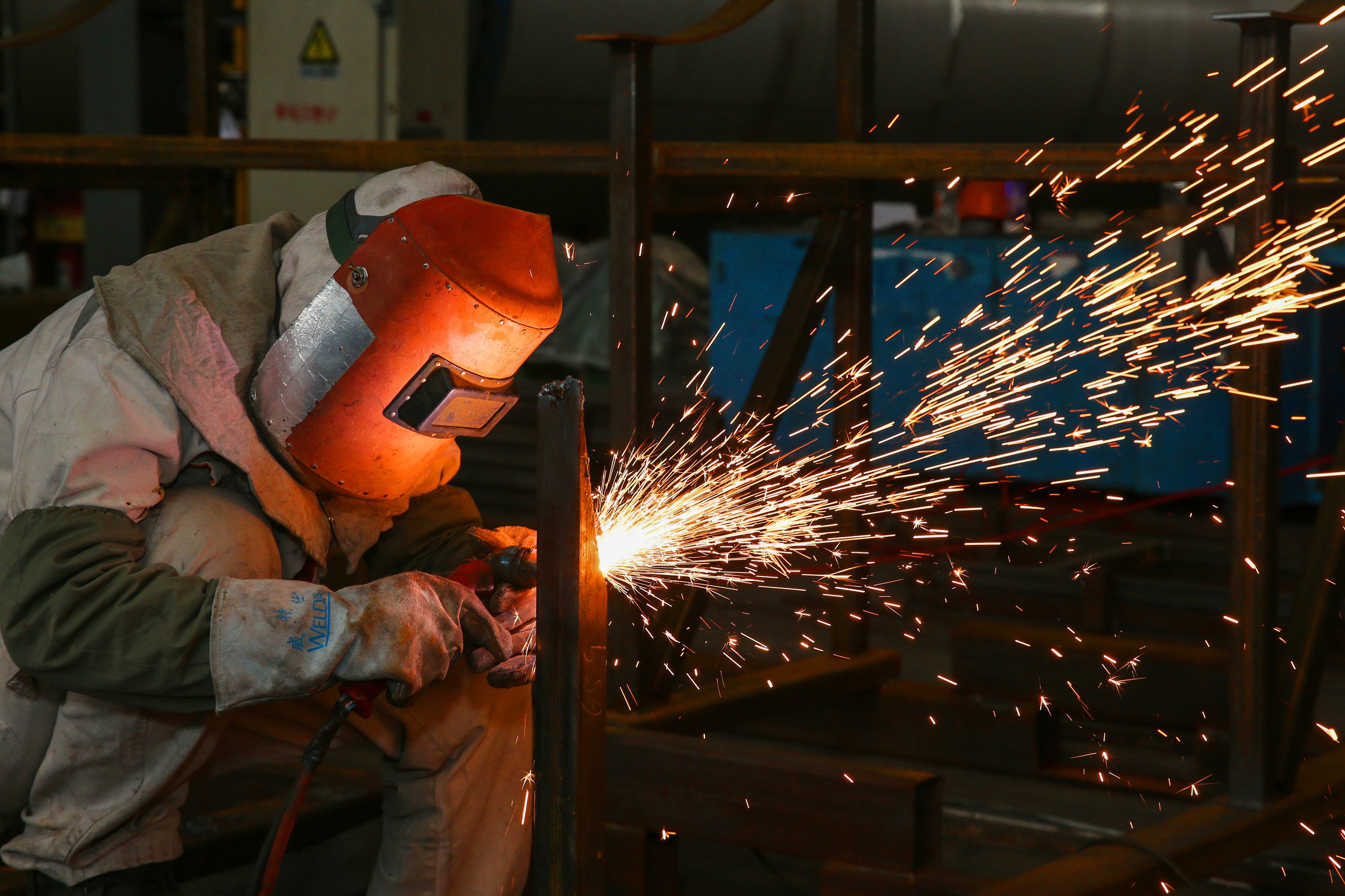 A worker welds a liquefied natural gas (LNG) tank parts at a factory in Nantong in China’s eastern Jiangsu province on March 14, 2019. – China’s industrial output slowed during the first two months of the year as unemployment rose, official data showed on March 14, while some indicators showed a slowdown in the world’s second largest economy stabilising. (Photo by STR / AFP) / China OUT (Photo credit should read STR/AFP/Getty Images)

Some experts predict the Chinese economy will hit its adjusted economic-growth target of around 6 percent. China is likely to exceed 6 percent in coming quarters because it has “the capacity to boost growth if needed,” Philippe Ithurbide, global head of research at Amundi, told Bloomberg in a video posted Thursday.

The WSJ warned that “getting an accurate read” of China’s economy is hard in January and February because of the Lunar New Year holiday, prompting economists to combine data from the two months.

The new data comes as U.S. President Donald Trump and Chinese President Xi Jinping are expected to meet in April after months of a tit-for-tat trade war. Trump announced in late February he was delaying tariffs on Chinese imports.

But the U.S. is not done with using tariffs to ensure China plays by its rules.

“We have to maintain the right to be able to, whatever happens to the current tariffs, to raise tariffs in situations where there’s violations of the agreement,” U.S. Trade Representative Robert Lighthizer told the Senate Finance Committee Tuesday according to Bloomberg. “I can’t predict success at this point, but we’re working hard and we have made real progress.”

China’s economy slowed dramatically during 2018, dropping to its lowest point in nearly 30 years as the communist country battled a prolonged tariff fight against President Donald Trump.