Former Texas Rep. Robert “Beto” O’Rourke raised more than $6.1 million in one day following his announcement that he will seek the Democratic nomination for the presidency in 2020.

“Beto O’Rourke raised a record-breaking $6,136,763 in online contributions during the first 24 hours of his grassroots campaign for President of the United States,” Chris Evans, communications director for O’Rourke’s campaign tweeted. “Without a dime from PACs, corporations or special interests.”

NEW: Beto O’Rourke raised a record-breaking $6,136,763 in online contributions during the first 24 hours of his grassroots campaign for President of the United States. Without a dime from PACs, corporations or special interests.

The high fundraising haul surpasses all of the other 2020 Democrats who have disclosed their contributions thus far. Prior to O’Rourke’s announcement, Independent Vermont Sen. Bernie Sanders lead the fundraising pack with nearly $6 million from roughly 223,000 people in one day. Comparatively, California Democratic Sen. Kamala Harris took in $1.5 million in 24 hours and Democratic Minnesota Sen. Amy Klobuchar hit the $1 million mark in 48 hours.

“In just 24 hours, Americans across this country came together to prove that it is possible to run a true grassroots campaign for president — a campaign by all of us, for all of us, that answers not to the PACs, corporations, and special interests but to the people,” O’Rourke said in a statement.

After months of speculation, the three-term congressman announced Thursday that he is running for president in 2020. (RELATED: Beto’s Spanish Language Campaign Site Removes ‘America’ From His Slogan) 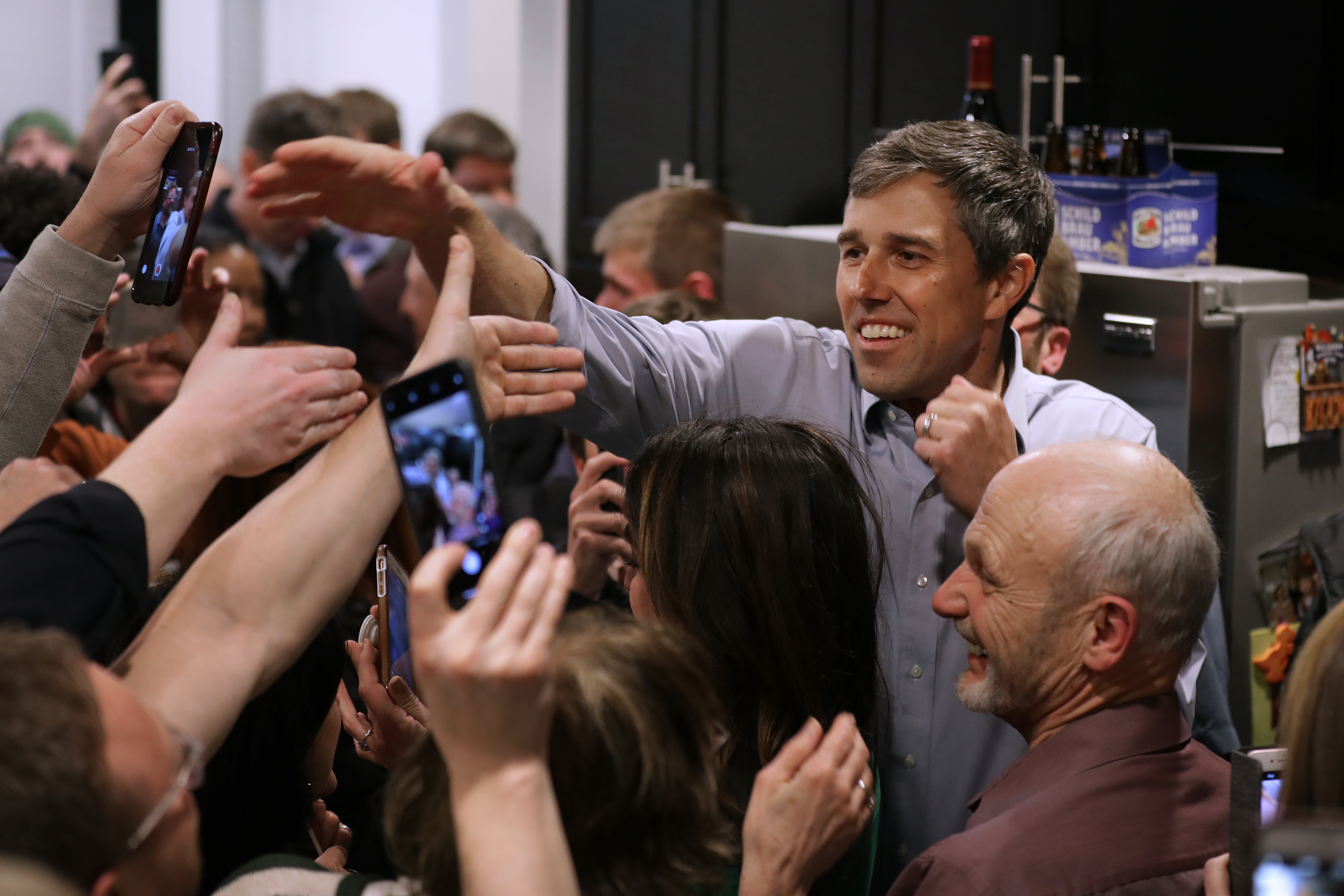 O’Rourke has a proven capacity to generate enormous campaign donations, particularly with small-dollars, which was highlighted during his run for Senate against Republican Texas Sen. Ted Cruz in 2018. He amassed a war chest of cash after donations from around the country began rolling in — accordingly, he received more campaign contributions in one quarter than any Senate candidate in American history. However, he burned through almost all of the record-breaking $80 million he raised while campaigning.

O’Rourke, who continuously trailed Cruz throughout the duration of their campaigns, failed to attain the seat as junior U.S. senator to the state of Texas