Former Democratic Texas Rep. Robert “Beto” O’Rourke officially launched his presidential campaign website on Thursday and despite touting the slogan “Beto for America” on the English webpage, the Spanish page translates his slogan into “Beto for everyone.”

Following months of speculation, O’Rourke announced that he would be seeking the Democratic nomination for the presidency in 2020 and opted for his campaign slogan to be “Beto for America,” which boldly appears on his newly-minted campaign website. However, when a user clicks on the Spanish interface, the website welcomes with the boldface phrase “Beto para todos,” or “Beto for everyone.” After the welcome text fades, a smaller “Beto para Estados Unidos” or “Beto for the United States” appears in the upper corner. 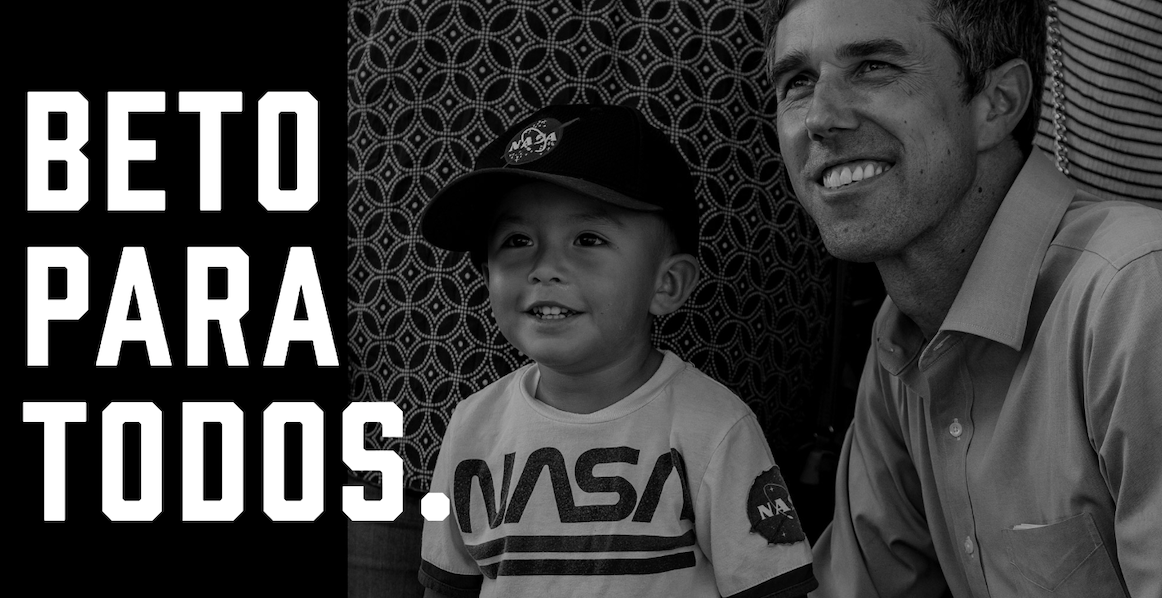 The website also received criticism for containing a variety of merchandise and options to donate, yet neglects to state any of his policy positions. The three-term El Paso congressman notably received backlash for failing to clarify where he stood on issues during his unsuccessful run to unseat Republican Sen. Ted Cruz. (RELATED: Beto Has Reportedly Been Working Behind The Scenes For 2020 Run)

O’Rourke constantly avoided answering how he would handle migrant caravans that was heading toward the U.S.-Mexico border, despite immigration and border security overwhelmingly being the top issues for voters in Texas. Cruz called on O’Rourke in November to clarify his stances and urged reporters to do the same; after endorsing O’Rourke, the Dallas Morning News echoed Cruz’s calls for clarification.

After Cruz defeated O’Rourke, the former congressman revealed that he was mulling over running for president in 2020, despite repeatedly claiming that it was a “definitive no” regarding whether he would run or not.

Mirroring his unsuccessful campaign model, O’Rourke embarked on a solo road trip in January to meet voters, where he had been chronicling the trip on social media and raising some eyebrows with bizarre antics such as a Instagram live stream from his dental hygienist’s chair.

O’Rourke’s campaign did not reply to The Daily Caller News Foundation’s request for comment.