Democratic presidential hopeful Kirsten Gillibrand has garnered one endorsement from a sitting member of Congress since the New York lawmaker announced her 2020 run Sunday.

Democratic New York Rep. Carolyn Maloney is the only sitting member of Congress who had endorsed Gillibrand as of Sunday, reported The Hill.

“I am proud to endorse my friend Sen. Gillibrand to be our next President and the nation’s first woman President,” Maloney wrote on Twitter Sunday. “I saw her tenacity when we fought together to pass the 9/11 Health bill and know she has what it takes to defeat [President Donald] Trump.” (RELATED: Gillibrand’s Office Hit With Sexual Allegations, Aide Resigns In Protest)

I am proud to endorse my friend @SenGillibrand to be our next President and the nation’s first woman President. I saw her tenacity when we fought together to pass the 9/11 Health bill and know she has what it takes to defeat Trump. https://t.co/R11qUOLC2A

Maloney’s endorsement comes as Gillibrand struggles to win over members of the congressional delegation in her home state, according to a Politico report in early March. Democratic New York Reps. Sean Maloney and Kathleen Rice opted to endorse Gillibrand’s rival, former Texas Rep. Beto O’Rourke, instead. O’Rourke announced his 2020 bid on March 14. 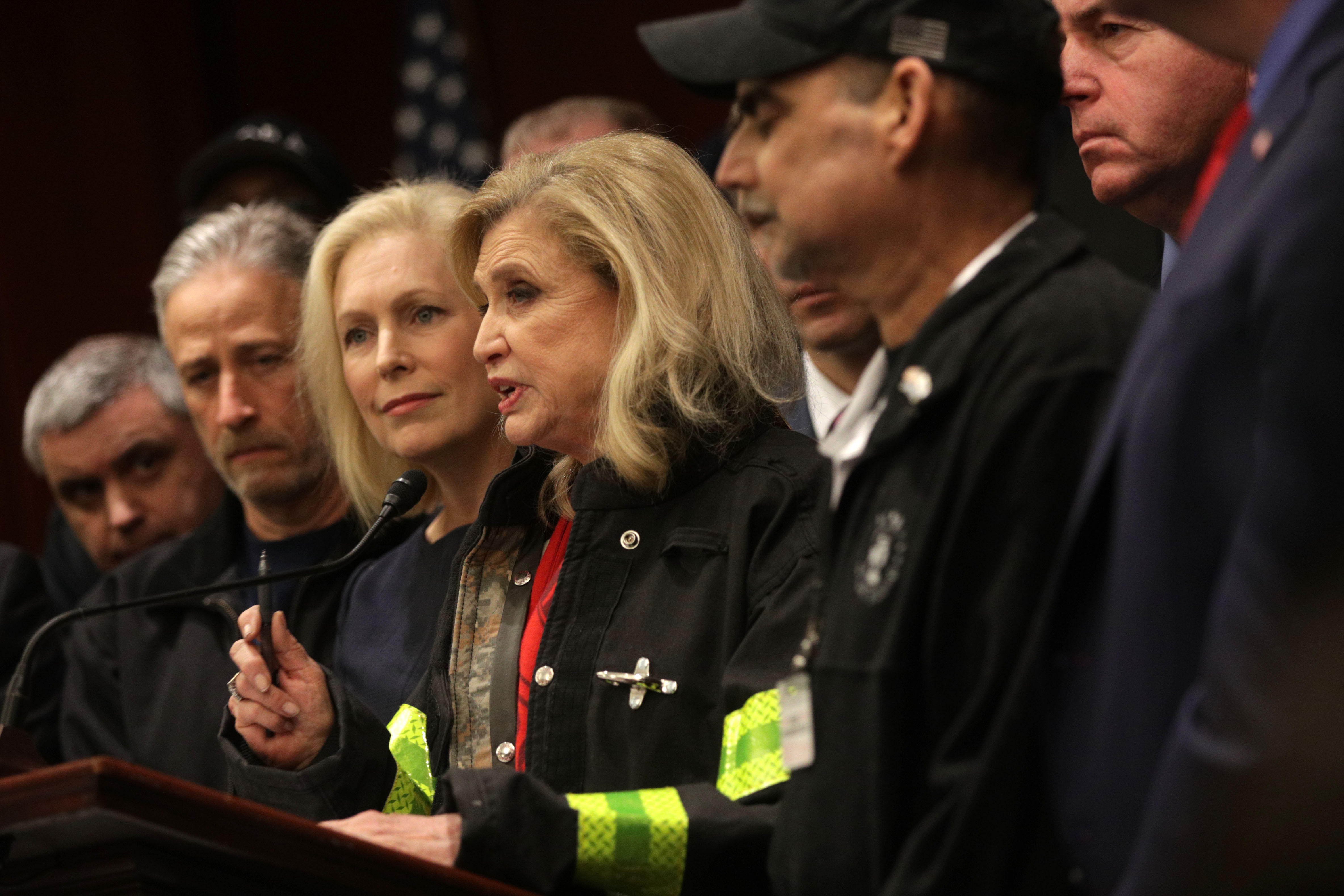 Meanwhile, Sen. Kamala Harris, a fellow Democratic 2020 contender, has secured endorsements from at least five House members from her home state of California, according to Politico.

Gillibrand has been trying to lock down New York support with lunches, drinks and phone calls, reported Politico. She will have to act fast in case Democratic New York City Mayor Bill de Blasio jumps into the 2020 race.

Gillibrand made her 2020 bid official with a video Sunday and is planning to deliver a speech in front of the Trump International Hotel in New York City on March 24, reported Politico.

Gillibrand’s office came under fire in mid-March after new information emerged about a female staffer who resigned citing mishandling of her sexual harassment allegations against a male staffer, who was a favorite of Gillibrand.