“Truth is generally the best vindication against slander,” the quote reads.

Truth is generally the best vindication against slander. — Abraham Lincoln

With her not-so-subtle tweet, the eldest daughter of President Donald Trump became the latest member of Trump-world to take a victory lap after Mueller’s 675-day-long investigation concluded that neither the president nor members of his campaign attempted to collude with Russia. (RELATED: The Media’s Russia ‘Bombshells’ Look Even Worse Now That Mueller Found No Collusion)

“The investigation did not establish that members of the Trump campaign conspired or coordinated with the Russian government in its election interference activities,” Mueller wrote, according to a letter sent by Attorney General Bill Barr to Congress. (RELATED: White House Reacts To Mueller Report Release)

The Trump family has approached the nearly two-year-long investigation into alleged Russian interference in the 2016 presidential election with confidence. In an interview with ABC News last month, Ivanka said that she had “zero concern” about the probe. 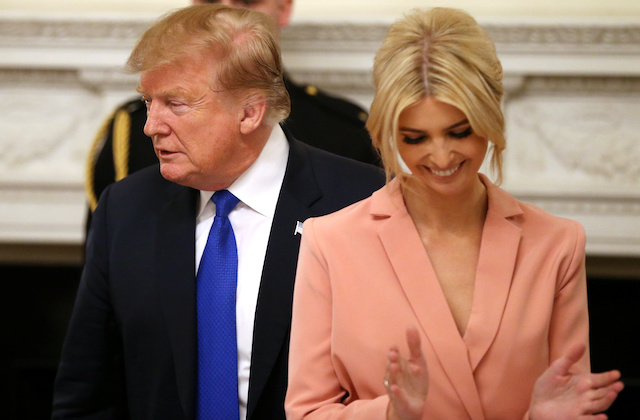 “There’s nothing there, yet it’s created weeks and weeks and months of headlines,” she said at the time. “So, no, I have zero concern.”

The full Mueller report has yet to be released to the public, but Barr’s letter has widely been seen as a victory for the president and his family, after nearly two years of speculation and rumors. President Trump himself tweeted Sunday night that the report was a “Complete and Total EXONERATION.”