The Supreme Court has turned down two bids to halt the Trump administration’s ban on bump stocks, an accessory that increases a semiautomatic rifle’s rate of fire.

Chief Justice John Roberts rejected one application to stay the bump stock ban on Tuesday. A second and final effort to delay implementation of the bump stock rule was rejected Thursday. As is typical of orders of this nature, the Supreme Court did not give reasons for rejecting the application. There were no noted dissents. Both challenges to the bump stock prohibitions will continue in the federal courts.

The ban requires any person or entity in possession of bump stocks to destroy or surrender them to the Bureau of Alcohol, Tobacco, Firearms and Explosives (ATF) by March 26. The penalty for noncompliance is up to 10 years in jail and a $250,000 fine.

Gun Owners of America, the plaintiff in one of the cases before the high court, said the administration was creating a new criminal offense without congressional authorization.

“The [bump stock ban] is the very embodiment of a violation of the separation of powers — congressional authority being wielded by an administrative agency,” their stay application reads. “What’s more, this case does not involve a run-of-the-mill regulatory provision. Rather, the agency has created a new crime — felony ownership of a bump stock — out of whole cloth.”

There are 500,000 bump stocks in circulation, according to Gun Owners of America. (RELATED: Supremes Hear Opening Skirmish In War Against The Administrative State) 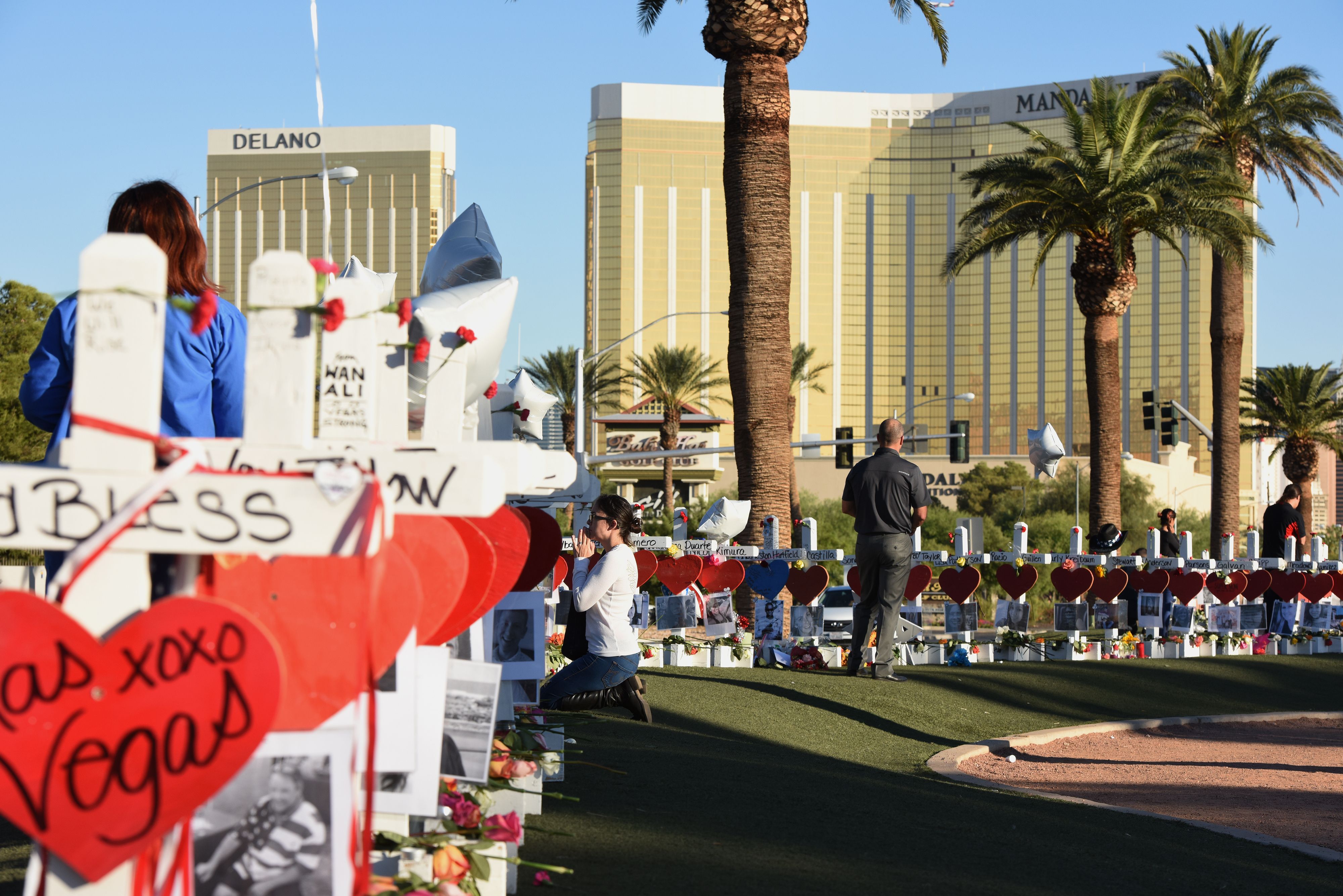 A woman prays beside 58 white crosses for the victims of the mass shooting on the Las Vegas Strip just south of the Mandalay Bay hotel, October 6, 2017. (Robyn Beck/AFP/Getty Images)

Writing for the Trump administration, Solicitor General Noel Francisco told the justices that the government could legitimately regulate bump stocks under the National Firearms Act and subsequent federal statutes that practically ban machine guns. The government says it can regulate bump stocks under those laws because the accessory turns an ordinary semiautomatic rifle into the functional equivalent of a machine gun.

“Implementation of the rule promotes that public interest by protecting the public from the dangers posed by machine guns prohibited by federal law,” Francisco wrote.

Federal investigators have never identified a motive for Paddock’s rampage, which was the deadliest in U.S. history.