Recreational marijuana has been legal in Canada for almost six months but it was impossible to find a cannabis store in the country’s largest city until Monday.

People have been buying cannabis online and at some approved stores across the country but the first pot shop opened up April 1 in Toronto. The Hunny Pot Cannabis Co. was ready for business despite an unseasonably cold day, Bloomberg Business News reports. And customers were ready to buy. (RELATED: It’s Legal Weed Wednesday All Over Canada)

Caryma Sa’d got in line Sunday night despite snowfall.

“I wasn’t sure what the scene would be and I would have hated to be fourth or fifth,” Sa’d, who is described as “a cannabis lawyer,” told Bloomberg.

The store resembles an upscale combination of old-style tobacconist and trendy head shop. Various strains of marijuana can be viewed in stylish cabinets and a load of pot paraphernalia is also available for sale, such as the pipes and rolling papers that were always available for marijuana users even when the drug was illegal in Canada.

Canadian Prime Minister Justin Trudeau made legalized weed a cornerstone of his 2015 election campaign and it became a legislative priority when his Liberal government came to power. 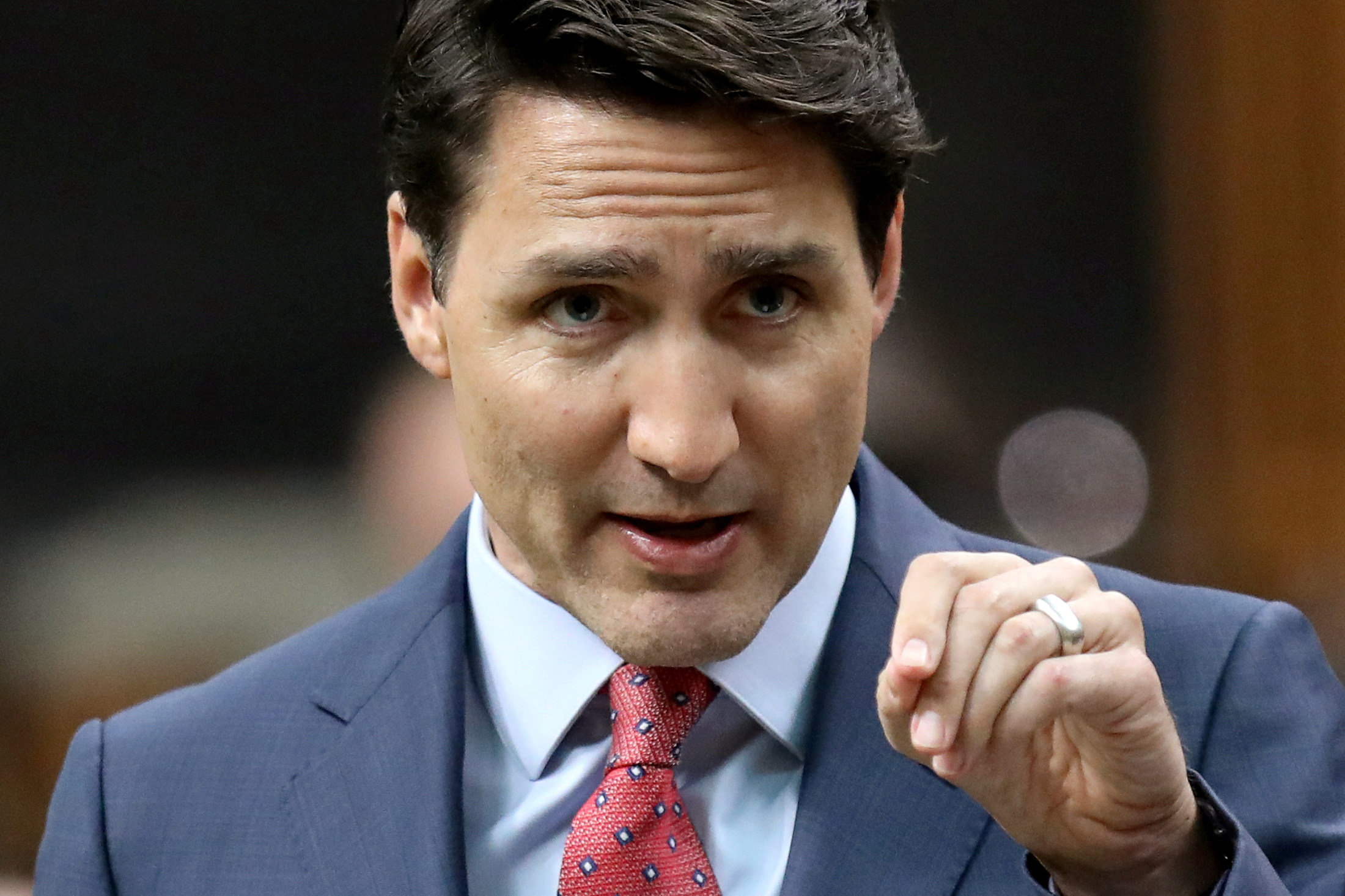 “Just the fact that a retail store is opening is amazing, and the fact that I can get it right away instead of having to wait a week-and-a-half is unreal,” Stephanie Shamon, 20, told Bloomberg.

Ontario is late to the showroom marijuana market because the Conservative government of Premier Doug Ford decided to reverse the previous plans of the former Liberal government that wanted government-run stores to provide pot to the masses. Ford opted for a private enterprise model instead.

The province will begin with 25 stores and The Hunny Pot was one of the few that was ready to open Monday.

But along with continued criticism that legal weed will incur the expense of increased vehicle accidents, addiction and disease, marijuana isn’t proving to be the financial panacea that some governments expected, according to the National Post. In March, the federal government gave the provincial governments their share of the excise taxes that pot produced in its first quarter of sales. (RELATED: Trudeau Government Says Judging Marijuana Impairment Depends On ‘Case By Case Basis’)

British Columbia was the only province to reveal how much money it received, the Post reported. The $1.3 million (CND) was a pittance compared to what was expected. While banking on collecting $50 million, the provincial can realistically expect only $3 million.