Border Patrol agents rescued a Guatemalan family of four before they drowned to death attempting to cross the U.S. southern border.

A forceful current swept a woman and her three children, ages 2, 4 and 15, downriver when they attempted to cross the Rio Grande on March 28.

Fortunately for the family, Border Patrol agents were patrolling the river nearby and noticed them before it was too late. The agents, driving against the current on their airboat, were able to swiftly reach them and pull them from under the water.

A Customs and Border Protection (CBP) spokesman warned in a statement about the growing danger migrants put themselves in when they try to cross the border illegally.

“Migrants continue to ignore the hazards and risk their lives attempting to cross the Rio Grande River,” Del Rio Sector Acting Chief Patrol Agent Louie W. Collins stated Monday. “Had our Border Patrol agents not been in the area to respond quickly, the woman and her children would have more than likely drowned.” 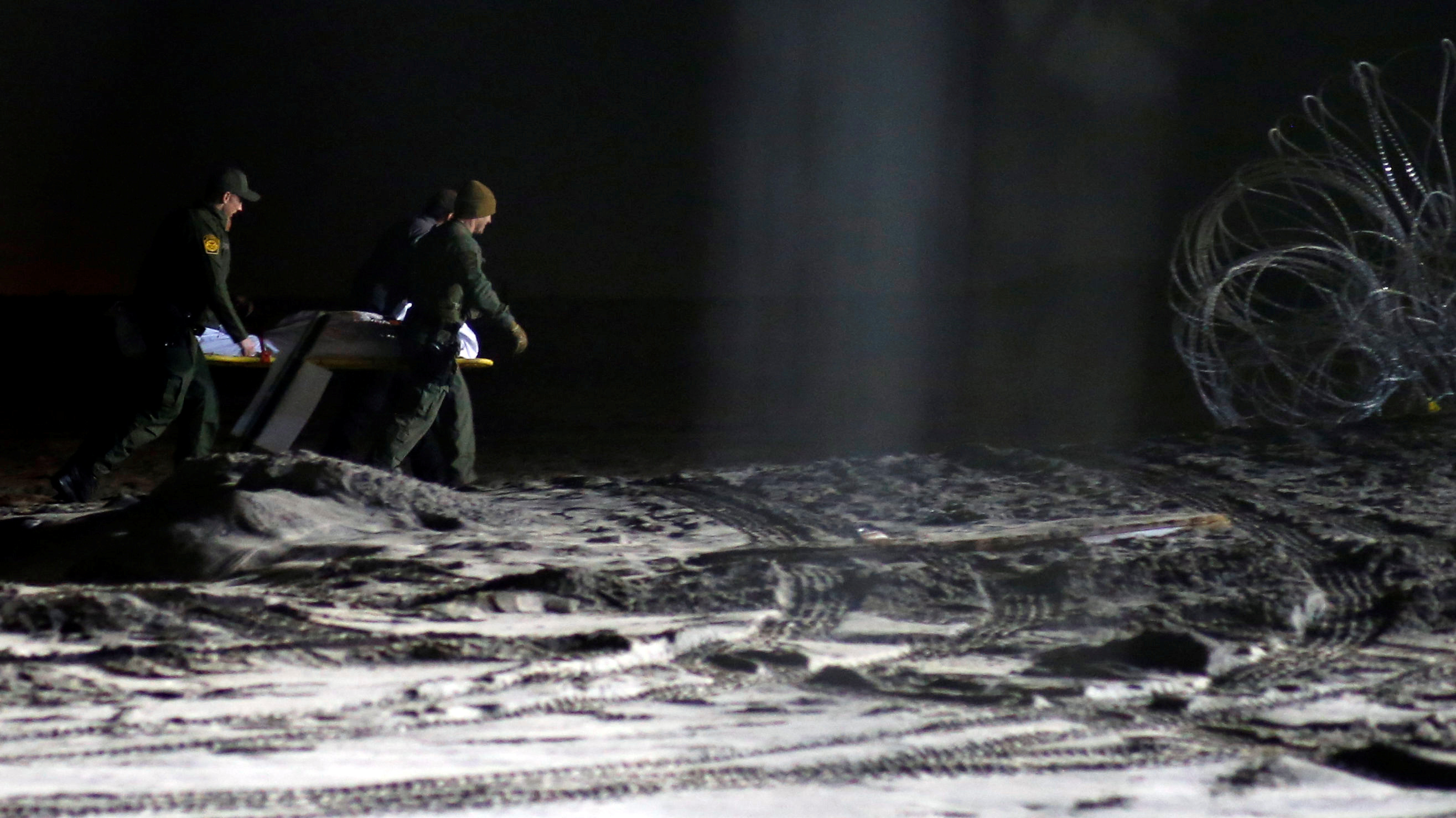 U.S. Customs and Border Protection (CBP) officials carry the body of an migrant that drown in the ocean trying to reach the United States, illegally from Mexico, at International Friendship Park, in San Diego County, Dec. 28, 2018. REUTERS/Mohammed Salem

“Rescues by BP agents along the Rio Grande have increased dramatically in recent months,” Dennis Smith, a spokesman for CBP, said Tuesday to The Daily Caller News Foundation. The rise in Rio Grande rescues coincides with a dramatic increase in migrant apprehensions at the southern border. (RELATED: Illegal Migrants In Infamous Bridge Photo Relocated To Holding Facility)

Immigration officials expect the total number of migrant apprehensions in March to exceed 100,000, which would mark the highest number in over a decade. The influx of immigrants — which Homeland Security Secretary Kirstjen Nielsen has described as a “catastrophe” — has overwhelmed detainment centers, forcing them to release over a thousand illegal aliens a day.

Like the Guatemalan family of four that was saved, most of the migrants currently attempting to cross the border are from Central America, and many of them are unaccompanied minors. The demographics make it much more difficult for law enforcement officials, as non-Mexican foreign nationals and unaccompanied minors cannot be quickly deported.

In response, Nielsen has requested Congress pass several legislative measures that would help the Department of Homeland Security handle the burgeoning crisis. The homeland security secretary also announced plans Monday to expand the “Remain in Mexico” program, a policy that requires Central American migrants requesting asylum to stay in Mexico while they wait for their asylum claims to be processed in court.