The Australian Parliament formally censured Senator Fraser Anning on Wednesday for his anti-Muslim immigration comments made on the day of the New Zealand massacre last month, according to Reuters.

The independent right-wing senator from Queensland faced widespread condemnation for saying that New Zealand’s immigration program, which allowed “Muslim fanatics” in the country, was to blame for the Christchurch shooting. (RELATED: Australian Senator Blames Muslims For Mass Shooting In Mosques)

“The real cause of bloodshed on New Zealand streets today is the immigration program that allowed Muslim fanatics to migrate to New Zealand in the first place,” said Anning shortly after the shooting that killed 50.

A day later, Anning faced even more criticism and got international attention for being egged in the back of the head by a teen and then proceeding to slap him back during a live television interview.

The 17-year-old kid who egged the Australian Senator, Fraser Anning, has been released by the police without any charge. The Australian Prime Minister said that the comments blaming the Islamic community for the shooting were appalling & ugly & they have no place in Australia. pic.twitter.com/Rdiuu80GF4

In the second sitting day of Parliament since the shooting, opposition lawmakers moved the censure motion to combat his divisive comments and to prevent them from representing the governing body as a whole. (RELATED: Teen Who Attacked Australian Senator Should Have Expected Retaliation, Says Joey Jones)

“Sen. Anning’s comments were ugly and divisive,” said Government Senate Leader Mathias Cormann. “They were dangerous and unacceptable from anyone, let alone a member of this place.”

Denying that he had blamed the victims for the attack, Anning saw the censure as an attack on his civil liberties.

“This censure motion against me is a blatant attack on free speech,” Anning told Reuters. 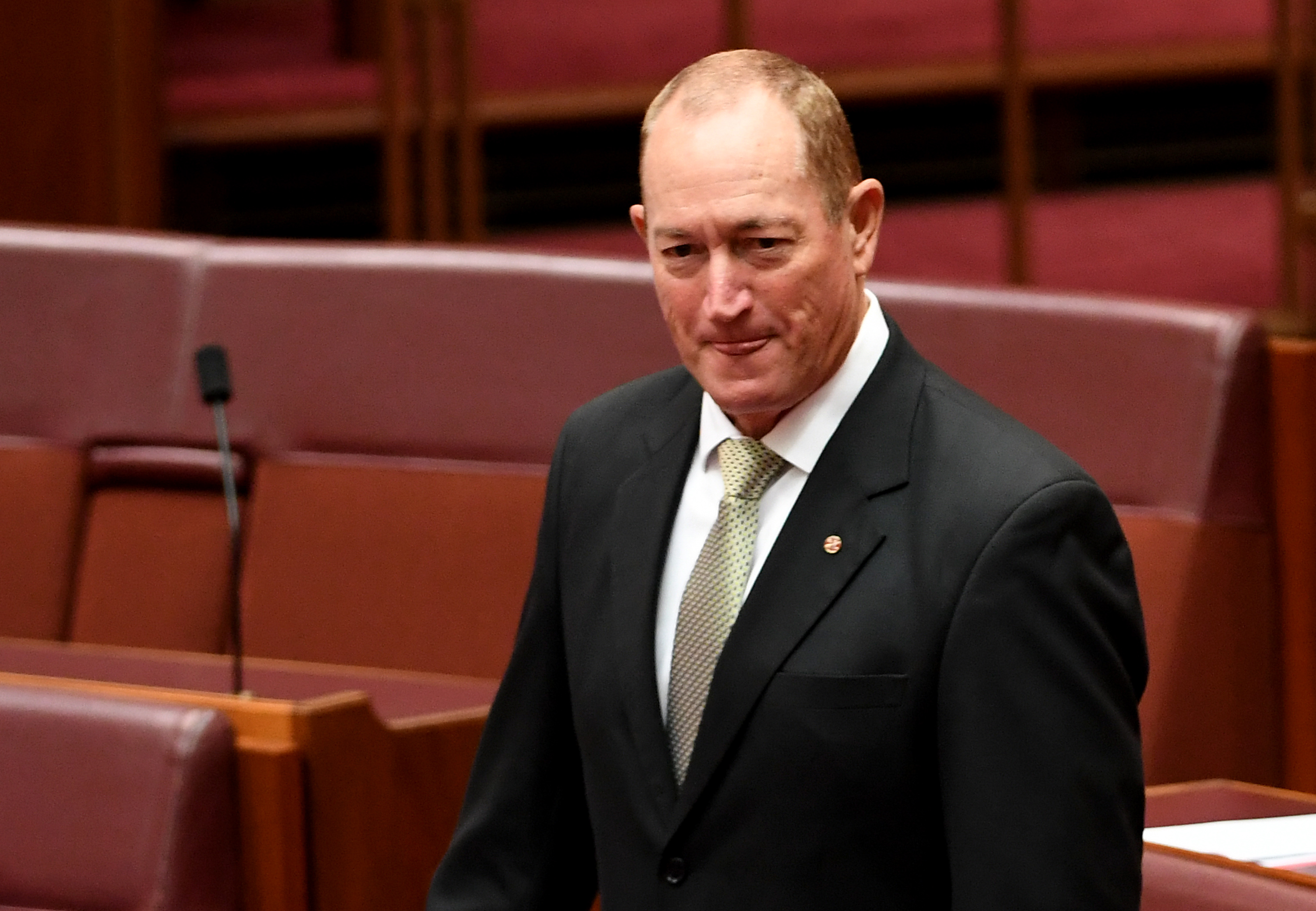 Additionally, the senator criticized Prime Minister Scott Morrison on Wednesday for saying that he should be subject to the “full force of the law” for his actions against the boy who egged him.

“It might have only been an idiot with an egg this time, but there is a continuum that begins with this and ends with a fanatic with a gun or a bomb,” said Anning. “But apparently, according to Prime Minister Morrison, that’s OK, as long as the victims are conservatives.”

The reprimand, which was the fifth to be passed in the last decade and the first in four years, carries no practical implications but is seen as an official condemnation.

“There is no room for racism in Australia. Sadly, what Senator Anning said after the Christchurch massacre, however shocking isn’t out of character,” Australian Muslim Senator Mehreen Faruqi told the Senate.

“It is terrifying that rightwing extremist groups have found a mouthpiece in Federal Parliament,” she said. 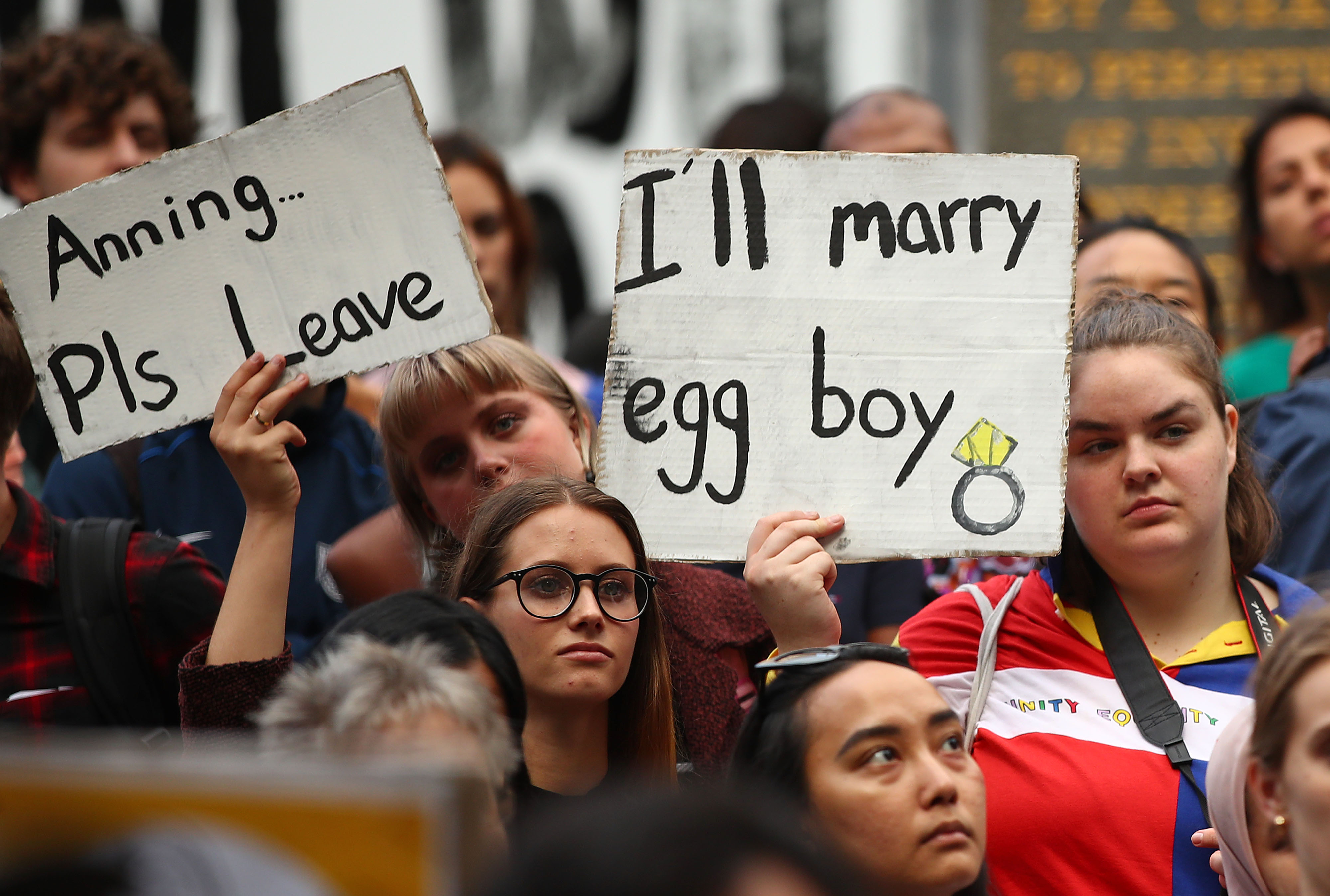 The day following the attack, Faruqi created an online petition that got 1.4 million signatures demanding Anning’s resignations for his comments.

Coming in as a replacement for a disqualified senator, Anning entered Parliament in 2017. In his two years in office, his comments made last month have not been his only controversial anti-immigration remarks. (RELATED: Twitter Mob Comes For Dean Cain Over Egg Attack Comments – He Fires Back In Exclusive Statement To The Daily Caller)

In 2018, Anning made a speech about immigration restrictions that invoked the term “final solution,” which was infamously used by Nazis during the Holocaust. The senator denied that he was referencing the Holocaust and described himself as an advocate for Jewish Australians.