Former Nevada Assemblywoman Lucy Flores, the first of multiple women to accuse former Vice President Joe Biden of inappropriate touching, criticized the jokes Biden made about the allegations during a speech Friday.

Biden joked about having permission to hug Lonnie Stephenson, the union president of the International Brotherhood of Electrical Workers, who introduced him at the event.

“By the way, he gave me permission to touch him,” Biden said, as he hugged a boy during his speech.

“It’s clear @JoeBiden hasn’t reflected at all on how his inappropriate and unsolicited touching made women feel uncomfortable,” Flores tweeted afterwards. “To make light of something as serious as consent degrades the conversation women everywhere are courageously trying to have.”

It’s clear @JoeBiden hasn’t reflected at all on how his inappropriate and unsolicited touching made women feel uncomfortable. To make light of something as serious as consent degrades the conversation women everywhere are courageously trying to have.

Flores, whom Biden campaigned for in 2014, accused him of kissing her and smelling her hair in an essay titled “An Awkward Kiss Changed How I Saw Joe Biden,” which was published in New York Magazine last week. (RELATED: Biden Issues Sarcastic Comeback To Trump Trolling Him) 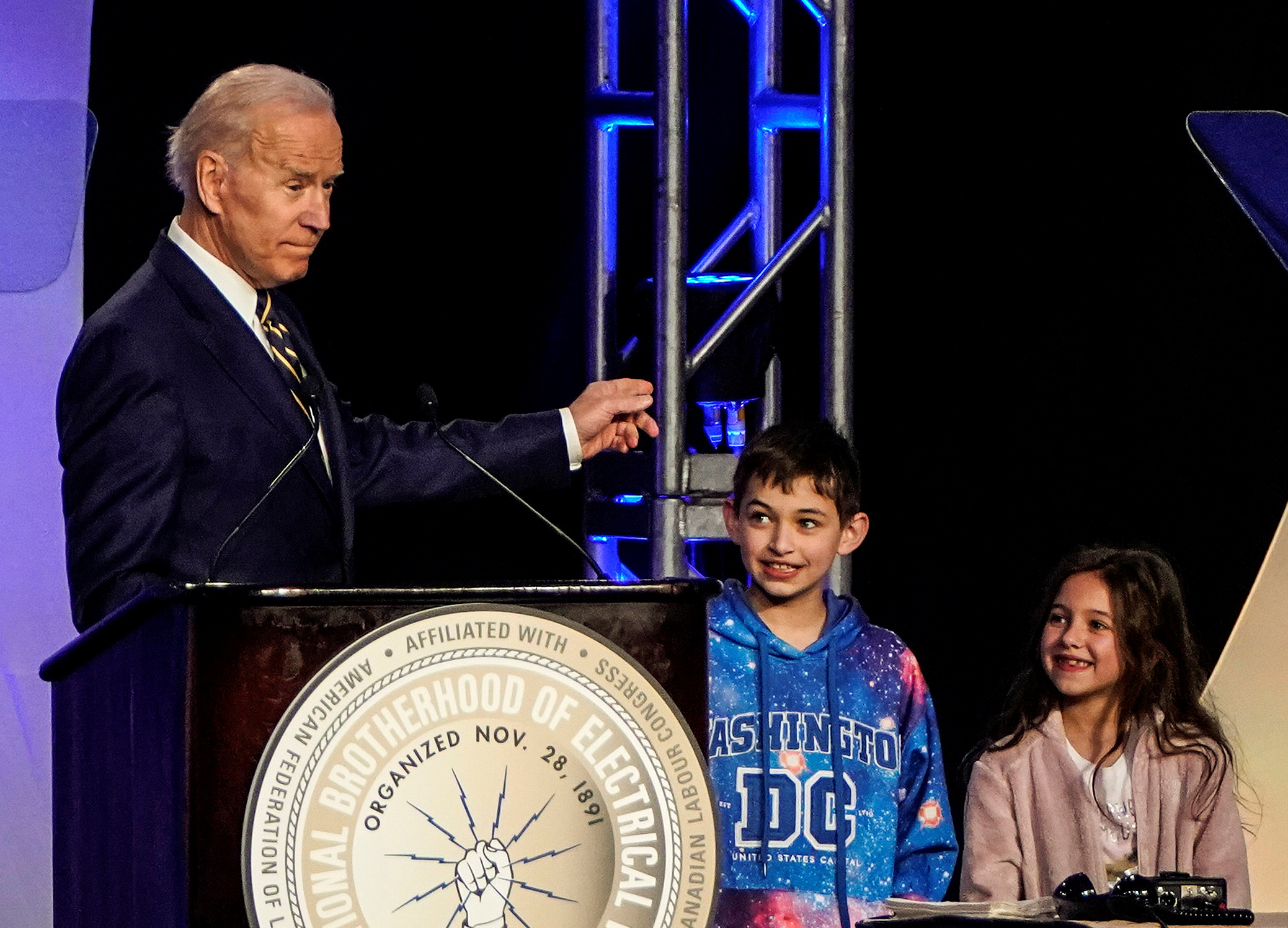 Former Vice President Joe Biden who is mulling a 2020 presidential candidacy, points to children as he speaks at the International Brotherhood of Electrical Workers’ (IBEW) construction and maintenance conference in Washington, U.S., April 5, 2019. REUTERS/Joshua Roberts

She also stated that her alleged interaction with Biden made her “feel uneasy, gross, and confused,” and added that she decided to come forward knowing that he’s contemplating joining the 2020 presidential debate.

Since Flores came forward a week ago, six other women have accused Biden of inappropriately touching them. The allegations range from touching women’s thighs to kissing women’s heads and rubbing his nose with theirs.

“Social norms are changing,” Biden said Wednesday, his first public statement since the allegations came out. “I understand that, and I’ve heard what these women are saying. Politics to me has always been about making connections, but I will be more mindful about respecting personal space in the future. That’s my responsibility and I will meet it.”