House Minority Whip Steve Scalise and other Republicans are trying once again to get Democrats on the record against the Boycott, Divestment and Sanctions (BDS) of Israel, this time with a discharge petition, Scalise’s office said Wednesday.

Scalise and Republican Reps. Michael McCaul of Texas, David Kustoff of Tennessee and Lee Zeldin of New York plan to introduce a rule providing for floor consideration of the anti-BDS bill.

The rule will ripen by May and they can start working on getting 218 signatures on a discharge petition, meaning the bill will be automatically put on the floor for a vote. The 197 Republicans in the House are expected to sign the petition, necessitating that 21 Democrats join in, Politico reported Wednesday.

“The Senate responded quickly and decisively with appropriate legislation to counter the dangerous BDS movement, but Speaker [Nancy] Pelosi has refused to bring this bipartisan bill to the House Floor and House Democrats stood idly by as their colleagues made senseless anti-Semitic remarks,” Scalise, a Louisiana Republican, said in a statement Wednesday. “Speaker Pelosi must hear our message loud and clear: the time for watered-down resolutions is over. The House must follow the Senate’s lead and take immediate action to support our allies and combat the BDS movement that aims to delegitimize and economically isolate Israel.”

The Senate passed its own version on Feb. 5 of the “Strengthening America’s Security in the Middle East Act of 2019” that lets states divest from entities boycotting Israel. Democratic Reps. Rashida Tlaib of Michigan and Ilhan Omar of Minnesota are two of the lawmakers expected to be against the House version. Both support the boycott Israel movement. (RELATED: Benjamin Netanyahu Appears Set For Another Term As Israeli Prime Minister) 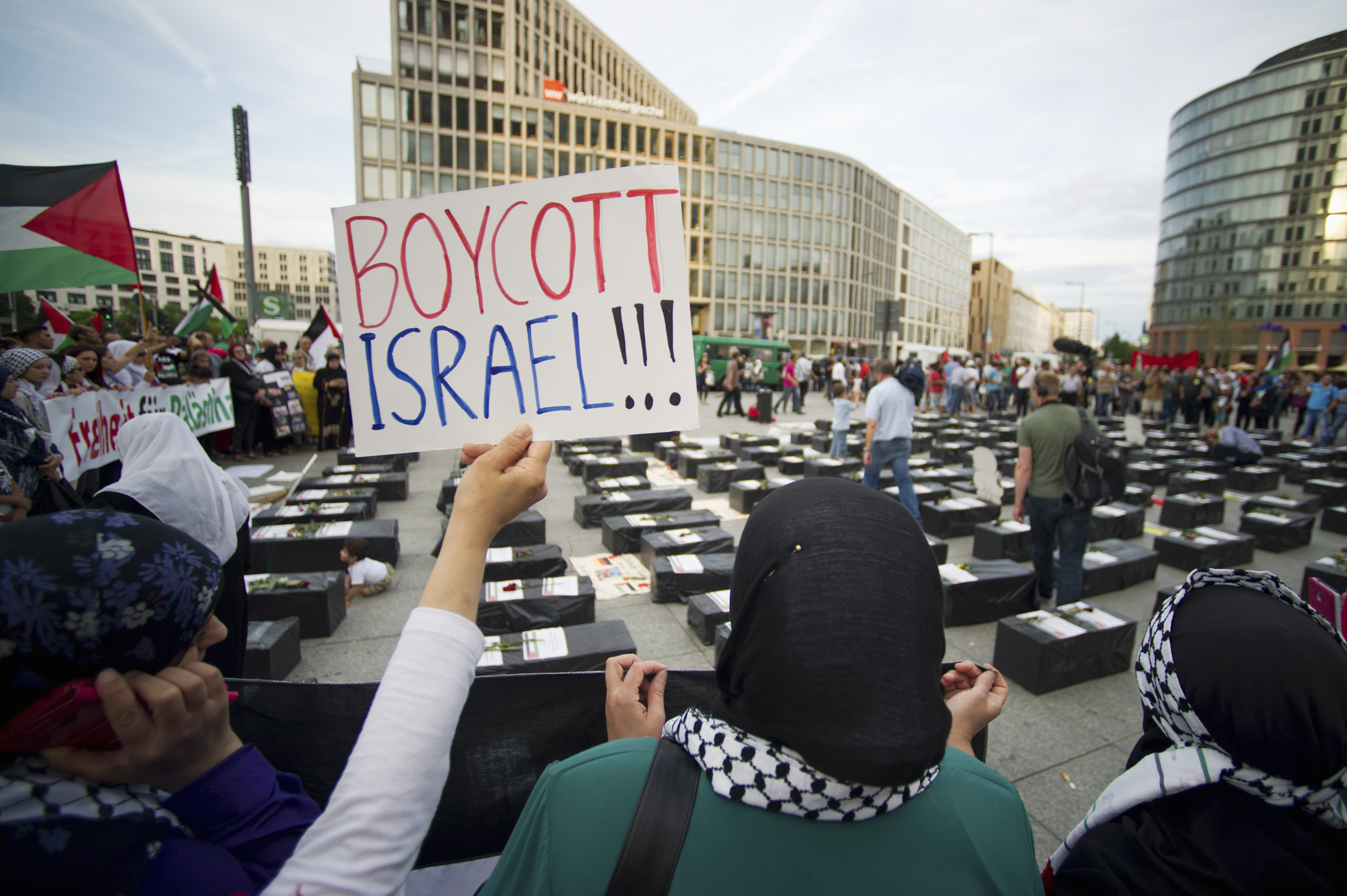 A woman holds a sign which reads “Boycott Israel” in front of symbolic coffins while attending a demonstration supporting Palestine, in Berlin on Aug. 1, 2014. REUTERS/Steffi Loos

“Democrat leaders claim to oppose the BDS movement, but won’t schedule a vote on S.1, which contains the Combatting BDS Act and the US-Israel Security Authorization Act, or a vote on [Democratic Illinois Rep. Brad] Schneider and Rep. Zeldin’s bipartisan resolution [condemning] BDS and efforts to delegitimize Israel,” Scalise said in a statement April 4. “Movements like the BDS campaign must be strongly opposed on a bipartisan basis. Democrats failed our strongest ally once again today.”

Democrats including House Majority Leader Steny Hoyer say they voted for the resolution without anti-BDS language to override a Senate rejection of the bill. Under parliamentary rules, the Senate could reject the Yemen resolution because of an irrelevant attachment, this time the anti-BDS language.

“No one can accuse me of failing to defend the U.S.-Israel partnership and strongly opposing BDS, and I will be voting against this motion, and I urge all my colleagues to do so as well,” Hoyer, a Maryland Democrat, said on the House floor April 4. “I urge every single one of you to do so, and I urge every Republican who believes that using Israel as a partisan cudgel is dangerous, cynical, and harmful to Israel to join me in voting against this motion.”

It is unknown whether President Donald Trump will use the second veto of his presidency on the Yemen resolution to continue U.S. involvement in the Yemen conflict.