WikiLeaks co-founder Julian Assange could face trial in the U.S. after his Thursday arrest in London which the United Kingdom’s Metropolitan Police said occurred partly to extradite him to the United States.

Assange, 47, had been living in the Ecuadorian embassy in London for seven years until Ecuador withdrew his asylum. He first holed up in the embassy when Sweden tried to extradite him because of sexual assault allegations, reported BBC. That case has been dropped, but Assange has remained in the embassy to avoid being extradited to the U.S. or another country he has claimed wants to question him.

Here’s the moment WikiLeaks founder Julian Assange was taken into custody at the Ecuadorian Embassy in London https://t.co/DnwQy9pU4a pic.twitter.com/qjuGs3mUjH

Nearly 7yrs after entering the Ecuadorean Embassy, I can confirm Julian Assange is now in police custody and rightly facing justice in the UK. I would like to thank Ecuador for its cooperation & @metpoliceuk for its professionalism. No one is above the law

Police in the UK said they arrested Assange for failing to surrender to the court, reported BBC. Reports that the U.S. Department of Justice was preparing charges against Assange cropped up in November. 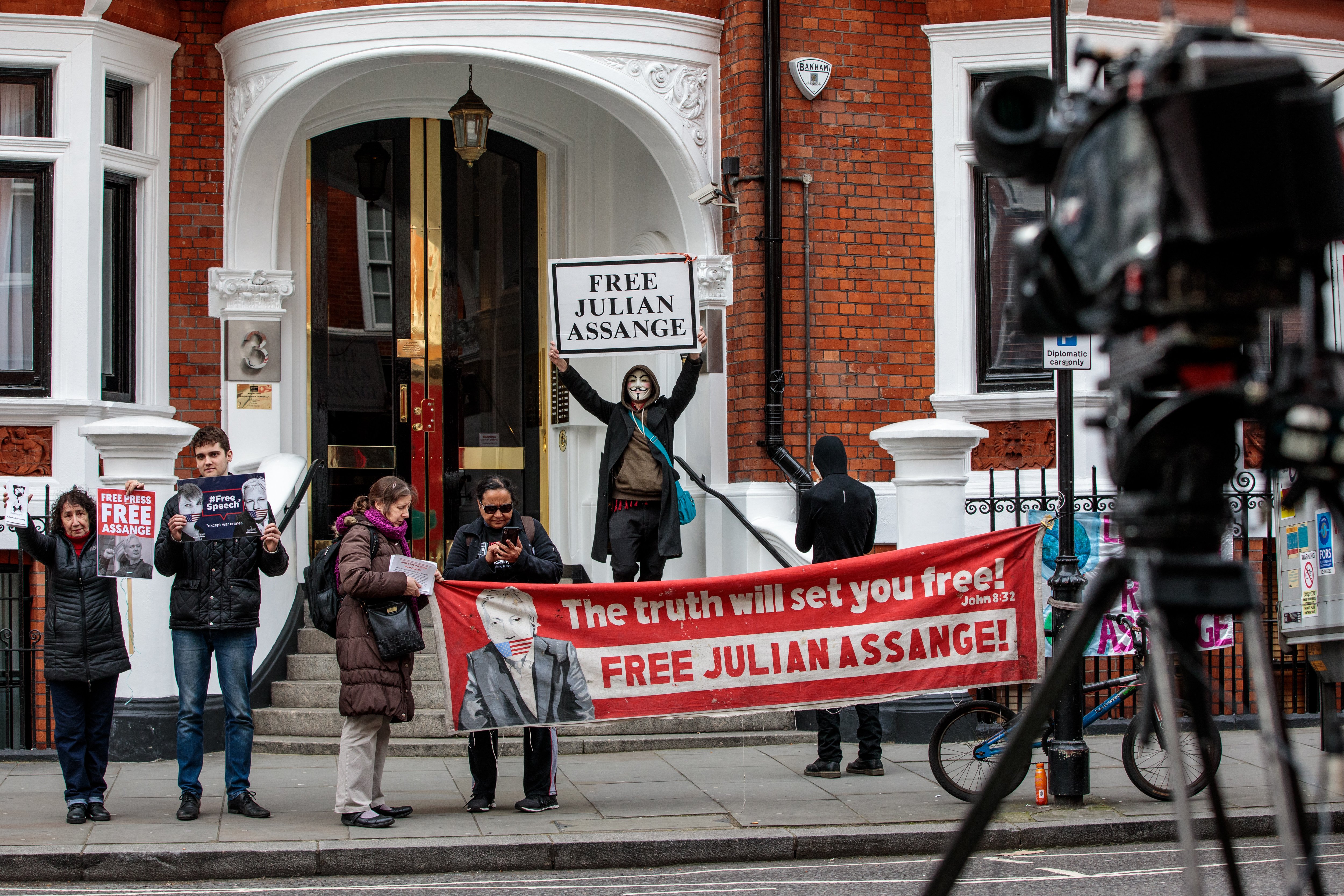 Protesters demonstrate in support of Julian Assange outside the Ecuadorian Embassy in South Kensington on April 5, 2019 in London, England. (Photo by Jack Taylor/Getty Images)

Ecuadorian president Lenin Moreno said the country terminated asylum for Assange due to repeated violations of international conventions, but Wikileaks claimed on Twitter that Ecuador was “in violation of international law” by essentially kicking out the Australian national.

URGENT: Ecuador has illigally terminated Assange political asylum in violation of international law. He was arrested by the British police inside the Ecuadorian embassy minutes ago.https://t.co/6Ukjh2rMKD

Ecuador’s government invited Scotland Yard to the embassy, the police force said according to BBC.

WikiLeaks has claimed that Assange was being spied on in the Ecuadorian embassy.

Assange’s relationship with Ecuadorian officials could be characterized as anything but smooth. Ecuador felt the need to order Assange to take care of his cat and clean the bathroom in October.