The Trump administration is mulling rules that would deter foreign nationals from overstaying their short-term visas, targeting what data indicates is the largest source of illegal immigration in the U.S.

President Donald Trump and White House aides might execute rules that would punish countries that are home to a high number of people who overstay their short-term visas, according to a report from The Wall Street Journal. Under such a plan, the White House would put countries “on notice” if a significant number of their citizens are overstaying their visas in the U.S. If the rates do not change, future visas would be harder to obtain and more limited in scope.

The White House is also considering barring countries with high overstay rates from obtaining visas altogether. However, the administration said a blanket ban is not under consideration.

Hogan Gidley, a White House spokesman, said it’s the administration’s priority to “reduce overstay rates for visas and the visa waiver program — and it’s well known that the administration is working to ensure faithful implementation of immigration welfare rules to protect American taxpayers.”

Reports of the latest immigration proposal comes as the administration continues to deal with an emergency crisis at the U.S.-Mexico border. The Department of Homeland Security announced that more than 103,000 foreign nationals were either apprehended or turned back at the southern border in March, marking the highest month in 12 years. 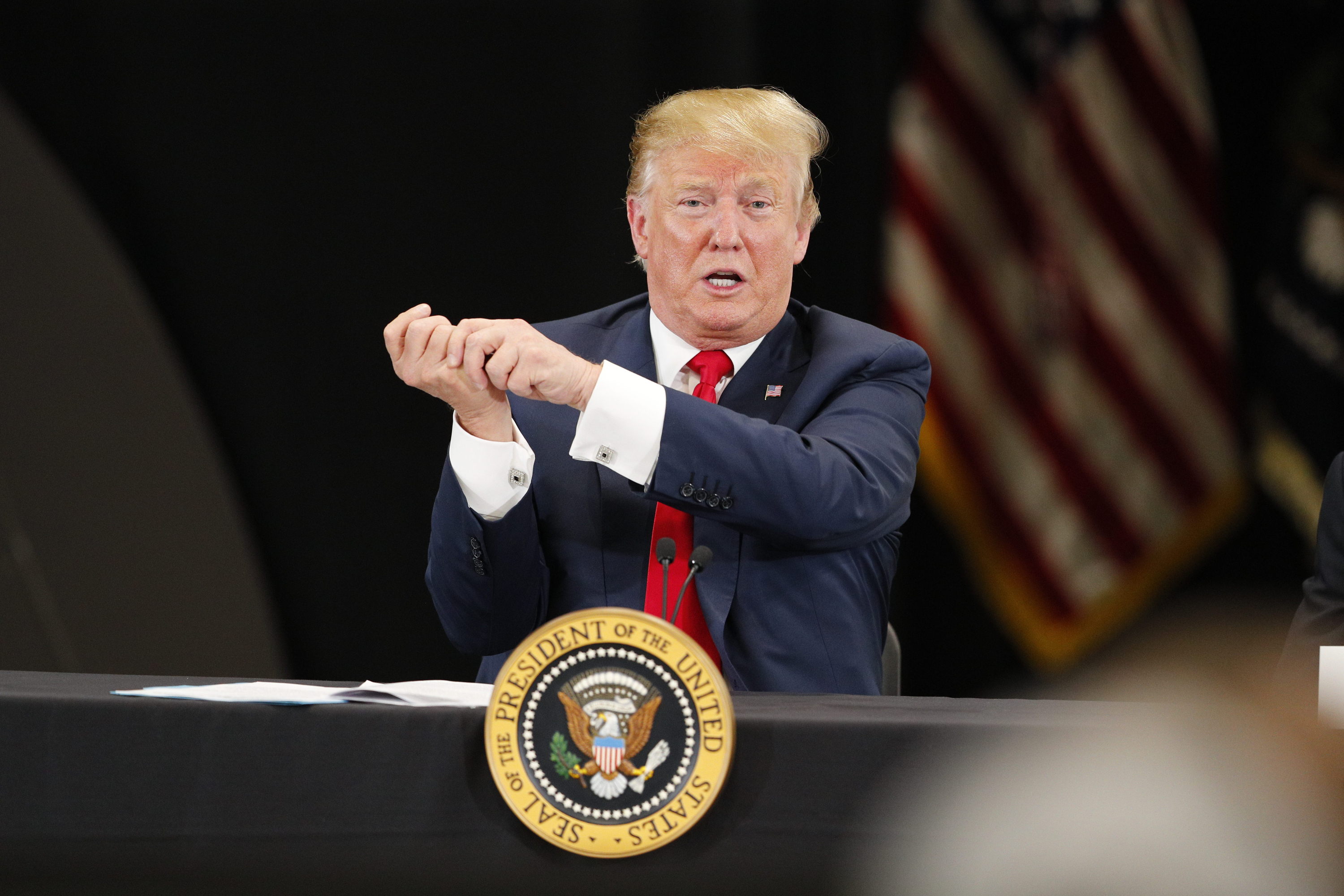 BURNSVILLE, MN – APRIL 15: U.S. President Donald Trump speaks at a roundtable on the economy and tax reform at Nuss Trucking and Equipment on April 15, 2019 in Burnsville, Minnesota. At the special Tax Day roundtable Trump gave a defense of his 2017 tax cuts.(Photo by Adam Bettcher/Getty Images)

While the crisis at the southern border has engulfed public debate over immigration, data shows visa overstays remain the largest source of illegal immigration into the U.S. In fiscal year 2017, the latest year for such available data, 701,900 foreign nationals overstayed their visas, as compared to just 310,000 border apprehensions, according to the Department of Homeland Security. Of the estimated 11 million illegal immigrants living in the country, 42 percent of them came legally and simply overstayed their visa. (RELATED: Democrats Turn Their Sights To Stephen Miller As Trump Mulls Stricter Immigration Action)

If such a punitive measure is implemented, nations that would likely be slapped with visa limitations include Nigeria, Liberia, Chad, Sierra Leone and Eritrea — countries whose citizens routinely abuse their short-term visas while in the U.S.

The White House isn’t stopping with just the short-term — B1 and B2 — visas, but also looking to tighten regulations concerning student and investor visas, as well. Administration officials are also pursuing options on restricting entry of immigrants who are deemed likely to use publicly funded benefits.