The United Conservative Party (UCP) had an overwhelming victory in Alberta’s Tuesday election, which focused on building a pipeline to sell the province’s oil.

Premier-elect Jason Kenney was a high-profile defense minister in the former federal Conservative government of Prime Minister Stephen Harper. Kenney entered provincial politics after resigning from his position as a Member of Parliament in 2016. 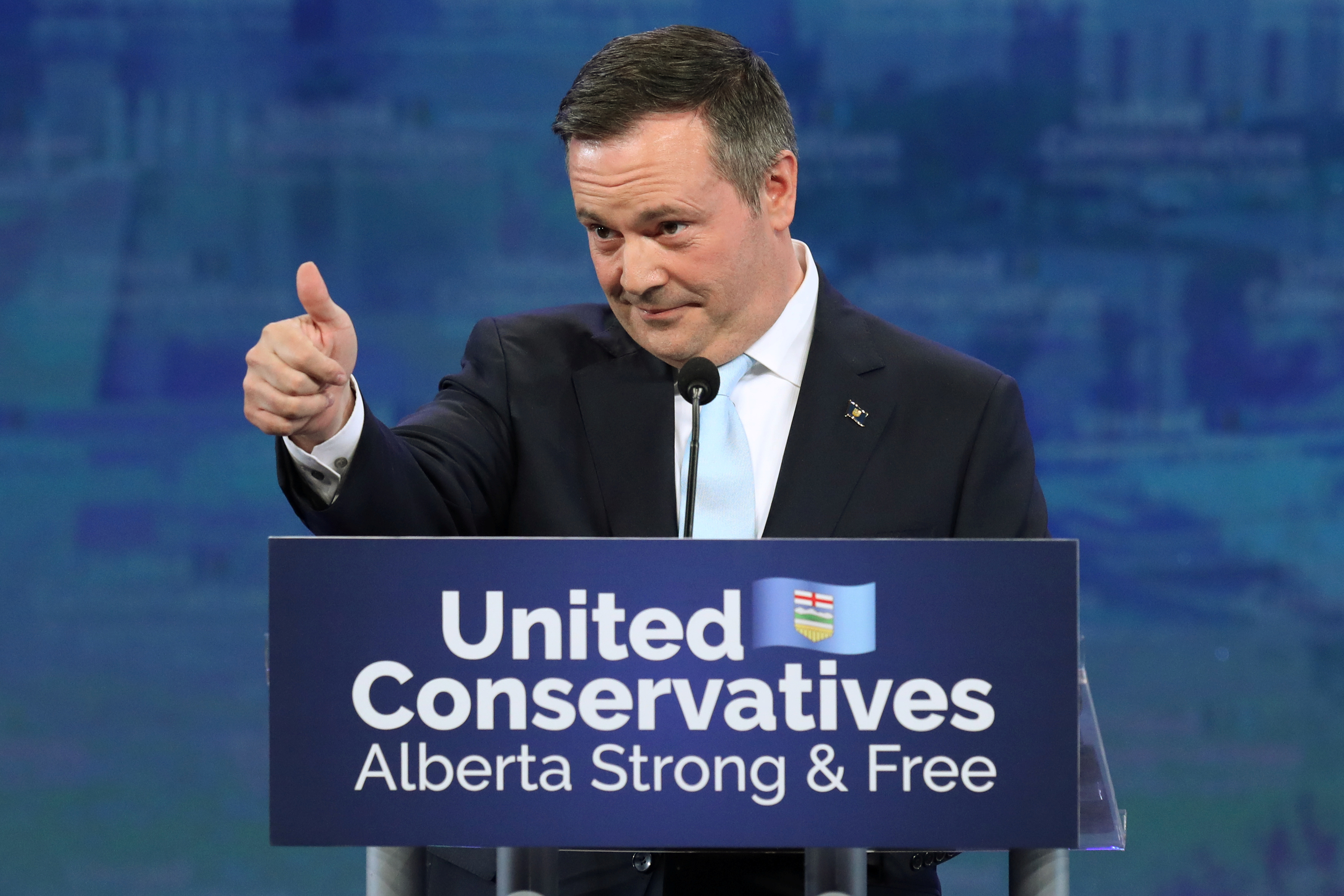 The new conservative force in Alberta politics has won 63 of the province’s 87 seats in the provincial legislature, the National Post reports. Kenney will replace Rachel Notley, who has led a quasi-socialist New Democratic Party (NDP) government for the past four years, as premier.

The NDP victory was a culture shock in Canada’s most conservative-leaning province that in many ways has modeled its oil and beef economy and politics on Texas.

Kenney drove to his victory speech at Calgary’s Stampede Grounds Tuesday in a blue truck that was very much a part of his election campaign. When Kenney’s audience cheered, “Build that pipe,” after the premier-elect arrived, he responded, “It’s build those pipes. Today, we Albertans begin to fight back.” (RELATED: Pipeline Supporters Target Trudeau For Creating ‘Recession Turned Depression’)

Kenney is already threatening to turn off the oil to British Columbia because the province is opposing the Trans Mountain pipeline that will bring Alberta crude to the port of Vancouver for offshore sale. The pipeline was nationalized by the Trudeau government but construction has been stymied by judicial rulings and environmental concerns.

In a 2018 interview with The Daily Caller,  Kenney outlined his goals when the UCP formed government:

First of all, reinvigorating our economy by restoring investor confidence. Secondly … repealing the carbon tax as the first act of government. And thirdly, scrapping the NDP’s planned rewrite of our school curriculum and redeveloping the curriculum to focus on teaching essential knowledge and skills to kids and ensuring a robust system of school choice. (RELATED: Alberta Conservative Leader Says Trudeau Has ‘The Political Depth Of A Finger Bowl’)

In her concession speech, Notley promised to mount an effective opposition to the government.

“As proud of I am of our record, the fact is the people of Alberta have spoken,” Notley told her supporters Tuesday night, promising to “make sure that our vision of Alberta endures.”

“I believe we have set a much higher standard for ethics and honesty in government.”