“I think we have very good reason to believe that, there is an investigation that has been conducted, which has produced evidence that tells us that this president and his administration engaged in obstruction of justice,” Harris said. “I believe Congress should take the steps towards impeachment.”

Before seeing the Mueller report, Harris was on the fence about impeachment. (RELATED: Congressman Who Wanted To Oust Pelosi Wants To Take On Trump In 2020)

“I think that there is definitely a conversation to be had on that subject,” she said Thursday according to The Guardian,”but first I want to hear from Bob Mueller and really understand what exactly is the evidence that supports the summary that we have been given today.”

Harris also said that she is running “to get rid of this president.”

She cautioned against thinking impeachment proceedings would equal ousting Trump. Even if the House impeaches Trump, it will be up to the Senate to try the impeachment. 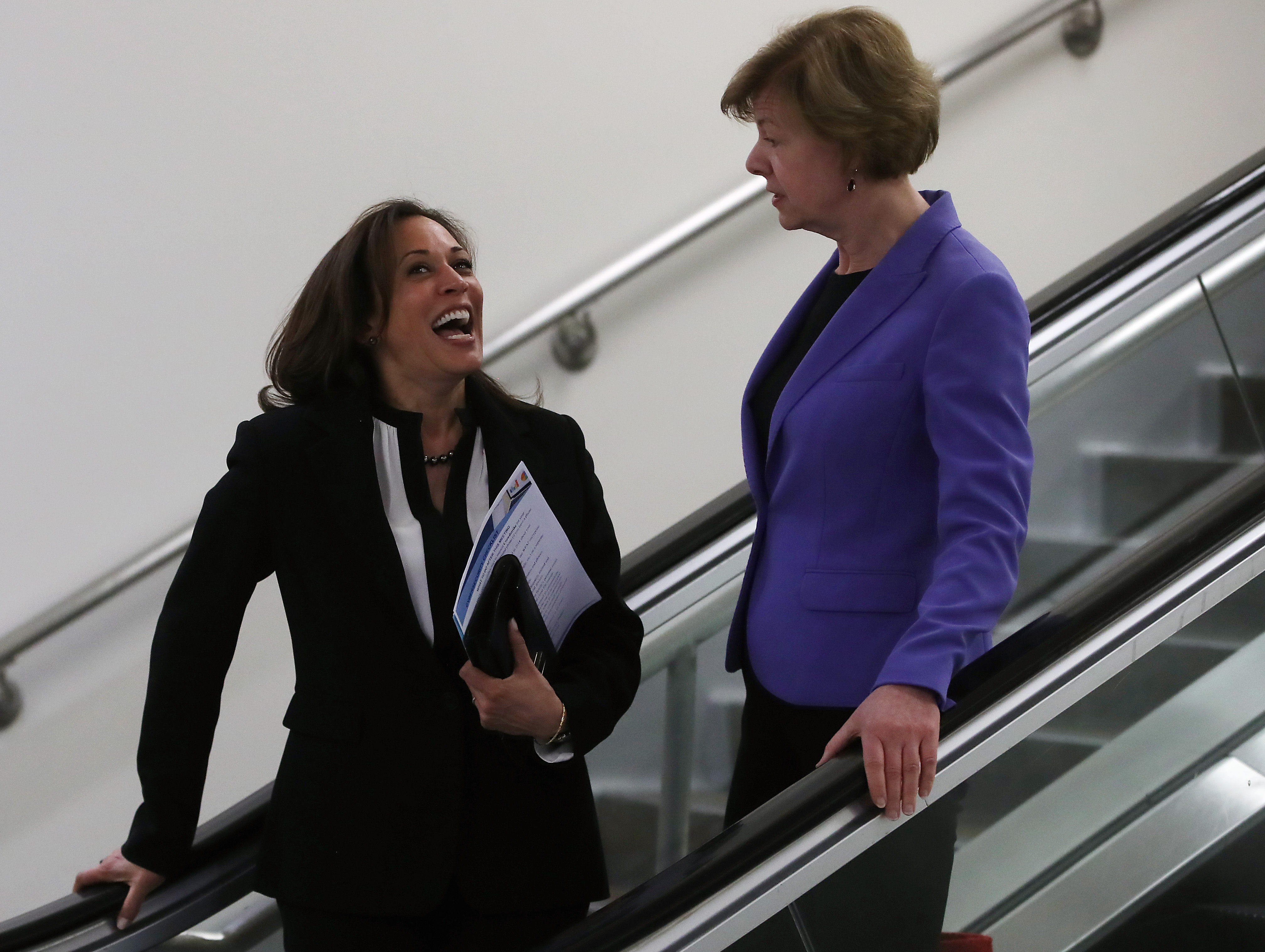 Sen. Kamala Harris, talks with Sen. Tammy Baldwin in the Senate subway after the Senate voted to overturn the President’s national emergency border declaration, at the U.S. Capitol on March 14, 2019 in Washington, DC. (Photo by Mark Wilson/Getty Images)

“I’m also a realist. … I’ve not seen any evidence, since I’ve been in the United States Senate, that the United States Senate and the Republicans hold the majority, I’ve not seen any evidence to suggest that they will weigh on the facts instead of on partisan adherence to being protective of this president,” Harris said. “That’s what concerns me and what will be the eventual outcome. So we have to be realistic about the end result, but that doesn’t mean the process should not take hold.