Failed Georgia gubernatorial candidate Stacey Abrams has decided against a campaign for the state’s Senate seat in the 2020 election cycle.

“I am grateful for all the encouragement I received to run for U.S. Senate, and I’m committed to doing everything I can to help elect a Democrat to that seat next year,” Abrams said in a social media post announcing her decision on Tuesday morning.

The news follows months of speculation that Abrams, fresh off her gubernatorial loss, would use her newfound name recognition in the state to launch a campaign against Georgia GOP Sen. David Perdue.

National Democrats believe the first-term Republican senator is vulnerable, and Senate Minority Leader Chuck Schumer pulled all the stops to coax Abrams into running. In addition to meeting with Abrams multiple times, Schumer gave her the honor of delivering the Democratic response to the State of the Union address in February.

Nevertheless, Abrams has opted to not move forward with a senatorial bid. 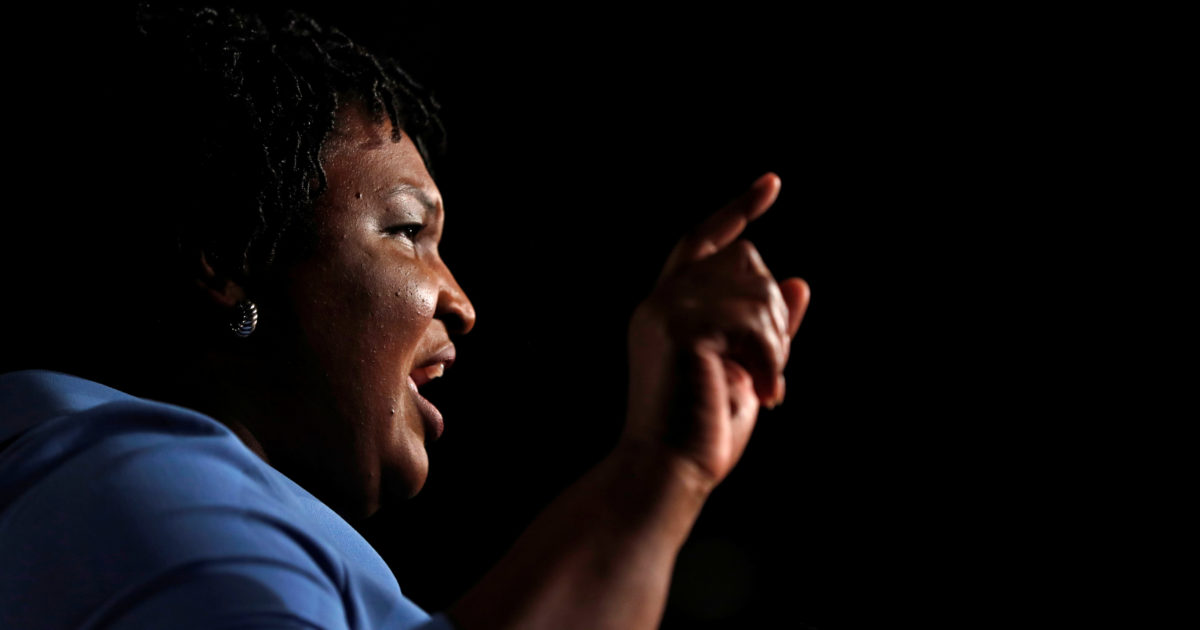 The decision is seen as a major win for the National Republican Senatorial Committee (NRSC), which will now likely face a less competitive race in Georgia. Former Columbus Mayor Teresa Tomlinson is the only notable Democrat to have made serious moves toward a Senate run, but she is not well known in the state. (RELATED: Stacey Abrams’ Lawyer Says She Has ‘Nothing To Hide’)

“Stacey Abrams handed Chuck Schumer his most embarrassing recruiting fail of the cycle, leaving Georgia Democrats stuck with an assortment of second-tier candidates. Her decision is the latest in a string of high-profile Democrats who have rejected Schumer’s pitch out of fear of facing formidable Republican Senators next fall,” NRSC Communications Director Jesse Hunt said in a Tuesday morning statement.

While Abrams has opted against a Senate campaign, she has still left open the possibility of a 2020 White House run. The former state representative and romance novelist has told the press that she will make a final decision regarding the Oval Office later in the year.

Abrams has enjoyed growing popularity among national Democrats after losing a closer-than-expected election to Republican Gov. Brian Kemp in November. Despite losing by nearly 55,000 votes, Abrams maintains that her loss was illegitimate and the result of racially-based voter suppression. As recently as Sunday, she told New York Times Magazine that she was “comfortable” saying that she won the race.