Senate Minority Leader Chuck Schumer revealed on Tuesday that defeated Georgia Democratic gubernatorial candidate Stacey Abrams will give the Democratic response to the State of the Union address.

“I was very delighted when she agreed,” Schumer confirmed to Zach Cohen, the National Journal’s Senate correspondent.

Schumer confirms. “I was very delighted when she agreed.” https://t.co/WLuXgMlHqC

House Speaker Nancy Pelosi formally invited President Donald Trump to deliver the State of the Union address on Feb. 5, to which Trump accepted the invitation. The State of the Union was originally scheduled for Jan. 29, however, it was delayed after Pelosi refused to host it during the government shutdown.

“I am writing to inform you that the House of Representatives will not consider a concurrent resolution authorizing the president’s State of the Union address in the House Chamber until the government has been reopened,” Pelosi wrote on Wednesday. (RELATED: Stacey Abrams Allegedly Attempts To Run Illegal Ads In Support Of Non-Existent Gubernatorial Run-Off)

Five days later, after Congress passed a bill to re-open the government, Pelosi sent a second letter to Trump.

“When I wrote to you on January 23rd, I stated that we should work together to find a mutually agreeable date when government has reopened to schedule this year’s State of the Union address,” the Speaker wrote. “In our conversation today, we agreed on February 5th.” 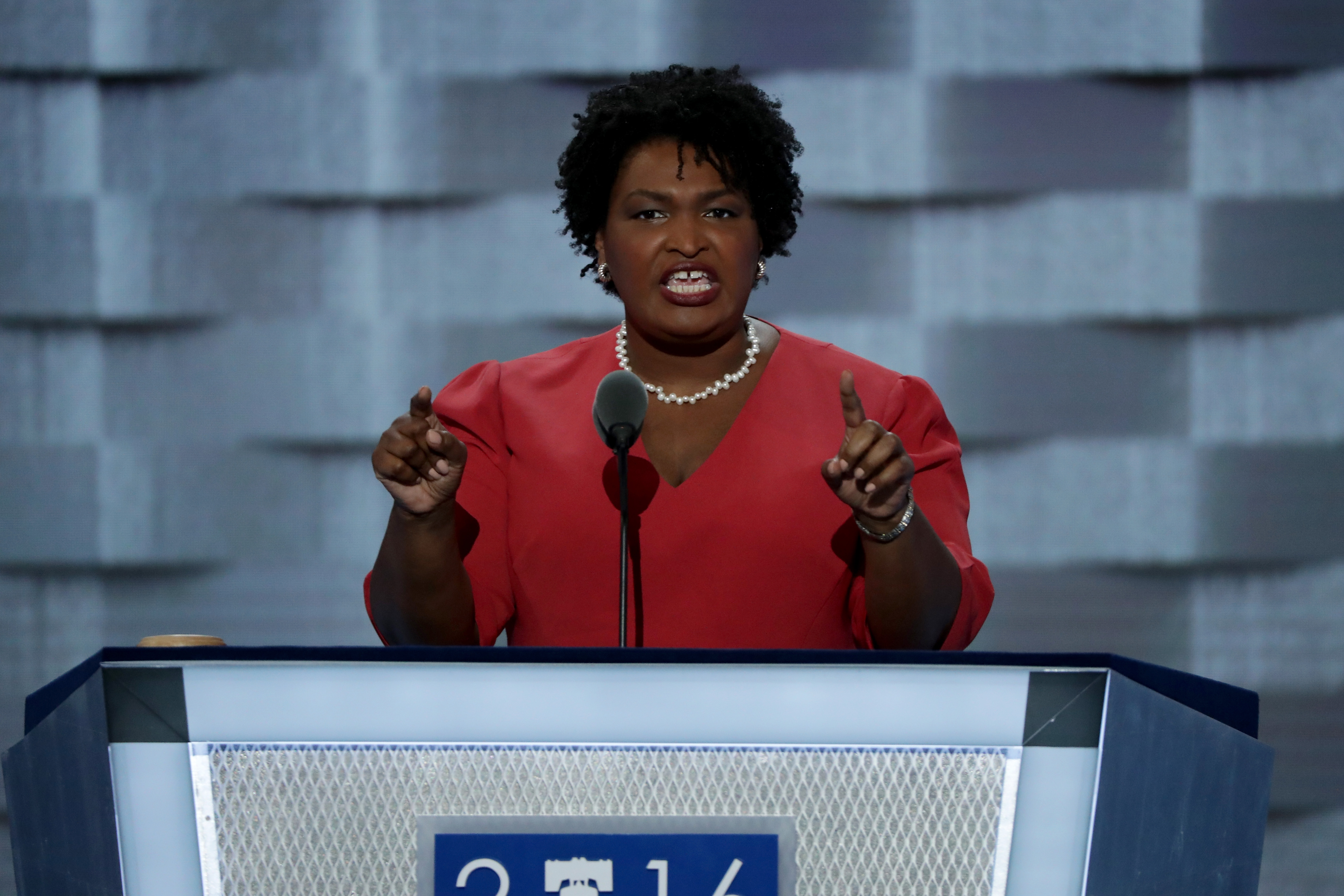 After losing in November to Republican Gov. Brian Kemp, Abrams has been mulling over a second run for the position when his term expires in 2022. However, she is also considering running for Georgia’s U.S. Senate seat when Republican Sen. David Perdue is up for re-election in 2020.

Abrams and her campaign consistently accused Kemp of racist voter suppression. A spokeswoman for Abrams’ campaign released a statement in October claiming that the he was “maliciously wielding the power of his office to suppress the vote for political gain and silence the voices of thousands of eligible voters — the majority of them people of color.”

Following Abrams’ loss, she has appeared regularly on cable news shows repeating those assertions. There has been no evidence to corroborate Abrams’ claims.