The U.K. is in the grip of a climate change panic. Weeks of incessant protests and alarming rhetoric culminated in U.K. lawmakers declaring a “climate emergency.”

For 10 days in April, protesters with the group Extinction Rebellion occupied public squares, blocked London traffic and even glued themselves to benches calling on the government to declare a “climate emergency.”

Inspired by a 16-year-old Swedish activist, thousands of students skipped school in February to demand the U.K. government declare an emergency over global warming. The incessant protests sparked waves of media coverage and brought climate change back into news headlines.

Parliament declared a “climate emergency” Wednesday and called on the government to mandate the U.K. hit “net-zero” greenhouse gas emissions by 2050 — the motion is non-binding, thus does not actually obligate the government to act.

“This can set off a wave of action from parliaments and governments around the globe,” Labour Party Leader Jeremy Corbyn told protesters gathered outside Parliament Wednesday, BBC reported. 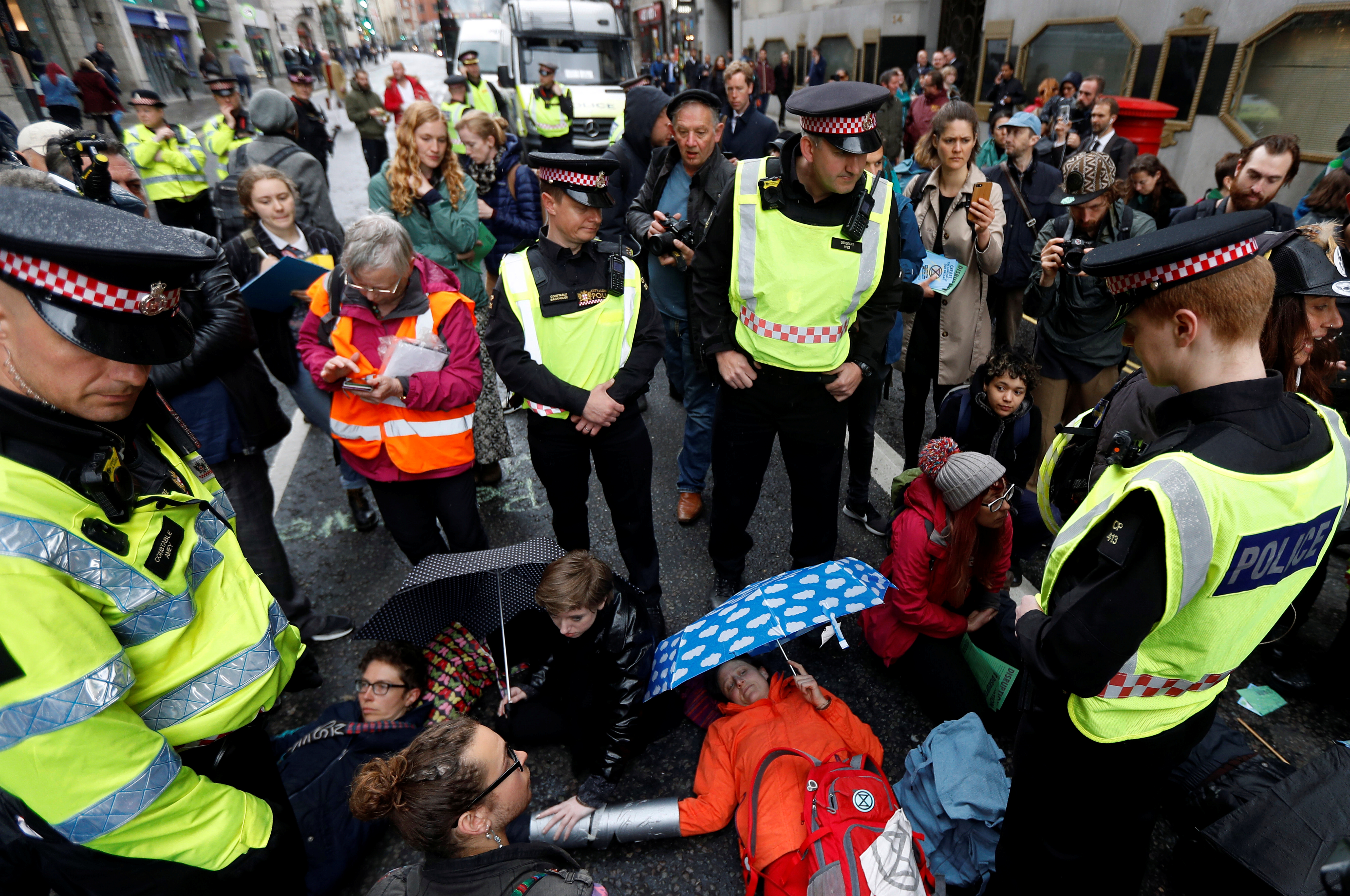 Police talks to demonstrators as they block traffic at Fleet Street during the Extinction Rebellion protest in London, Britain, April 25, 2019. REUTERS/Peter Nicholls

The U.K. Committee on Climate Change, which was created by the 2008 Climate Change Act, recommended Thursday that greenhouse gas emissions go to “net-zero” by 2050. The current U.K. goal is to cut emissions 80 percent below 1990 levels by 2050.

But while far-left environmentalists celebrated the “climate emergency” motion, they were not happy with the committee’s recommendation. (RELATED: Beto O’Rourke Signs The Same Campaign Pledge He Violated Last Election)

I’ve now read most of this report. I have to tell you: it is, on balance, a huge disappointment. There is zero radicalism in it: its vision is one of ‘pragmatic’ reform. It foresees aviation increasing and has no problem with that!
Bluntly: It is a recipe for slow mass-suicide. https://t.co/BlNU2KMitn

Not everyone has been caught up in the alarmist wave. Skeptics of activists’ catastrophic global warming claims pointed to what they see as flaws in the Committee on Climate Change’s plan.

“Attempts to deliver these policies would ultimately fail, but in the attempt the UK would further harm its already declining productivity, and so erode the UK’s ability to compete internationally and thus deliver an acceptable standard of living for its people,” reads a statement from the Global Warming Policy Forum, which was founded by former conservative lawmaker Lord Nigel Lawson.

“This is not a sustainable low emissions strategy, and even if accepted by government is very likely to end only in humiliating and distressed policy correction,” the group said. “A wise government would reject this advice.” 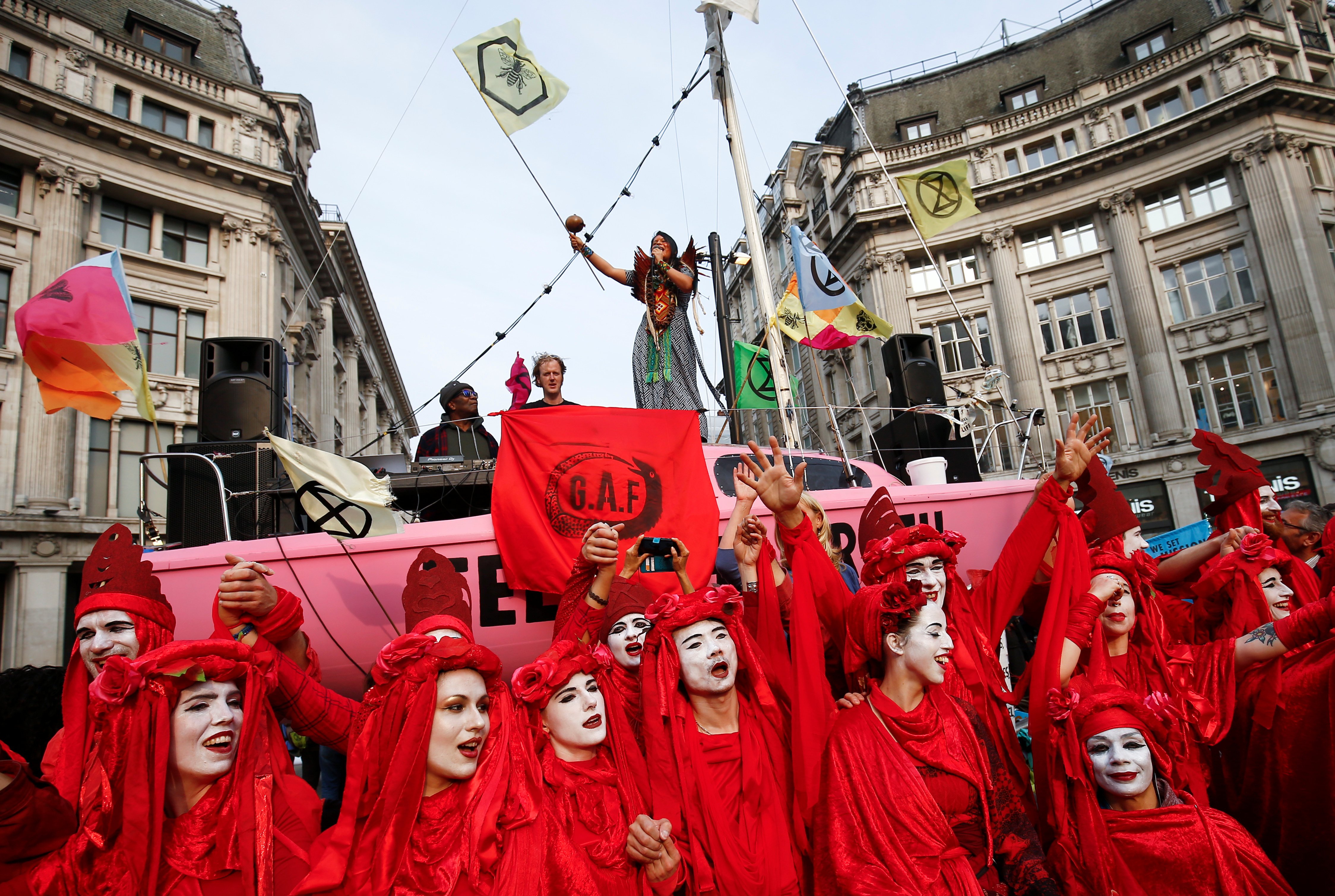 Many Labour Party officials and environmentalists, however, see the fight against climate change as a war for humanity’s very survival.

“It is a war against climate change,” Labour Member of Parliament Ed Miliband said on BBC radio.

“We are going to have to eat less meat overtime,” Miliband said. “We can’t have unlimited airport expansion.”