A poll by one of Guatemala’s largest newspapers found a startling number of its citizens expressed a desire to leave the country, with the U.S. being the destination of choice for most of them.

A survey by Prensa Libre published on Thursday found that 39 percent of Guatemalans intend to leave the country. Of those who said they wanted to leave, 85 percent picked the U.S. as the country they hoped to land in. Results also showed how emigration to the U.S. has become such an integral part of their lives, with 57 percent of respondents saying they have friends or relatives already living in America.

Prensa Libre, which is one of the most circulated newspapers in the country, polled 1,596 people between Jan. 22 and March 20 using electronic devices. The survey was done in conjunction with the Association for Research and Social Studies and Barometro de las Americas.

Poll results found other eyebrow-raising answers from everyday Guatemalans. Despite the dire situation in the country, 75 percent of respondents expressed “little interest” in politics. Nearly 90 percent did not align themselves with any political party, and one-in-five Guatemalans said they would not be participating in the upcoming election on June 16.

The survey follows months of record-breaking apprehensions at the U.S. southern border, with many of the illegal migrants originating from the Northern Triangle region of Central America. A total of 103, 492 migrants were either turned back or apprehended in March — the highest month in over a decade. More than 418,000 apprehensions have taken place this fiscal year so far. 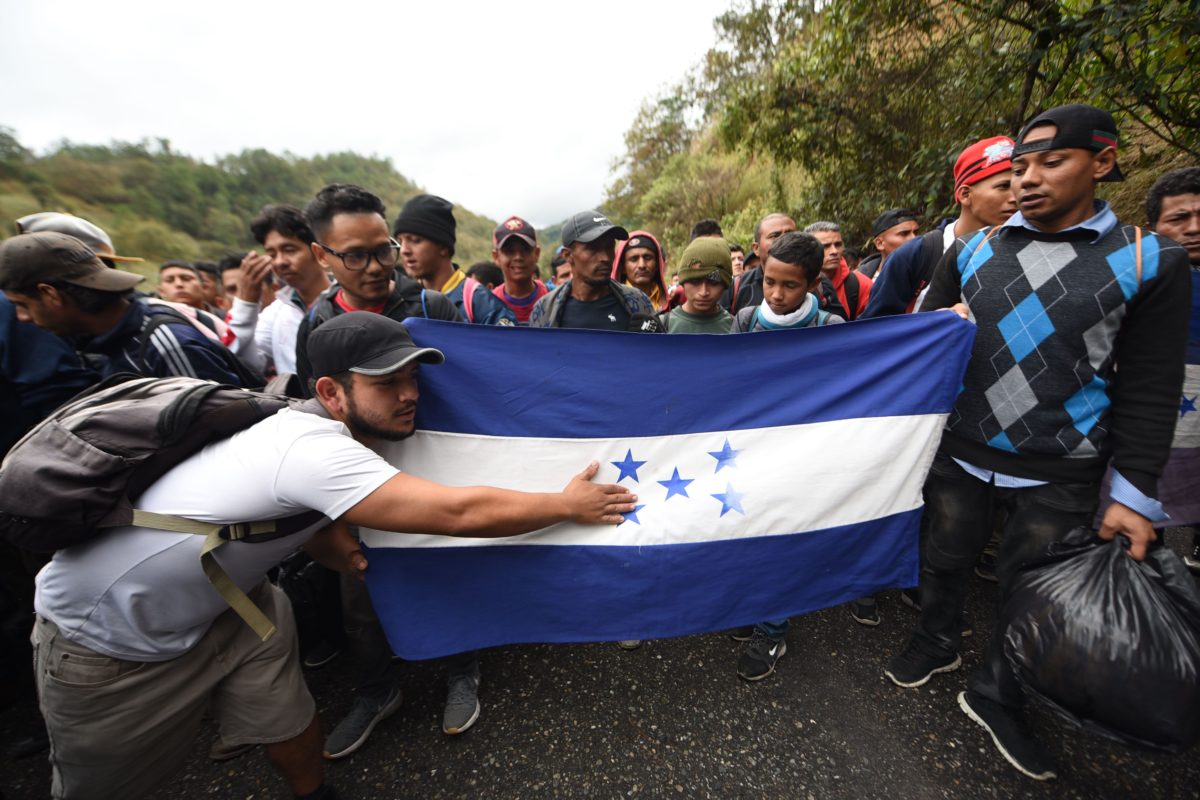 Honduran migrants holding a Honduran flag continue to head to the United States with a second caravan after reaching an agreement with the Guatemalan police in Agua Caliente, Chiquimula region, Guatemala, on the Honduras-Guatemala border on January 16, 2019. (JOHAN ORDONEZ/AFP/Getty Images)

“We don’t have room to hold [detainees], we don’t have the authority to remove them, and they are not likely to be able to be allowed to remain in the country at the end of their immigration proceedings,” acting Homeland Security Secretary Kevin McAleenan said during an April press conference at the U.S.-Mexico border. (RELATED: Report: Border Agents Will Soon Have Authority To Decide Asylum Claims On The Spot)

“Without action from Congress, criminals will continue to profit from human misery along our border,” he continued. “It’s clear that all of our resources are being stretched thin. The system is full and we are beyond capacity.”