The United Nations is out with another alarming report, claiming that one million species, more than ever before, are threatened with imminent extinction if drastic actions aren’t taken.

Sound familiar? That’s because it’s a similar warning given by the head of the United Nations Environment Program (UNEP) nearly four decades ago.

In 1982, UNEP executive director Mostafa Tolba warned U.N. delegates from 100 countries that “on almost every front, there has been a marked deterioration in the quality of our shared environment.”

Tolba continued, warning that unless governments acted immediately, “by the turn of the century, an environmental catastrophe which will witness devastation as complete, as irreversible as any nuclear holocaust.”

Like today, governments weren’t doing enough to stave off the ecological equivalent of nuclear war. But while the 1982 dire prediction made headlines, its failure to come true did not. (RELATED: CNN Uncritically Reports Alarming UN Report, Says We Need ‘Fewer Children’) 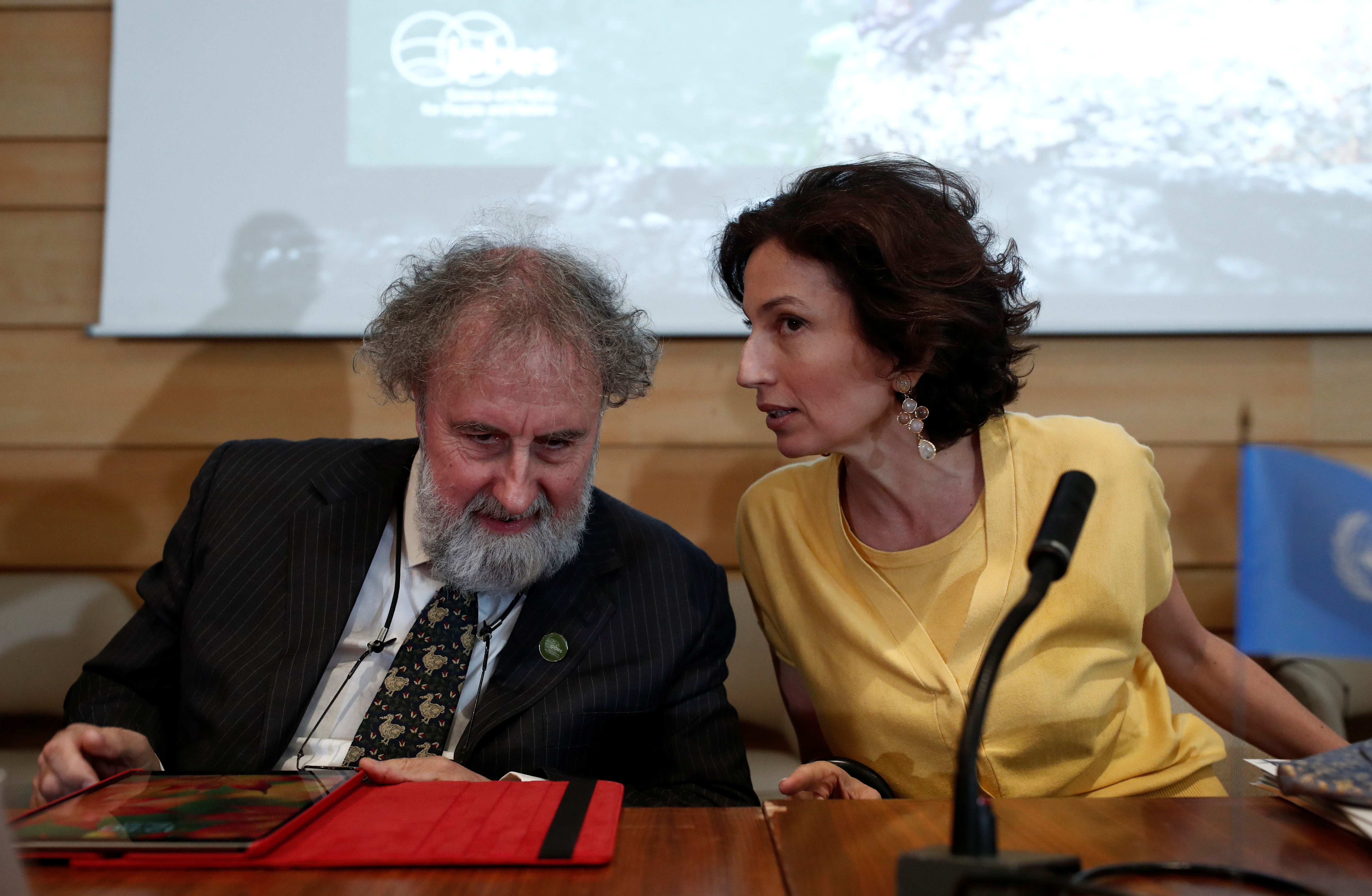 Audrey Azoulay, Director-General of UNESCO and former IPBES Chair Robert Watson attend a news conference on the launching of a landmark report on the damage done by modern civilisation to the natural world by the IPBES at the UNESCO headquarters in Paris, France, May 6, 2019. REUTERS/Benoit Tessier.

Bjorn Lomborg, environmental policy expert and author, highlighted the 1982 Reuters article on Twitter as hysteria over the new U.N. report swept social media. Lomborg, no skeptic of global warming, pointed out the UNEP was wrong in the 1980s as today’s apocalyptic predictions are likely wrong as well.

And here, from 1982, where the executive director of the UN Environment Programme, warning that the world was only a couple of decades away from an ecological disaster as final as nuclear warhttps://t.co/Eabb0I2VuW pic.twitter.com/hcU2o1rRWH

The turn of the century passed 19 years ago, and here we are again facing another dire warning from the U.N., this time that 1 million plant and animal species are threatened with extinction, some within decades, unless action is taken now. The new report, released Monday, warns of an accelerating rate of extinction and continued shrinking of natural habitats due to human activities.

“We are eroding the very foundations of our economies, livelihoods, food security, health and quality of life worldwide,” Sir Robert Watson, chair of the Intergovernmental Science-Policy Platform on Biodiversity and Ecosystem Services (IPBES), said in a statement.

“The Report also tells us that it is not too late to make a difference, but only if we start now at every level from local to global,” Watson said.

IPBES, the U.N. arm behind the report, says population, consumption and pollution all have to be limited in order to save plants and animals from going extinct, threatening a sustainable future. A CNN correspondent put it more bluntly Monday, saying we need to be “consuming less, polluting less and having fewer children” to stave off mass extinction. 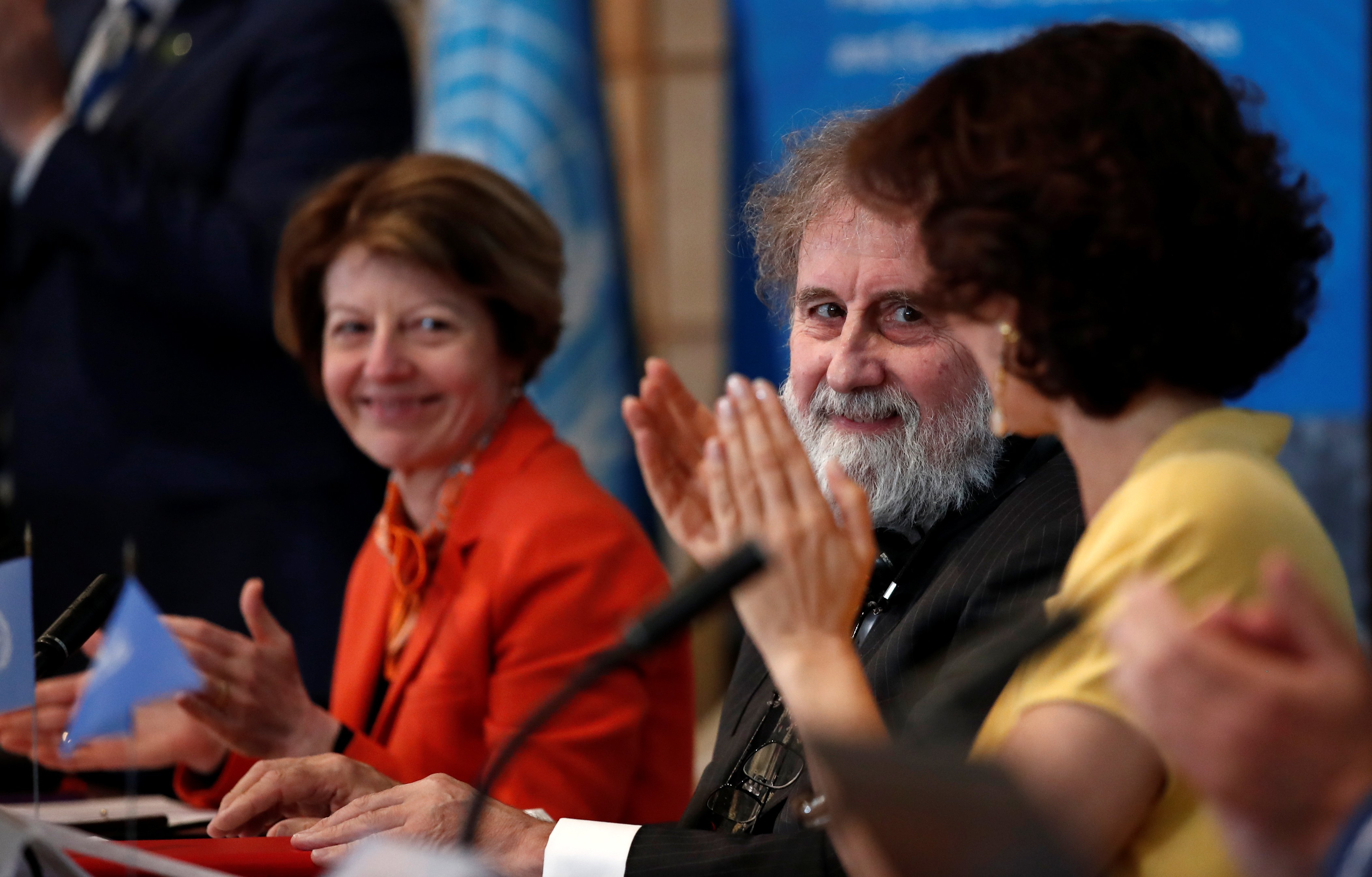 Former IPBES Chair Robert Watson is applauded as he attends a news conference on the launching of a landmark report on the damage done by modern civilisation to the natural world by the IPBES at the UNESCO headquarters in Paris, France, May 6, 2019. REUTERS/Benoit Tessier.

“Through ‘transformative change,’ nature can still be conserved, restored and used sustainably – this is also key to meeting most other global goals,” said Watson.

However, the CNN segment also explained the purpose behind the report — “the authors hope this work will land like last year’s bombshell global warming report, which galvanized the green movement and spurred politicians toward more urgent action.”

The 2018 U.N. reported gave birth to the “12 years left” talking point among climate change activists, stoking protests across the U.S. and Europe. CNN is asserting that authors of the U.N. biodiversity report want to bring activists out into the street as well.

Never mind that the “12 years left” talking point is false — it’s simply a popular take in the media of the report’s findings that aren’t explicitly endorsed by U.N. scientists.