Thousands of students will skip school Friday over global warming as part of an international movement backed by adult activists and based on a misreading of the latest United Nations climate report.

In the U.S., strikers are calling “for the Green New Deal, for a fair and just transition to a 100% renewable economy, and for ending the creation of additional fossil fuel infrastructure,” according to the Youth Climate Strike website.

Young activists say “inaction has left us with just 11 years to change the trajectory of the worst effects of climate change.”

Isra Hirsi, the teenage daughter of Minnesota Rep. Ilhan Omar, is one of the protest leaders. Her mother joined the planned strike for Washington, D.C., and tweeted in support of the climate protests, “We need to listen to the wisdom of our kids!”

Monied environmental organizations are supporting the strikers, and The New York Times said “grown-ups should listen” to children protesters. So, what exactly are these children saying?

“The rest of my life is literally on the line,” 17-year-old activist Feliquan Charlemagne told The Washington Post. “I’m going to have to grow up in this if we don’t take action and don’t turn it around.” 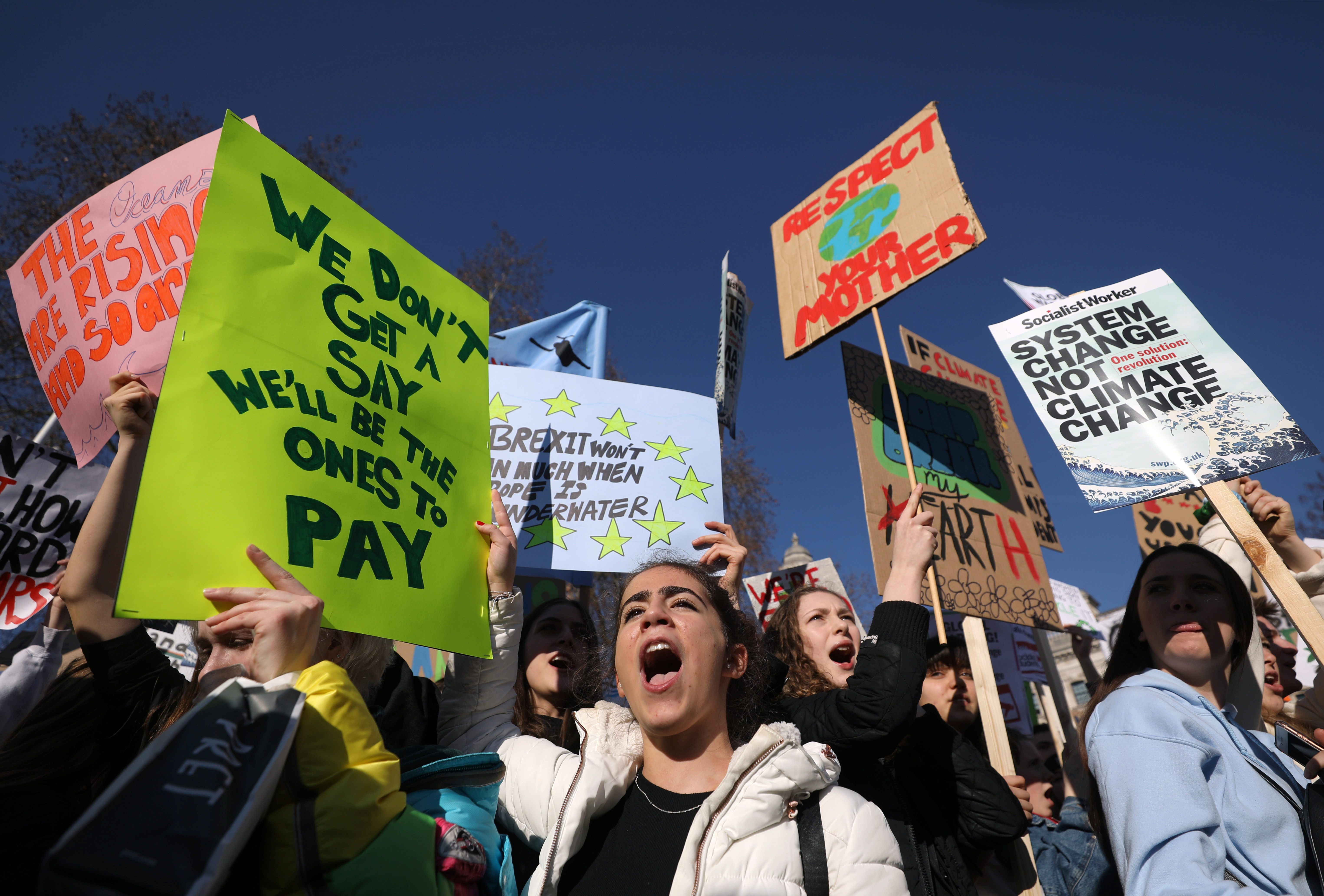 “I have dreams to run for president in 2044, but will that even be a possibility for me if we don’t do anything by 2030?” Isabella Fallahi, a 14-year-old high school student, told The Post. (RELATED: House GOP Demands Nancy Pelosi Hold Hearings On The Green New Deal)

The student strikes were inspired by 16-year-old Greta Thunberg, who began ditching school in August to sit in protest outside Swedish parliament. Thunberg skyrocketed to fame in 2018 after speaking at the United Nations climate summit in Katowice, Poland.

Greta told the U.N. in December that “civilization is being sacrificed” by adults who were “stealing” their children’s futures by not immediately shedding fossil fuels.

Since then, tens of thousands of students across the western world have skipped school to demand politicians immediately enact policies to decarbonize society. To young students, it’s a battle against a bleak, near-apocalyptic future.

Student activists’ alarm isn’t surprising — it’s been nurtured by the media, climate activists and politicians in the wake of a U.N. report released in October.

The U.N. special report stated emissions needed to fall 45 percent below 2010 levels by 2030, and then for emissions to reach zero by 2050 to avoid warming above 1.5 degrees Celsius by 2100. The U.N. Paris climate accord calls for keeping future warming below 2 degrees Celsius.

(And that’s if you put faith in the U.N.’s climate models, which have been shown to overestimate warming by as much as 50 percent.) 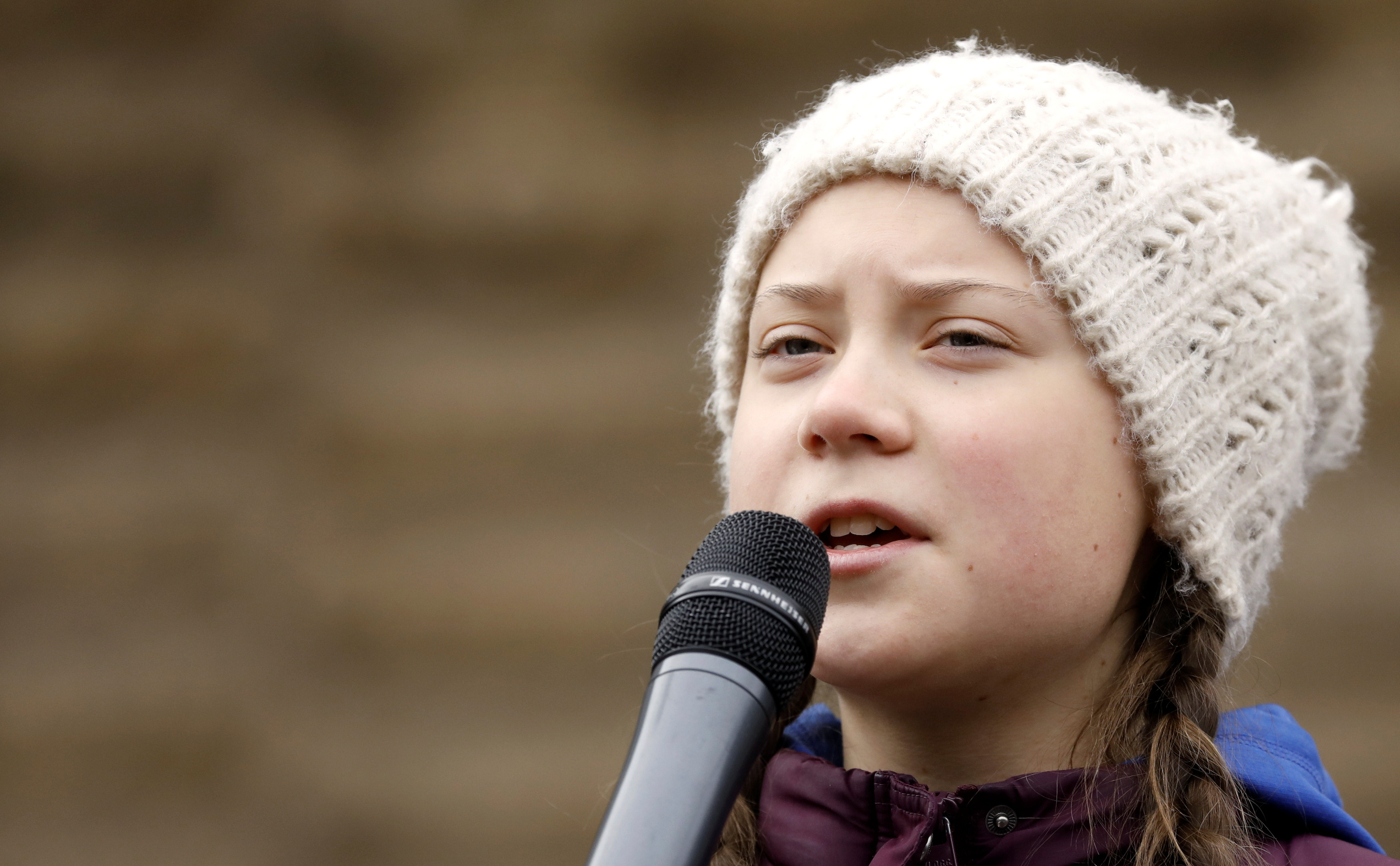 Is 1.5 to 2 degrees of warming catastrophic? The U.N.’s projections suggest no, but the media framed it as a 12-year deadline to prevent climate change catastrophe. (RELATED: Greenpeace Co-Founder Patrick Moore Calls Out His Former Group For Rewriting History)

“The scientists are unanimous on this. We have no more than 12 years to take incredibly bold action on this crisis,” O’Rourke said campaigning in Iowa Thursday, adding its our “final chance” to avert potential “extinction.”

There was such a kerfuffle over Ocasio-Cortez invoking the 12-year climate deadline that climate scientists came forward to refute the talking point. However, those same scientists signed onto a letter endorsing the youth climate strikes — strikes based on the same claims scientists criticized.

So, are we on track for catastrophe? The last major assessment put the cost of 2 degrees Celsius of warming above the pre-industrial era equivalent to “between 0.2 and 2.0% of income.”

As climate policy expert Bjorn Lomborg noted, other estimates put the costs of global warming at 2 to 4 percent in lost economic output by the end of the century — so the world will still be richer, just 2 to 4 percent less rich based on economic models.

Remember, the UN Climate Panel estimates the net impact of uninterrupted climate change by the end of the century to be equivalent to an income loss of 2-4% of GDP
Here update from climate Nobel economist Nordhaus:
Problem, not catastrophehttps://t.co/EuEbi2ATxt pic.twitter.com/89UFjScKMC 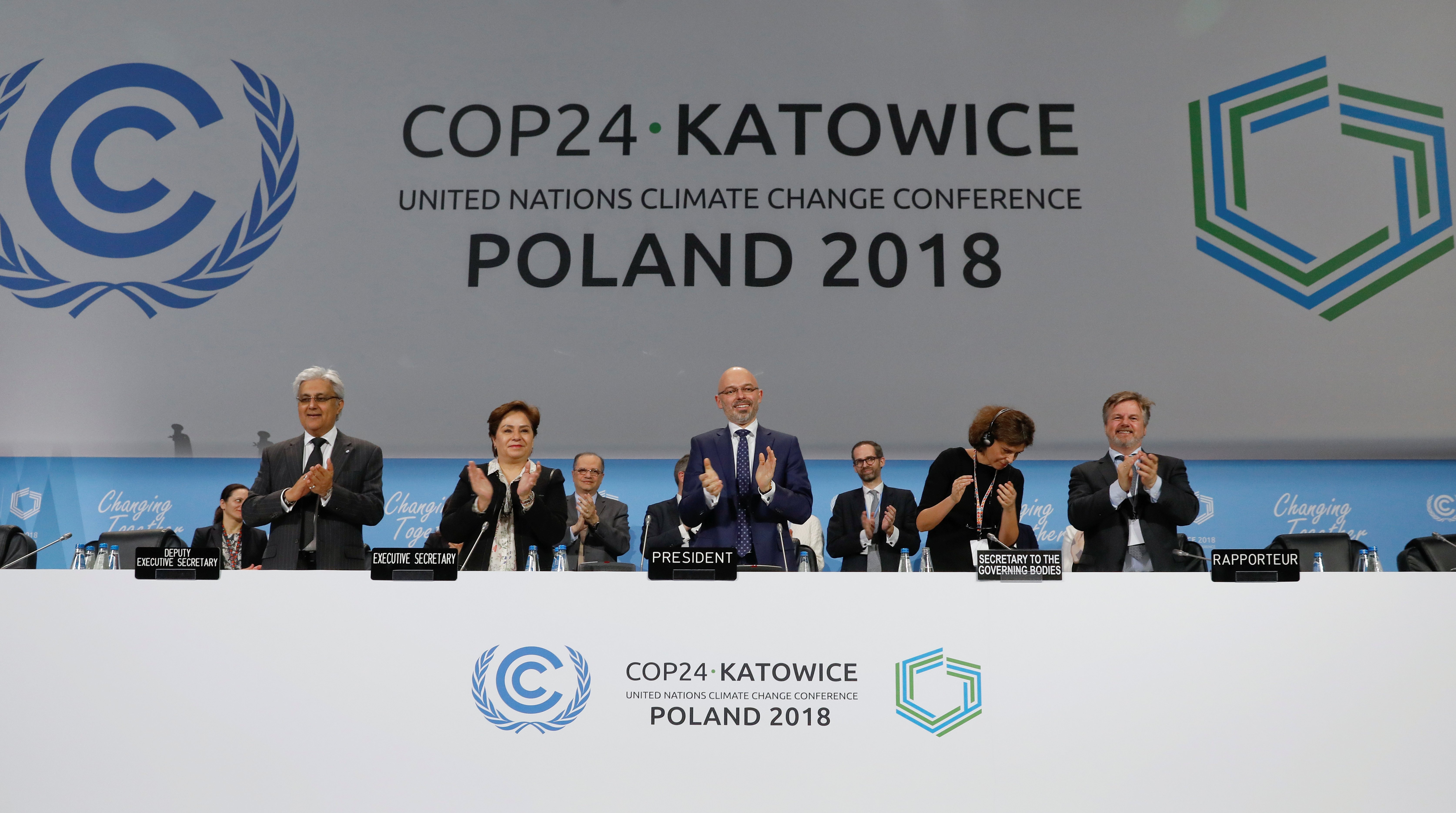 “Problem, not catastrophe,” tweeted Lomborg, director of the Copenhagen Consensus Center and has led in-depth economic analyses on the trade-offs of focusing on climate change at the expense of other issues, like malnourishment and disease.

It is not just about avoiding scaring our kids (and ourselves)
It is also about getting it right on helping the world:

On the flip side, the U.N.’s 2018 special report pegged the cost of reducing emissions in line with Paris accord goals to be “around 2.4 trillion [dollars] between 2016 and 2035, representing about 2.5% of the world GDP.”

Though that may be on the low-end, the U.N. noted, admitting that other “assessments for a 2°C-consistent transition suggest that including investments in transportation and in other infrastructure would increase the investment needs by a factor of three.”