WASHINGTON, D.C.—Hours after House Judiciary Committee Democrats voted to hold Attorney General Bill Barr in contempt of Congress for withholding parts of the Mueller report, the Department of Justice (DOJ) and the House Oversight Committee settled the 2012 contempt case against the DOJ.

According to court documents, settlement negotiations first began January 2017 during the 115th Congress. By March 7, 2018, the Justice Department and the Oversight Committee signed a conditional settlement agreement with certain conditions, which included that the court would vacate certain rulings at issue on remand. However, the court ruled last October that it would not vacate the rulings.

Following a subsequent lapse in appropriations for the DOJ and the election of Cummings as Chair, “the parties resumed settlement negotiations in early February 2019. The parties informed this Court on April 4, 2019, that they had ‘made substantial progress towards a negotiated solution.’”

The settlement agreement includes that the Oversight Committee “will take all necessary steps to voluntarily dismiss its appeal with prejudice in Committee on Oversight and Government Reform of the United States House of Representatives v. Barr, No. 16-5078 (D.C. Cir.), marking the termination of all civil litigation between the parties arising out of the complaint filed by the Committee…” 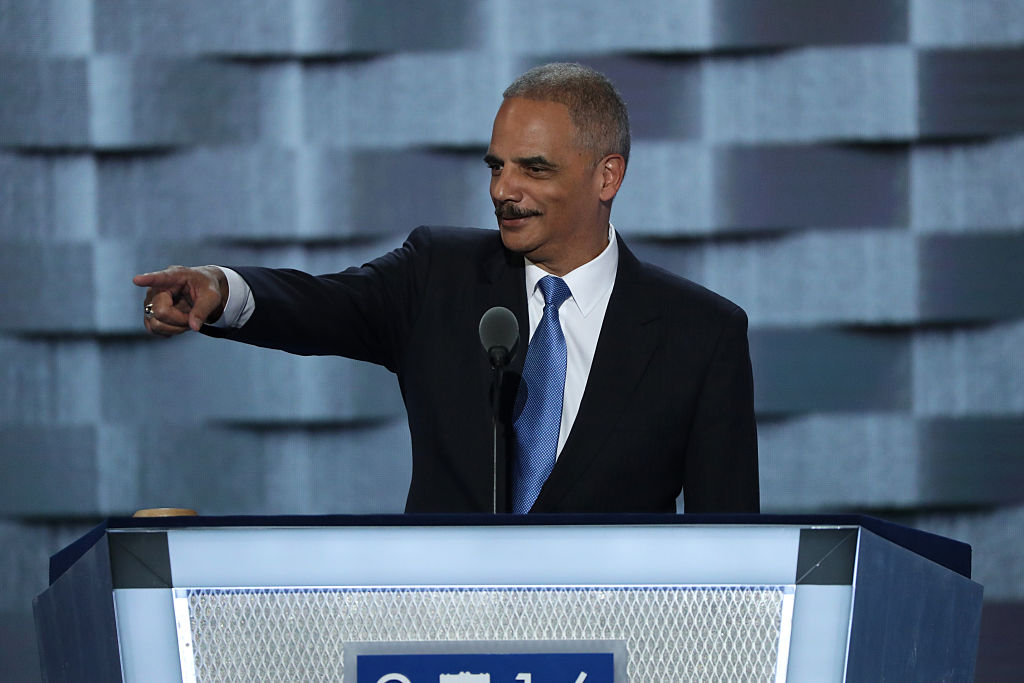 The case with which Holder was charged with contempt by the House sprung from a botched federal gun-tracking program that came to light in 2010.

Known as “Operation Fast and Furious” by the Bureau of Alcohol Tobacco and Firearms (ATF), the gun-walking program came out of the Arizona field office.

Federal investigators set the program up so licensed firearms dealers could sell guns to illegal straw purchasers and the U.S. government could track the firearms to Mexican cartel leaders, arrest them and dismantle their operations.

However, in 2010 it came to light that the guns that ATF was supposed to track turned up at Mexican crime scenes where vicious murders took place and at the site where U.S. Border Patrol Agent Brian Terry was slain by Mexican gang members in December of that year. (RELATED: Holder: No Apology For ‘Fast And Furious’ Death Of Border Patrol Agent).

Holder was charged by the House with two separate contempt resolutions—criminal and civil—for withholding documents related to the Fast and Furious case. The criminal contempt charge was never prosecuted by the U.S. Attorney in D.C., as he served at the pleasure of Holder at the time. The civil charge, though, was a different matter and remained litigated in the court for the past seven years.

The charges against Holder also stemmed from his testimony before Congress, when he claimed he was unaware of the operation until a few weeks before he came to testify. However, leaked documents from the Justice Department showed that he was informed of the matter for months.