The president’s average approval rating currently sits at 45%, according to RealClearPolitics (RCP), which is based on a compilation of polls from April 26 to May 13. The 45% mark is Trump’s highest RCP polling average since February 2017. (RELATED: Chuck Schumer Urges Trump To ‘Hang Tough’ On China)

Since the infancy of his presidency, Trump’s approval ratings have sat at about 40% but have recently begun to tick up into the mid-to-high 40 percentage points — a significant improvement less than 18 months out from the 2020 presidential election. 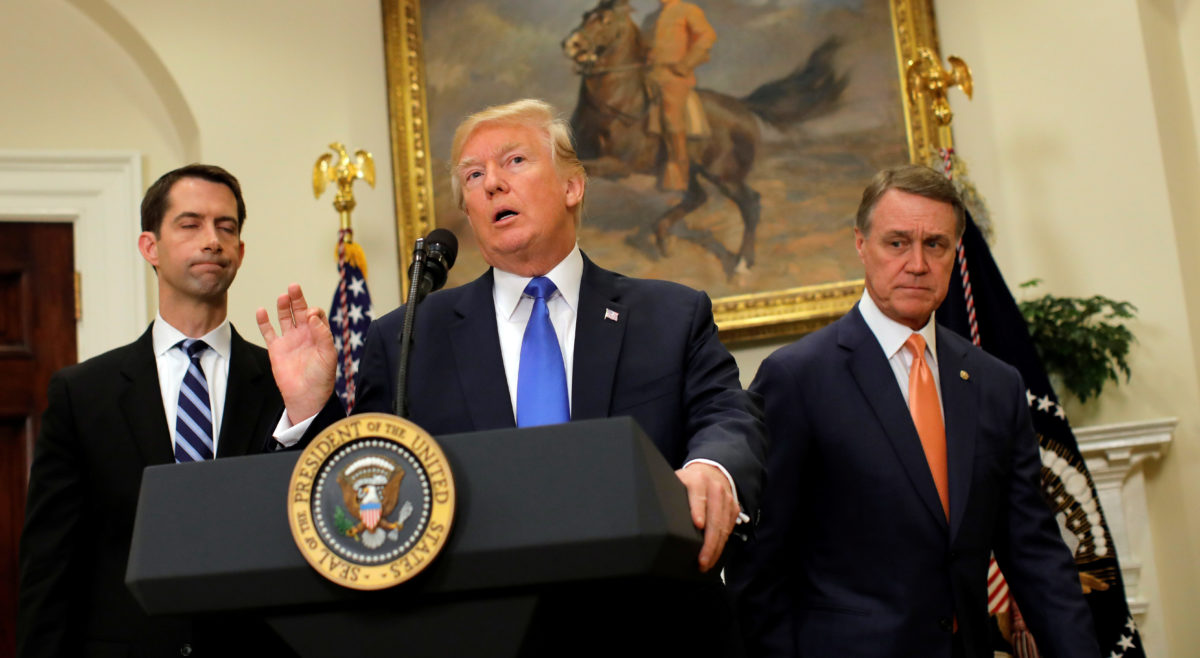 A Gallup poll published last week showed Trump’s approval ratings at 46%, which is higher than the approval ratings for former President Barack Obama at the same point during his first term. (RELATED: Pro-Trump DeSantis Has Highest Approval Of Any Florida Governor In A Decade)

Despite Trump’s reputation as an unprecedentedly polarizing figure, his economic policies have received strong support from the American people, with 58% approving of the president’s handling of the economy, according to a Georgetown University poll released last week.

The U.S. has seen more than 3% GDP growth in back to back years under Trump’s watch, a feat that was never reached under the Obama administration. The economic boom is widely credited to the 2017 Republican “Tax Cuts and Jobs Act,” as well as the Trump administration’s deregulation agenda.

Trump took to Twitter Monday list some of his accomplishments made in office while countering Democrats’ accusations of a “Constitutional crisis” following special counsel Robert Mueller’s findings. The president wrote, in part, “We … have the strongest [e]conomy in our history, best employment numbers ever, low taxes [and] regulations, a rebuilt military & V.A., many great new judges [and] so much more.”