The BBC defended its translation of “Jews” as “Israelis” in interviews where Palestinians admitted hatred toward Jews and excitement at the thought of killing them.

A BBC spokesperson said the news outlet consulted “experts” before deciding to translate use of the Arabic word “Yahudi,” which translates literally to “Jew” in English, as “Israeli” in interviews with Palestinians in the documentary “One Day in Gaza,” which aired Monday. Palestinian interviewees in the documentary talked about wanting to tear off a Jew’s head and their desire for vengeance against Jews. (RELATED: Hamas, Israel Agree To Second Ceasefire In 10 Days)

“I’m not one for fighting or burning tires, but when I went I was convinced by it,” Palestinian protester Bader Saleh said in Arabic on the documentary, according to The Jewish Chronicle. “The revolutionary songs, they excite you, they encourage you to rip a Jew’s head off.”

The BBC translated his comment as: “They encourage you to rip an Israeli’s head off.”

“We sought expert advice on the translation before broadcast and we believe the translation of ‘Yahudi’ as ‘Israeli’ in this documentary is both accurate and true to the speakers’ intentions,” the BBC spokesperson said. 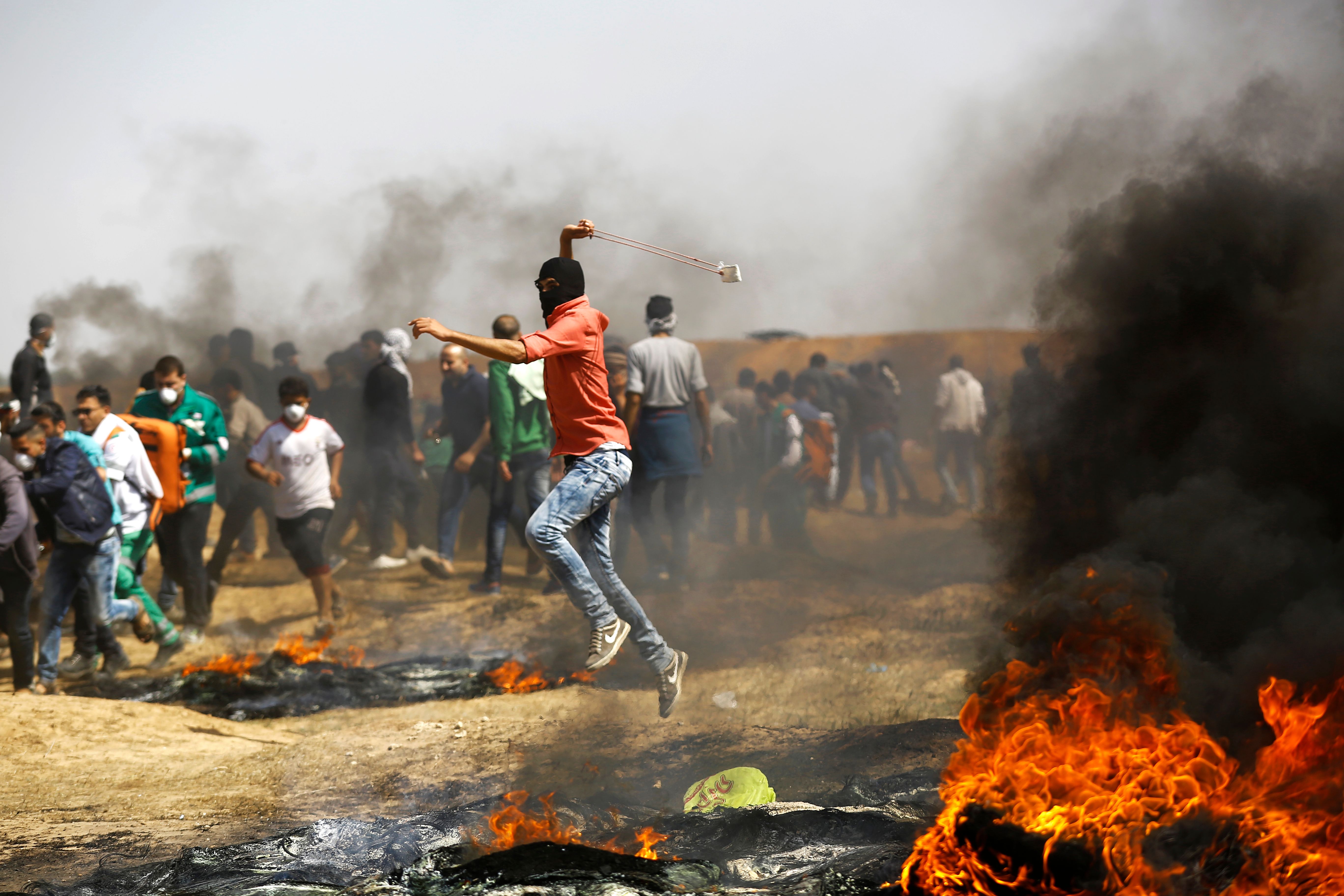 A Palestinian demonstrator uses a slingshot to throw stones during clashes with Israeli security forces following a protest on the Israel-Gaza border east of the Jabalia refugee camp in the northern Gaza Strip on April 6, 2018. (Photo: MOHAMMED ABED/AFP/Getty Images)

Lyse Doucet, chief international correspondent for the BBC, argued the translation was justified given advice that translators in Gaza gave the BBC.

“We talked to people in Gaza, we talked to translators. When [the children] say ‘Jews,’ they mean ‘Israelis,'” Doucet said. “We felt it was a better translation of it.”

Jewish advocacy groups decried the decision as an attempt to cover up blatant Antisemitism.

“The anti-Jewish racism in the phrase ‘rip a Jew’s head off’ is there for all to see. The BBC should explain why viewers were given a subtitle in which the word Jew was substituted for Israeli,” said Sheila Gewolb, senior vice president of Board of Deputies of British Jews. “Does the BBC believe that its job is to protect the perpetrators from their own racism?”

Holocaust historian Deborah Lipstadt also denounced the BBC’s translation as “yet another blatant example of the failure to take the scourge of antisemitism seriously.”