A top official in the Department of Labor (DOL) is leaving after the White House investigated allegations he mistreated staff and mislead senior officials.

“The pace of change has not been sufficient. [Labor Secretary Alexander Acosta] tends to be fairly fearful of taking hardline positions. He tends to be solicitous of the unions, often making the argument that that’s what the president wants,” a source told Axios.

Geale is set to leave the department at the end of the month.

“I want to thank the dedicated and professional staff of the Department of Labor for helping to do so much good work for our nation,” Geale said in a statement released by the DOL. “I am very excited to spend time with my new family and take on the next challenges of our journey.”

“In many positions at the Department of Labor, on Capitol Hill, and as a member of the National Mediation Board, Nicholas Geale is a national expert on labor issues,” Acosta said in a statement. “After years of hard work here at the Department, I wish him the best on his future endeavors.” 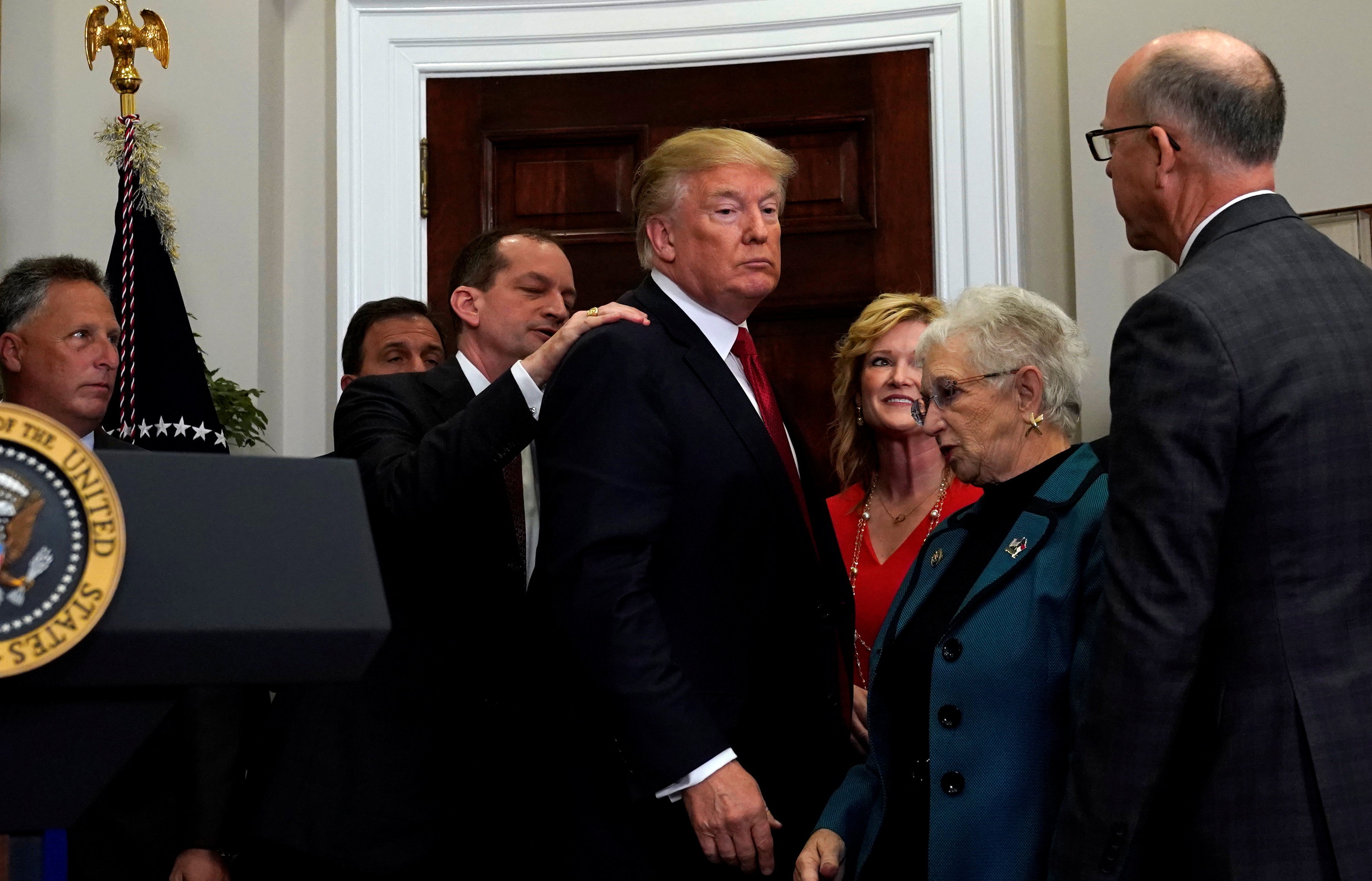 U.S. Labor Secretary Alexander Acosta puts his hand on the shoulder of U.S. President Donald Trump to prevent him from leaving the room after Trump forgot to sign an executive order on healthcare at the White House in Washington, U.S., Oct. 12, 2017. REUTERS/Kevin Lamarque

The White House Office of Management and Budget investigated complaints filed against Geale that he created a hostile work environment and purposely mislead the White House on the progress of certain deregulatory activities, according to Bloomberg Law.

The complaints, formal and informal, have continued against Geale for about two years and have involved several political staff having face to face meetings with Acosta over Geale’s behavior, Bloomberg reported.

“The only question in my mind is, is it Nick Geale that’s the problem? Or is he just doing his boss’ bidding? It’s not clear to me that Nick is the only problem. You take your cues from the top,” a source told Axios.