A white firefighter is suing the Fire Department of New York (FDNY) for racial discrimination.

Lt. Daniel McWilliams, in a suit filed Friday in Brooklyn, said he was removed from a FDNY color guard because he was a white man at a ceremony honoring black firefighters, the New York Daily News reports.

The event in question was a memorial mass on Nov. 19, 2017 in honor of Vulcan Society members who had passed away. The society is an association for black firefighters within the fire department. 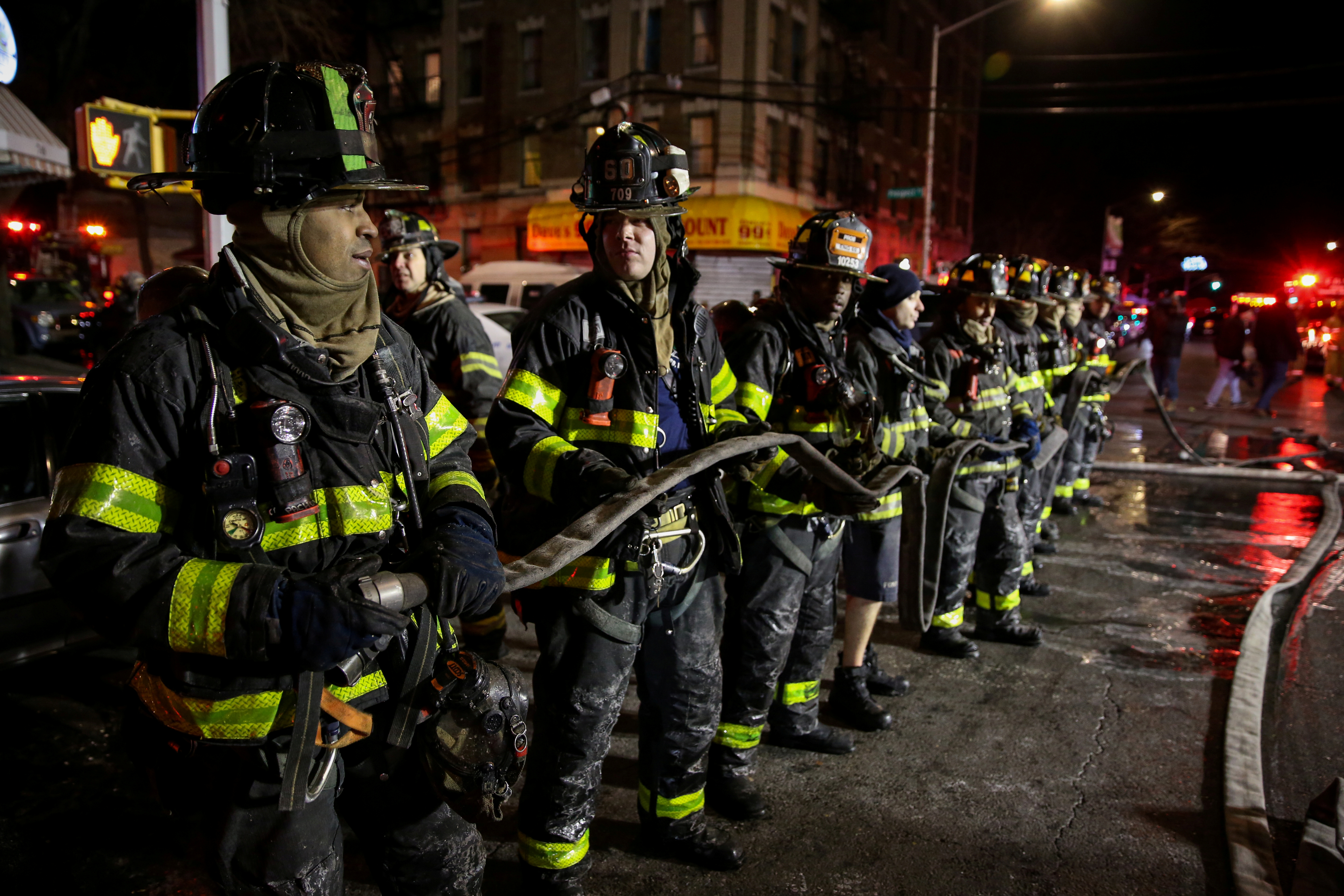 McWilliams is also suing the Vulcan Society for violating his civil rights, Fox News reported. McWilliams gained some degree of fame as one of the firefighters who was captured in photographs raising the American flag in the wasteland of 9/11 terrorist attacks. The picture was reminiscent of the iconic photograph of U.S. Marines hoisting Old Glory after successfully capturing the high ground in the Second World War battle of Iwo Jima. (RELATED: 9/11 Firefighter Whose Son Was Murdered On Day Of Attacks Slams Omar)

Many of McWilliams’ colleagues have fallen victim to cancer, reportedly as a result of exposure to toxic and carcinogenic materials on that day.

A boy holds a U.S. flag as he looks at photos of New York City firefighters that died in the 9/11 terror attacks September 11, 2006 in Lafayette, California.  (Photo by Justin Sullivan/Getty Images)

According to McWilliams’ lawsuit, he was told by the Vulcan Society president that he was not wanted at the ceremony.

The lawsuit said that “racially-charged exchanges” resulted and McWilliams opted to leave the color guard and the church “to save himself from further shame, humiliation and embarrassment.” (RELATED: New York Fire Chief Dies From 9/11-Related Cancer)

“As a result of the defendants’ conduct, [McWilliams] has suffered severe shame, emotional distress and damage to his reputation,” the lawsuit alleges. “Defendant Wilson … intentionally, maliciously and publicly stripped the plaintiff of (his) prestigious honor … on account of his race.”

McWilliams is asking for a jury to assess the charges and seeks financial and punitive damages against the society, the FDNY, and the city of New York.