Avenatti forged Daniels’ signature and used fraudulent documents to convince a literary agent to divert nearly $300,000 in payments from Daniels’ book advance, according to federal prosecutors in the Southern District of New York.

They claimed that Avenatti used the money “principally for his own personal and business purposes.”

According to prosecutors, Avenatti received two separate payments of $148,750 in the alleged scheme. He also “lied” to Daniels when she inquired about her book payments by claiming that the publisher had yet to pay her literary agent.

After obtaining the first payment, Avenatti allegedly used funds from another source to pay Daniels so that she would not realize she had been scammed.

Around a week later, he received another payment through the scheme. Avenatti used that money to make a payment to a close friend, to lease a luxury automobile, and pay for “airfare, dry cleaning, hotels, restaurants and meals, payroll, and insurance costs,” prosecutors said.

Prosecutors said that in order to conceal the ploy, Avenatti led Daniels to believe that the publisher was refusing to pay the literary agency.

The same New York prosecutors are handling another extortion case involving Avenatti, who was once a prominent guest on CNN and MSNBC.

Avenatti allegedly hid a $4 million settlement that was supposed to be paid out to a mentally ill, paraplegic man he represented in a lawsuit in Los Angeles. (RELATED: Avenatti Allegedly Scammed Paraplegic Client Out Of $4 Million Settlement)

Avenatti said Tuesday that he expected to be indicted again, but he did not say that the case involved Daniels. 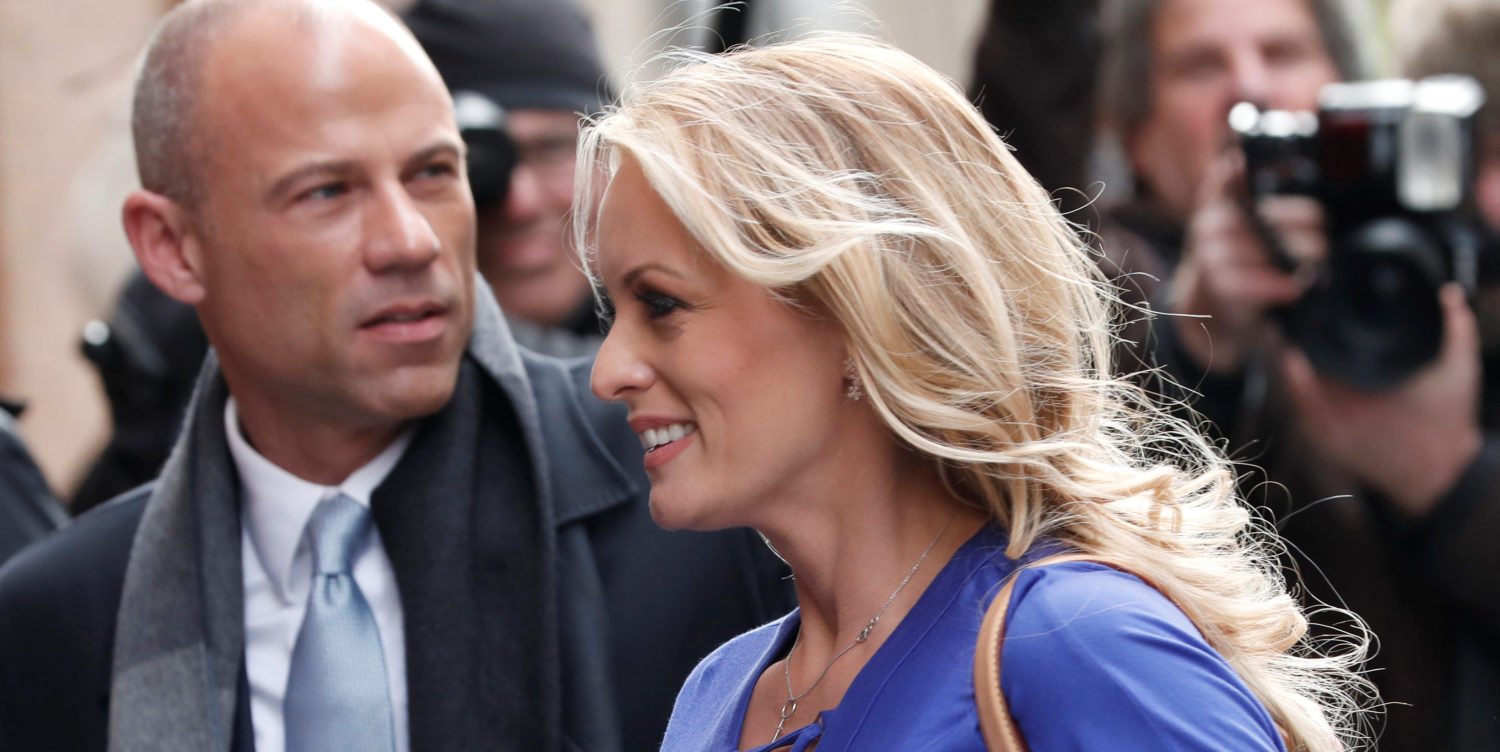 “I expect an indictment to issue from SDNY in the next 48 hrs charging me in connection with my arrest in March,” he tweeted. “I intend on fighting these bogus/legally baseless allegations, and will plead not guilty to ALL CHARGES. I look forward to the trial where I can begin to clear my name.”

Cohen paid Daniels $130,000 in October 2016 as part of a deal to prevent the adult film actress from discussing an alleged affair she had with Trump in 2006.

Cohen pleaded guilty on Aug. 21, 2018 to a campaign finance violation because of the payment.

Avenatti appeared frequently on TV to berate Cohen and Trump. But he also used that platform to pick up new clients that he used to elevate his political standing. He represented Julie Swetnick, a woman who claimed she was drugged and raped at a party attended by Supreme Court Justice Brett Kavanaugh.

No evidence has emerged to support Swetnick’s claims, and several people who know her have questioned her allegations.

Avenatti at one point in 2018 floated the idea of running for president in 2020.