Border Patrol Tucson Sector Chief Roy Villareal broke down how drug traffickers are taking advantage of the immigration crisis at the U.S. southern border, a situation he said will continue without help from Congress.

“This appears to be a growing trend — something that we experienced before, but we abated it through cooperative effort with our federal law enforcement partners, but it seems to be on the rise again,” Villareal said Sunday on “Fox and Friends,” referring to the amount of drugs crossing through the U.S.-Mexico border.

“We’re focused on the migrant caravan, the overwhelming numbers of aliens that are showing up, and this is opportunistic from the perspective that narcotic traffickers realize there is an opportunity and they are going to utilize it to import illicit narcotics,” Villareal continued.

Customs and Border Patrol agents across the country have seized 138,610 pounds of marijuana, 32,951 pounds of cocaine, 32,814 pounds of meth, and 2,708 pounds of heroin since the beginning of this fiscal year.

Villareal said that the enormous number of family units and unaccompanied minors reaching the border has forced agents to increasingly take on a caretaker role, resulting in fewer resources going towards immigration and border security. The situation, he claimed, cannot continue without help from Congress.

“We’ve been speaking about this crisis for number of months now. The humanitarian aspect is overwhelmed our operational capability. The majority of ages are focused on the care and well-being of the aliens, and with that comes a loss in border security,” he explained.

Law enforcement officials have warned about Mexican cartels increasingly pushing meth into the interior of the country.

Meth-related deaths in the U.S. reached 6,762 in 2016, according to the Centers for Disease Control and Prevention. This is around 3.5 times the amount from 2011. Although specific data beyond 2016 is not currently available, provisional data through July 2018 suggests that meth-related deaths are still climbing. 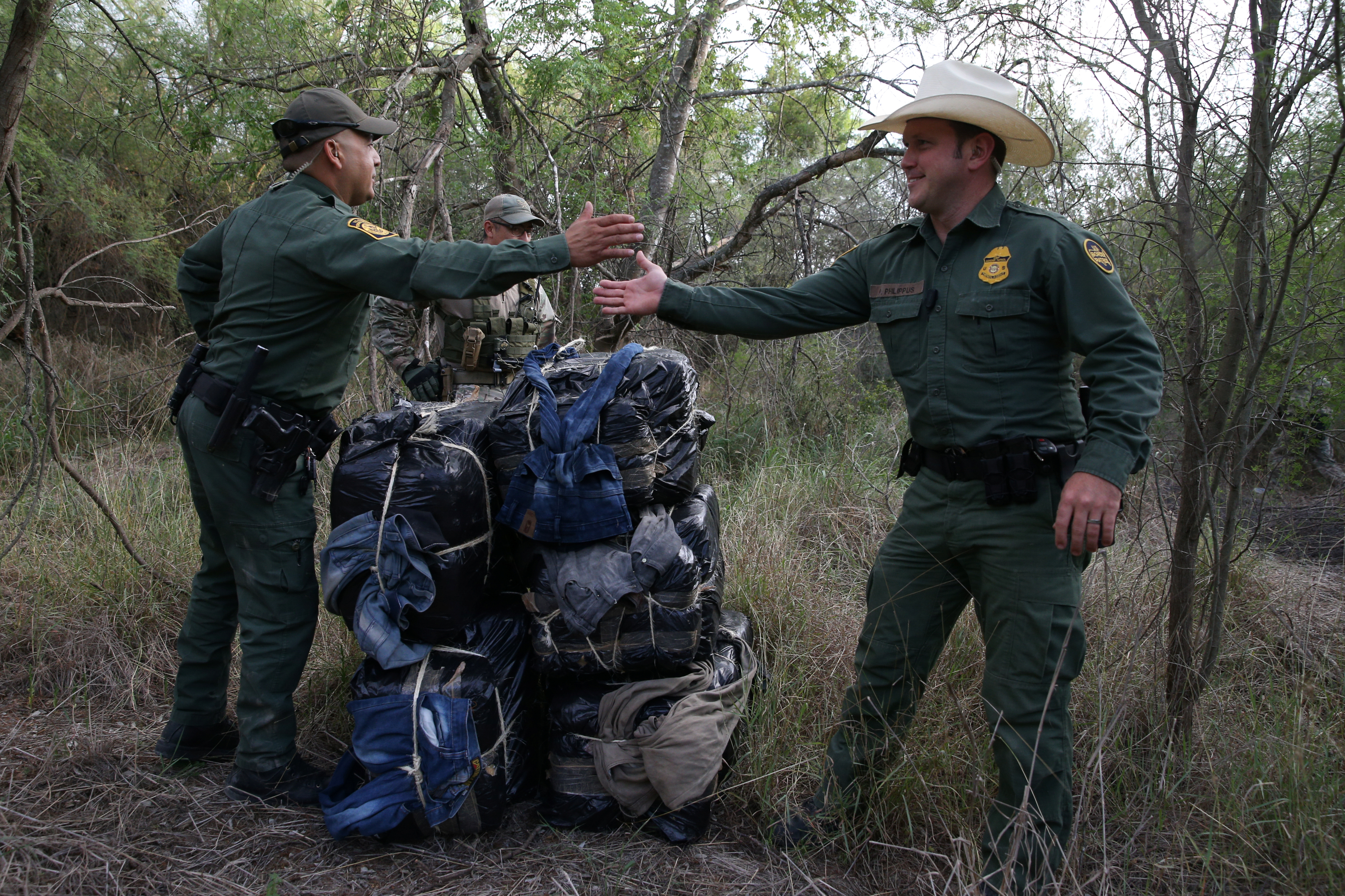 Border patrol agents congratulate each other after seizing 297 pounds of marijuana following a drug bust by the Mexico-U.S. border in the Rio Grande Valley sector, near McAllen, Texas, U.S., April 5, 2018. REUTERS/Loren Elliott

The Tucson Sector chief said lawmakers must not only give “supplemental funding” to Border Patrol agents, but they also must make changes to the immigration system “as a whole.” His comments closely reflect what other leaders within the Department of Homeland Security (DHS) have asked of Congress. (RELATED: Obama’s Former DHS Secretary: Population Of Orlando Reached Our Border In Two Months)

“Our immigration system is full and we are well beyond our capacity at every stage of the process,” DHS Secretary Kevin McAleenan said Wednesday while testifying before a House committee. “Given the scale, we will exhaust our resources well before this fiscal year.”