The match took place at the Ryōgoku Kokugikan Stadium in the capital, and President Trump presented a custom trophy to the winner — marking the first time an American president has done so.

Tonight in Tokyo, Japan at the Ryōgoku Kokugikan Stadium, it was my great honor to present the first-ever U.S. President’s Cup to Sumo Grand Champion Asanoyama. Congratulations! A great time had by all, thank you @AbeShinzo!! pic.twitter.com/nwwxJl6KXH

During the match, the president and first lady joined over 11,000 fans in the Tokyo stadium. The other guests sat on traditional mats, while Trump was provided a chair with back support. (RELATED: Melania Turns Heads In Gorgeous Navy Blue Jumpsuit In Tokyo)

On more than one occasion, Japanese Prime Minister Shinzo Abe and his wife Akie Abe appeared to be explaining what was happening. 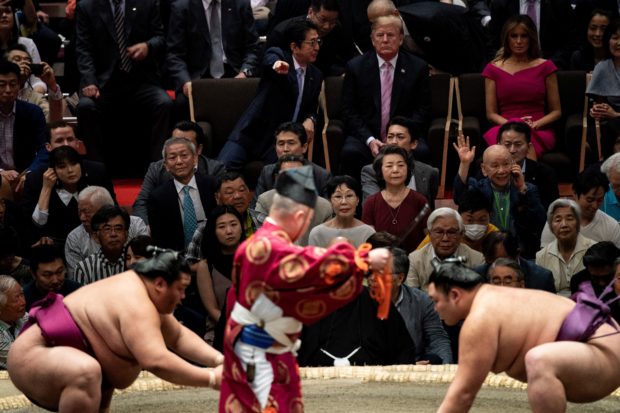 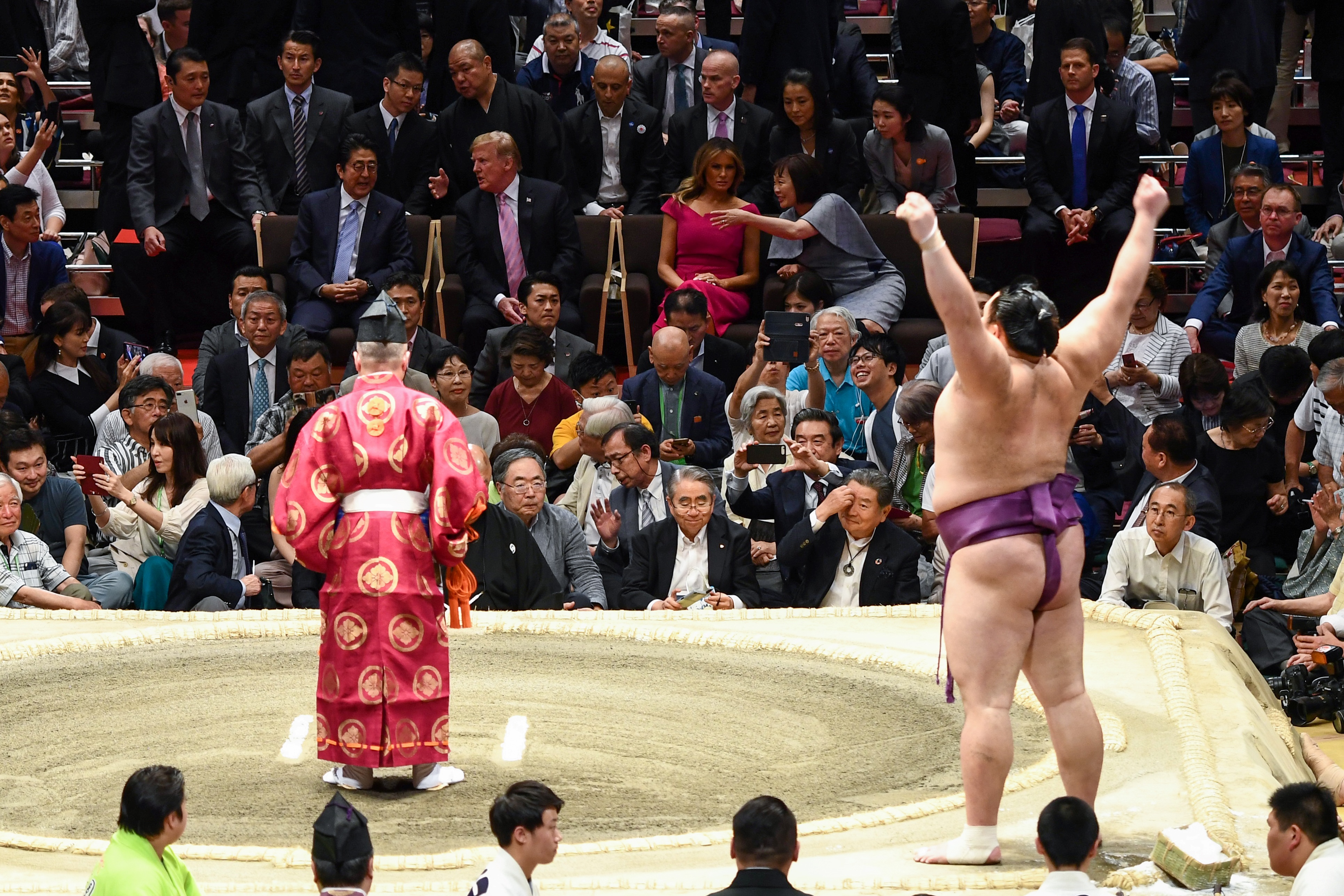 US President Donald Trump and First Lady Melania Trump are accompanied by Japan’s Prime Minister Shinzo Abe and his wife Akie Abe (centre row) as they watch a sumo battle during the Summer Grand Sumo Tournament in Tokyo on May 26, 2019. BRENDAN SMIALOWSKI/AFP/Getty Images

Once the match ended and the president approached the sumo ring — also called “the sacred mound” — to present the trophy, Melania remained on the mat. Tradition dictates that women are not allowed on the mound.

The group followed the match with dinner at a hibachi grill.