“I will be announcing my Second Term Presidential Run with First Lady Melania, Vice President Mike Pence, and Second Lady Karen Pence on June 18th in Orlando, Florida, at the 20,000 seat Amway Center. Join us for this Historic Rally!” Trump wrote on Twitter Friday with a link to register to attend.

The rally will likely be a far cry from his 2015 announcement. After declaring his candidacy, “Rockin’ In The Free World” by Neil Young briefly played before Trump continued speaking, vowing to be “the greatest jobs president that God ever created.” (RELATED: Rep. Justin Amash Holds First Town Hall Since Accusing Trump Of ‘Impeachable Conduct’)

Now, he has been in office for more than two years and is contending with a wide swath of Democratic candidates — and a few challengers from the right and center. More than 20 candidates have announced they’re running for president in 2020, with many more waiting in the wings for just the right time to launch a formal campaign. Democratic heavyweights, newcomers and no-names are champing at the bit to face Trump. 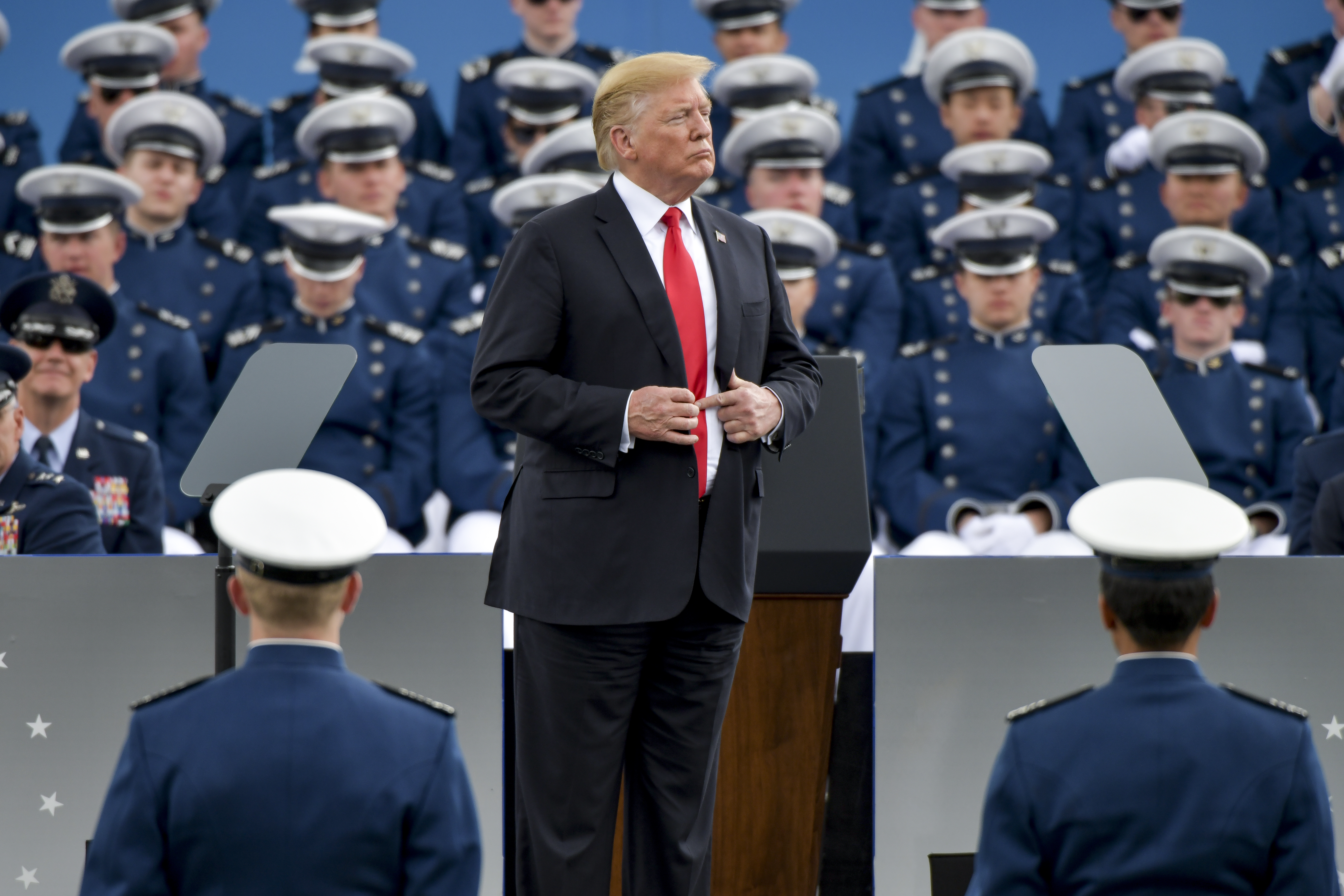 President Donald Trump waits to shake hands with United States Air Force Academy cadets as they receive their diplomas during their graduation ceremony at Falcon Stadium on May 30, 2019 in Colorado Springs, Colorado. (Photo by Michael Ciaglo/Getty Images)

Trump has been piling on the attacks on former Vice President Joe Biden, who appears to be leading the Democratic field. Trump attacked Biden on Twitter Monday with a critique liberal outlets have been using for years.

“Anyone associated with the 1994 Crime Bill will not have a chance of being elected. In particular, African Americans will not be [a]ble to vote for you. I, on the other hand, was responsible for Criminal Justice Reform, which had tremendous support, and helped fix the bad 1994 Bill!” Trump wrote on Twitter Monday.