Over the past several months, John Bolton has emerged as the architect of some of the Trump administration’s most significant foreign policy decisions. With his newfound clout, Bolton has pushed for tougher stances on everything from North Korea to Iran. But should Trump continue following the lead of his hawkish national security advisor on foreign policy, he risks alienating a core part of his base. As 2020 swiftly approaches, that’s a big gamble — one that’s unlikely to pay off.

According to Reuters, the collapse of the Hanoi Summit is due, in part, to Bolton’s interference. He pushed Trump to demand North Korea transfer its nuclear weapons and bomb fuel, a stringent request that Pyongyang refused. Bolton has also spearheaded the administration’s efforts to support regime change in Venezuela, urging top Venezuelan military brass to abandon Maduro.

But nowhere are Bolton’s fingerprints more evident than in the recent escalation with Iran. On May 5th, the National Security Advisor announced the United States would deploy an aircraft carrier and a bomber task force to the Persian Gulf. Shortly thereafter, The New York Times reported that Bolton had directed the Pentagon to develop a plan to ship 120,000 troops to the Middle East in the effort to counter Iran. (RELATED: John Bolton Notepad Raises Eyebrows Across South America)

Such hawkish foreign policy differs starkly from that which Trump espoused in his 2016 campaign. Back then, Trump appealed to the war-weariness of many Americans. During his signature foreign policy speech, the New York businessman promised that “unlike other candidates for the presidency, war and aggression will not be my first instinct,” adding that “a superpower understands that caution and restraint are really truly signs of strength.” On the campaign trail, Trump frequently denounced the Iraq War as a costly mistake, vocally opposing further incursions in the Middle East.

This anti-interventionist stance played a crucial role in Trump’s victory. A University of Minnesota study found “that there is a significant and meaningful relationship between a community’s rate of military sacrifice and its support for Trump.” According to the researchers, Trump performed well in regions that suffered disproportionately high casualty rates during the Iraq and Afghanistan wars. These communities had also turned against the GOP during the 2000s, thanks to the Bush administration’s hawkish behavior. 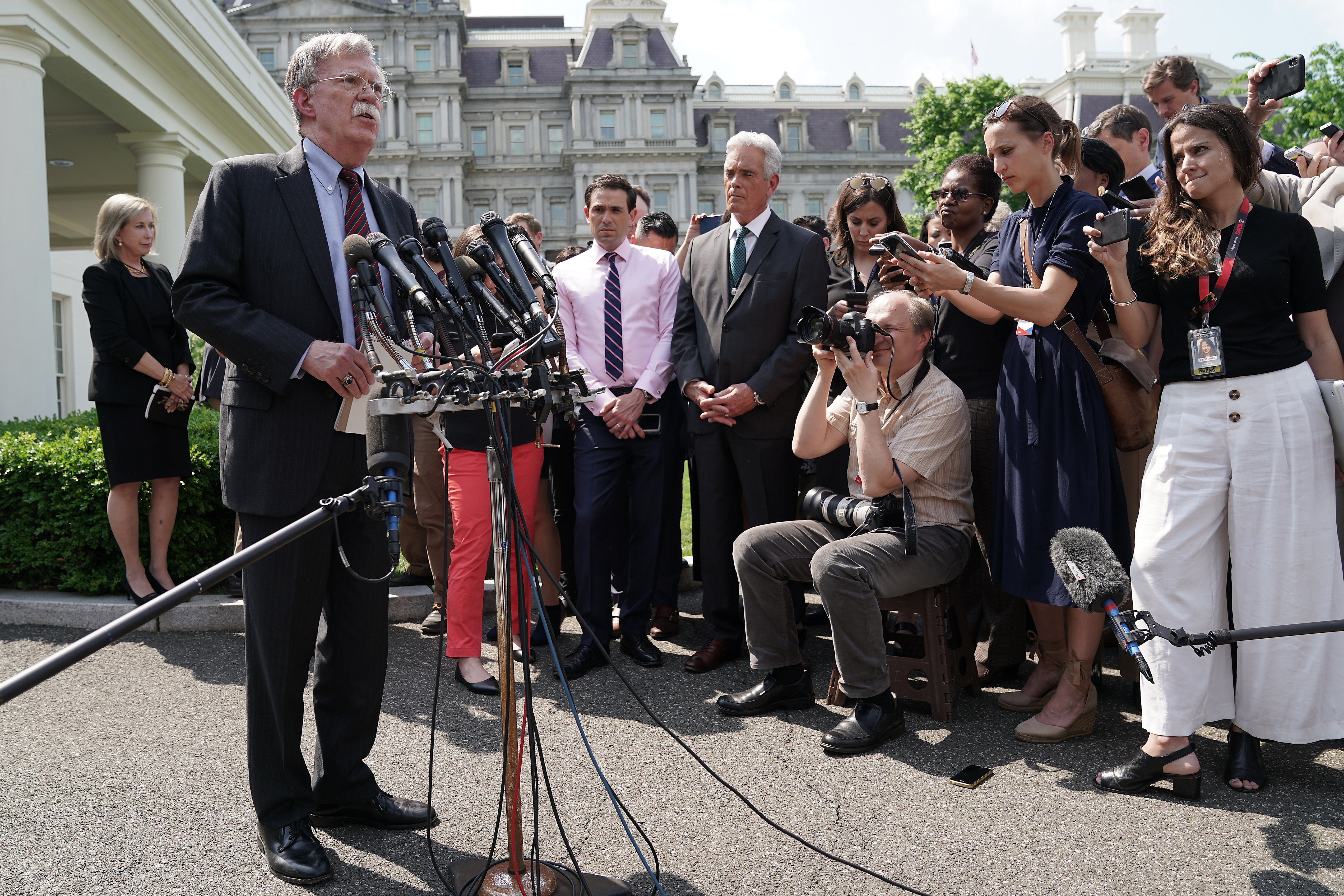 Indeed, the impact of war-weariness was so great that “if three states key to Trump’s victory — Pennsylvania, Michigan, and Wisconsin — had suffered even a modestly lower casualty rate, all three could have flipped from red to blue and sent Hillary Clinton to the White House,” the study said.

As 2020 approaches, many voters still crave a less interventionist foreign policy. In January, a poll from the Morning Consult/Politico showed that 49 percent of Americans opposed maintaining troops in Syria, Iraq, and Afghanistan — and only 33 percent supported it. Likewise, a February survey from the Eurasia Group Foundation concluded that “the American public supports a more restrained approach to international relations and military interventions.” These voters are unlikely to back a new war in Iran or Venezuela.

Continued diplomacy with Pyongyang, on the other hand, is something they’d welcome. In the aftermath of the first Trump-Kim meeting, a poll from the Associated Press-NORC Center for Public Affairs Research found that 55 percent of Americans approved of Trump’s outreach to North Korea. However, after the collapse of the Hanoi summit and North Korea’s renewed missile tests, it is far from certain that Trump will be able to regain momentum on this issue.

The administration’s moves with Iran are already drawing criticism from Trump-sympathetic commentators. Fox personality Laura Ingraham warned Trump on Twitter that war with Iran could cost him the next election. Her colleague Tucker Carlson, too, didn’t mince any words on his show last week, when he painted Bolton as a malignant influence on Trump.

“More than anything in the world, National Security adviser, John Bolton would love to have a war with Iran. It would be like Christmas, Thanksgiving, and his birthday wrapped into one,” Carlson argued. “Well, mercifully, John Bolton doesn’t command the military. President Trump does. The question is: ‘How influential is Bolton in the White House?’” (RELATED: John Bolton Has A Menacing Message For Venezuela)

Rhetorically, Trump still pays homage to the anti-interventionist vision he ran on in 2016. For instance, he declared in his State of the Union Address, “Great nations do not fight endless wars.” If Trump hopes to recapture the anti-war vote in 2020, he will have to back up his words with action. If Bolton continues to be given his way, the voters who cast their ballot for Trump in hopes of ending the ceaseless wars in the Middle East are unlikely to do so again.