Melania Trump definitely turned heads Monday when she showed up in gorgeous ivory silk floor-length gown to a state dinner at Buckingham Palace in London. 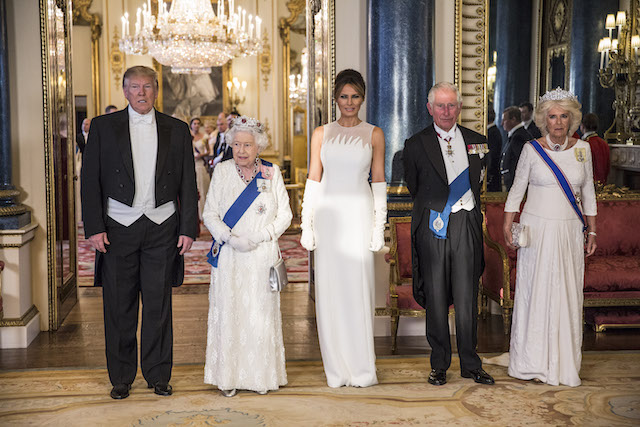 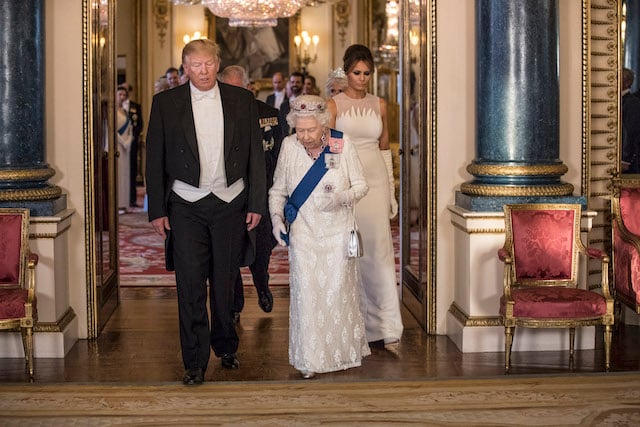 The first lady looked just as stunning as ever wearing a Dior Haute Couture crepe gown with silk tulle detail that went down to her feet as she joined President Donald Trump and Queen Elizabeth II for a State Banquet during their trip to the United Kingdom. (RELATED: Ivanka Turns Heads In Gorgeous Yellow Plaid Skirt Suit) 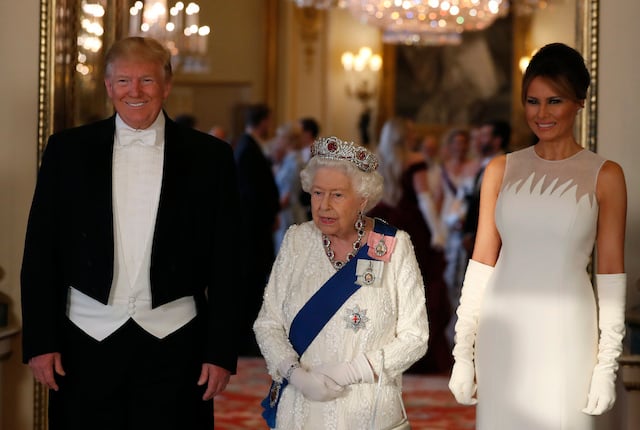 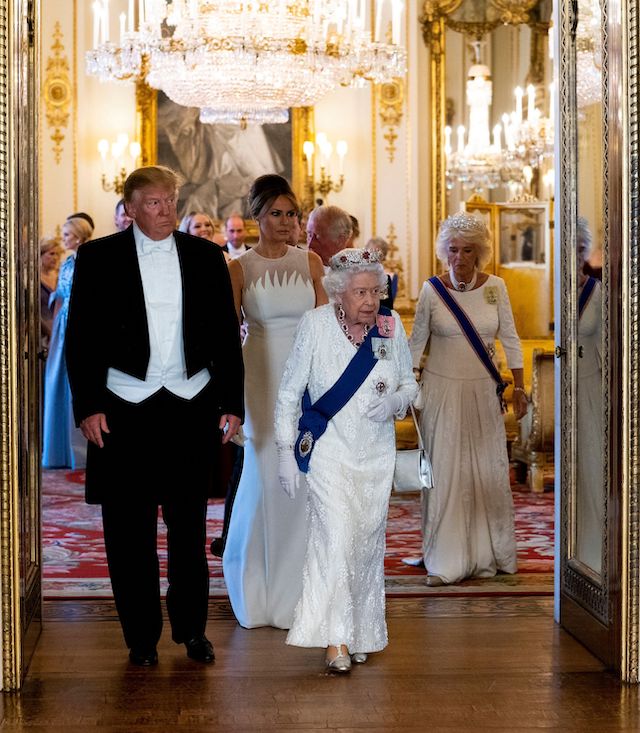 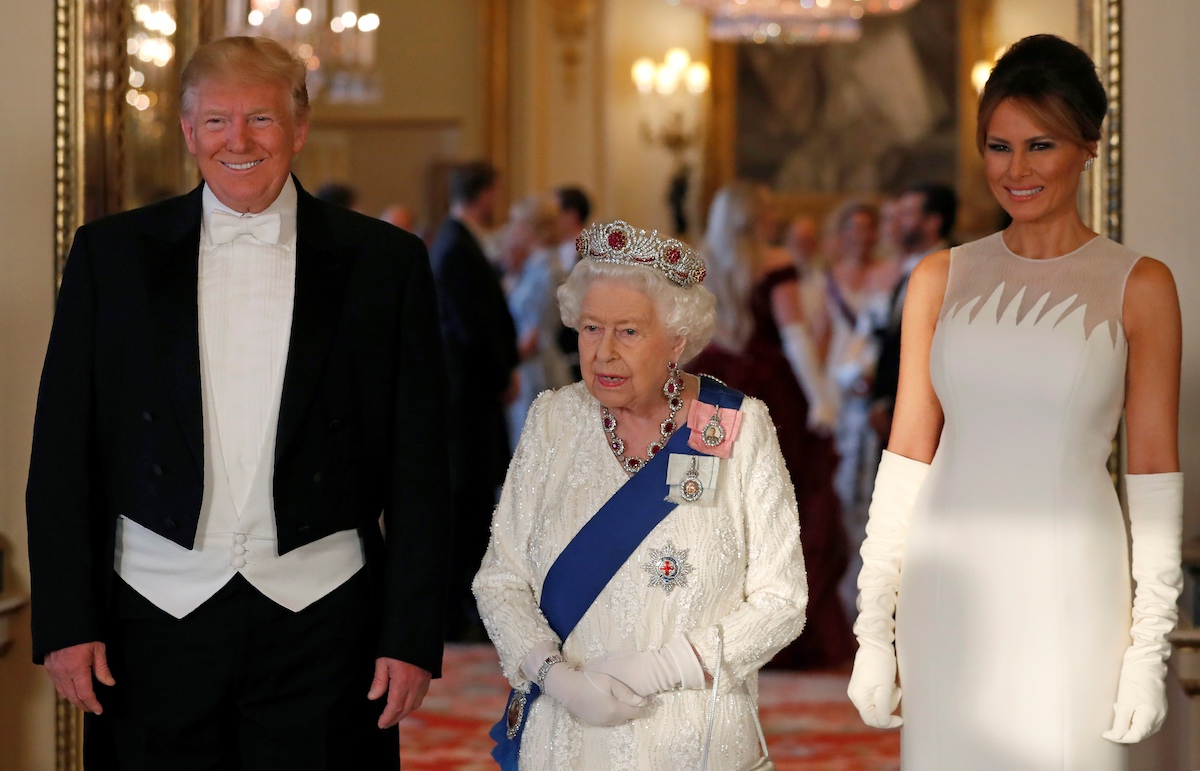 She completed the fantastic look with her hair up in a loose bun, matching ivory-colored gloves and high heels. To say she looked perfect would be an understatement. 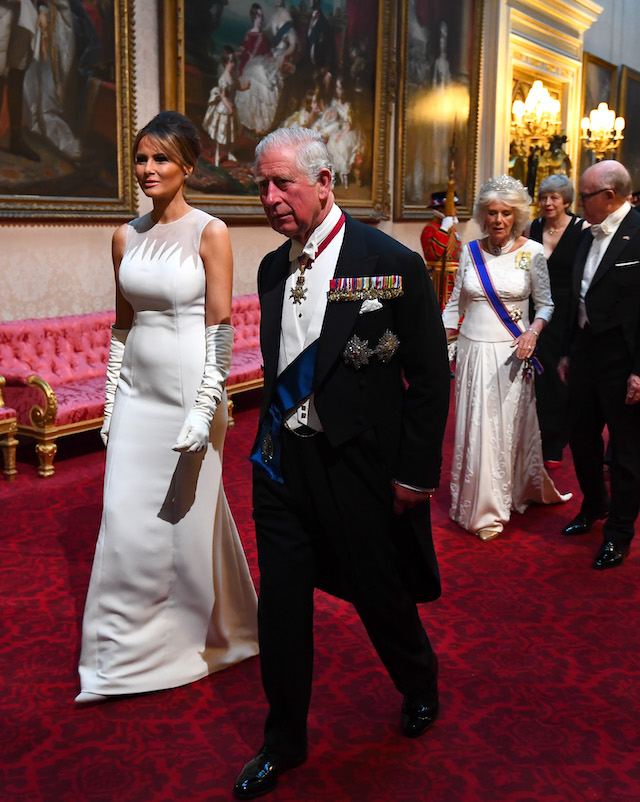 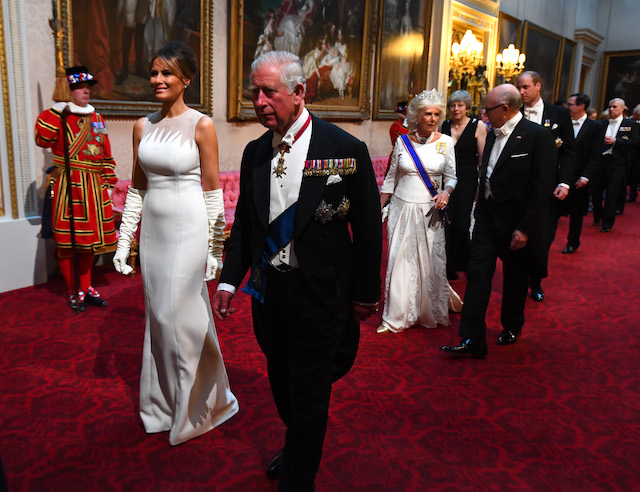 At one point, FLOTUS was photographed entering the ballroom walking alongside Charles, Prince of Wales followed by Camilla, Duchess of Cornwall, and the Duke of Cambridge, Prince William. 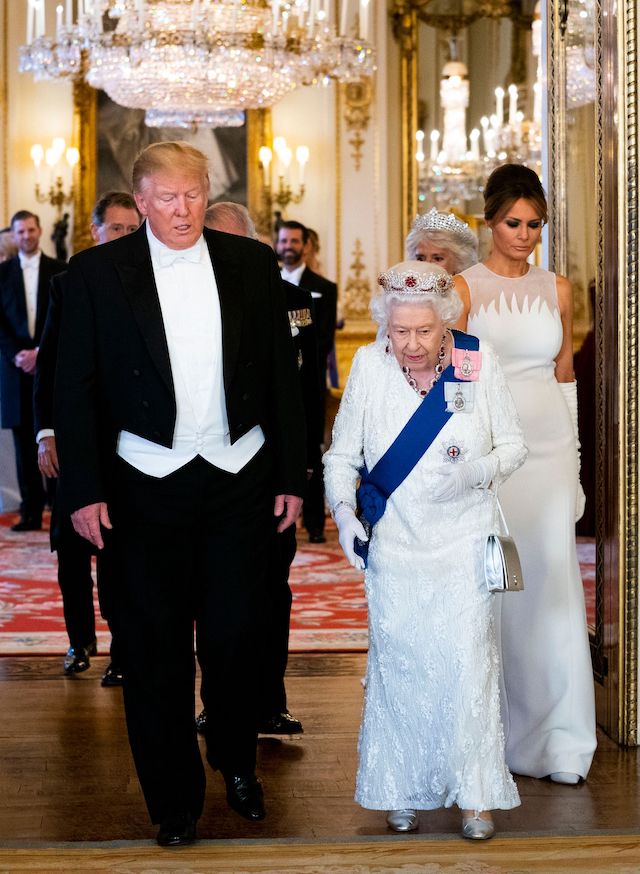 “A sneak peek of the State Banquet table in the Buckingham Palace Ballroom. The final finishing touches will be added shortly before The Queen welcomes @POTUS, @FLOTUS, members of the Royal Family and around 170 guests to celebrate the #USStateVisit,” the royal household tweeted ahead of the dinner, along with a picture of the stunning event.

A sneak peek of the State Banquet table in the Buckingham Palace Ballroom.

The final finishing touches will be added shortly before The Queen welcomes @POTUS, @FLOTUS, members of the Royal Family and around 170 guests to celebrate the #USStateVisit. pic.twitter.com/yFNCx1vYSH

According to a White House pool report, the menu consisted of the following:

The first lady always looks incredible no matter what the occasion, as has been noted numerous times. Most recently, Melania caught everyone’s attention when she stepped out earlier in the day in a gorgeous white and navy blue dress with a jaw-dropping custom hat by one of her favorite designers, Herve’ Pierre. (RELATED: Ivanka Turns Heads In Yellow And Black Floral Dress During Munich Trip) 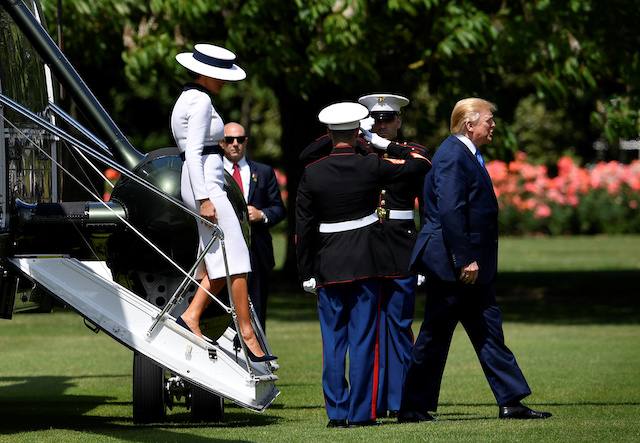 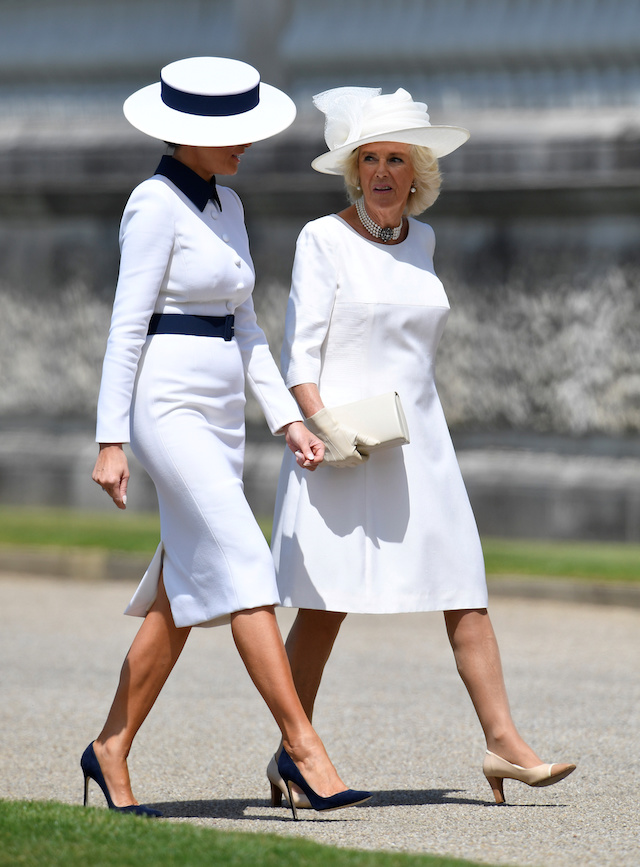 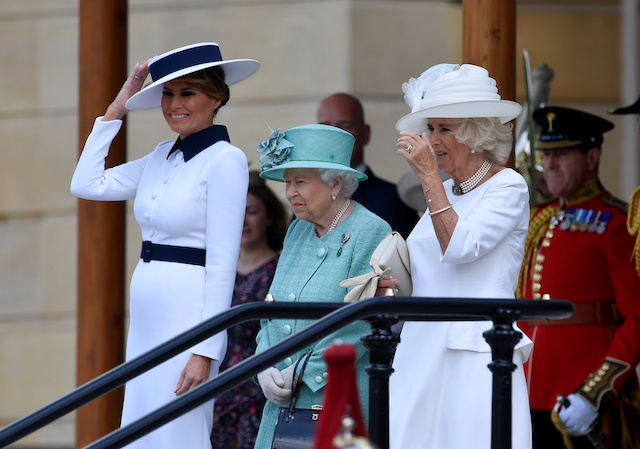