Tuesday marks the 30th anniversary of the Tiananmen Square massacre in Beijing in 1989, and as leaders around the world make note of it, China keeps online mention of the event within the country minimal.

The total death toll when tanks and soldiers descended on protesters on June 4, 1989, is unknown, but the dark day is remembered around the world as a turning point for the worse in the course of Chinese history.

Students started the Tiananmen Square protests in mid-April 1989 after the death of Hu Yaobang, who “helped navigate China away from orthodox Marxism and led the world’s largest Communist Party for six years” according to his obituary in The New York Times. (RELATED: Pompeo Casts Doubt Middle East Peace Plan Will Work: Report)

As many as one million people gathered in Tiananmen Square, a public space in China’s capital, according to BBC. On June 3, 1989, the Chinese military mobilized. Tourists fought back with their bare hands and even hurled Molotov cocktails at armored vehicles, but the protest was crushed, according to BBC. 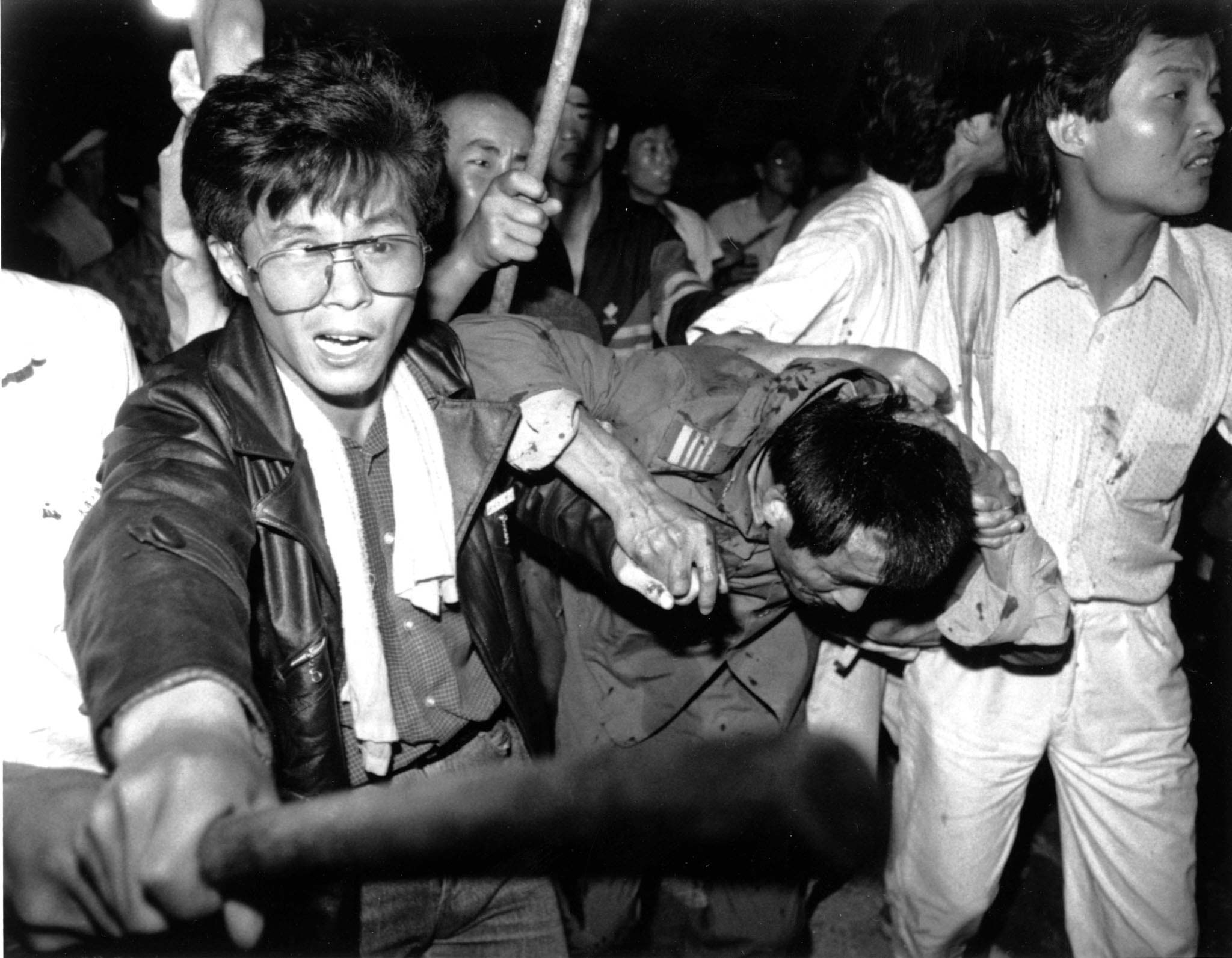 A captured tank driver is helped to safety by students as the crowd beats him June 4, 1989. This year marks the 10th anniversary of the bloody June 4 1989 army crackdown on the pro-democracy movement at Beijing’s Tiananmen Square. Reuters/FILE 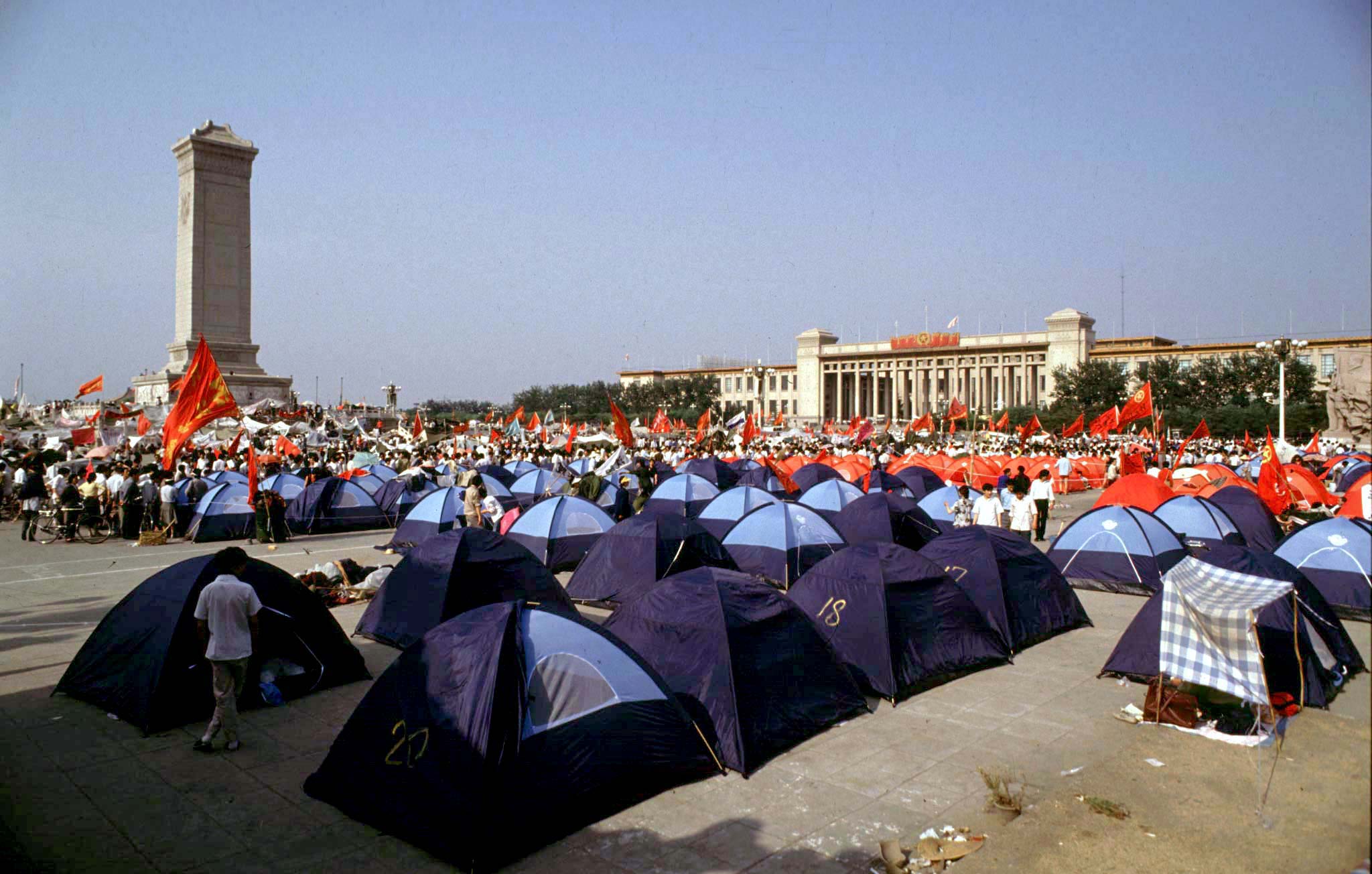 Pro-democracy demonstrators pitch tents in Beijing’s Tiananmen Square before their protests were crushed by the People’s Liberation Army on June 3, 1989. REUTERS/Bobby Yip

Leaders around the world spoke out about the ill-fated demonstration on its anniversary.

“Thirty years later, the horrors of the Tiananmen Square Massacre continue to symbolize the Chinese Communist Party’s inhumane grip on power. Today the citizens of China have less freedom and their leadership remains opposed to the most basic of human rights. China suppresses the truth by attempting to sanitize its dark history. It runs concentration camps for religious minorities and political dissidents. And it boasts of its imperial designs for global trade and disputed territory,” House Minority Leader Kevin McCarthy told The Daily Caller News Foundation in an exclusive statement.

“Simply put, China is a threat to its people and the rest of the world. The tragedy of Tiananmen Square Massacre should remind Americans of the danger that China poses to freedom, peace, and prosperity,” McCarthy continued.

“On June 4, we honor the heroic protest movement of the Chinese people that ended on June 4, 1989, when the Chinese Communist Party leadership sent tanks into Tiananmen Square to violently repress peaceful demonstrations calling for democracy, human rights, and an end to rampant corruption,” Pompeo said in a statement.

In China, evidence of the massacre is all but erased. Using algorithms and human editors, China’s censorship machines keep out any mention of Tiananmen Square. Commemorating the anniversary — even by reposting a photo — can result in detention, reported BBC.

One of those famous photos is that of “Tank Man.” His fate is unknown, but on June 5, 1989, one day after the massacre, he played a game of chicken with a tank rolling down a road. 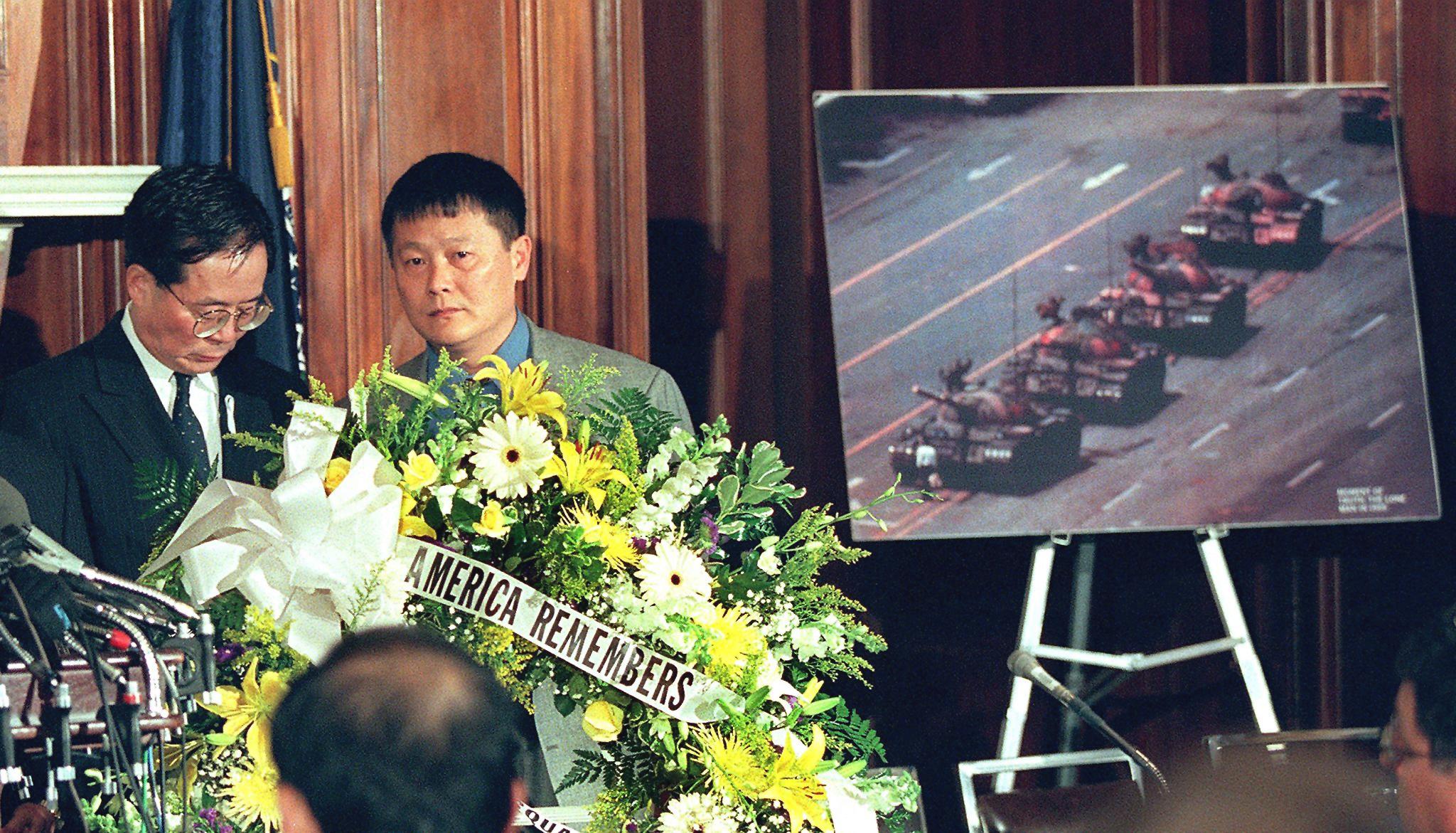 Former Chinese dissidents Harry Wu (L) and Wei Jingsheng (R) stand behind a wreath and next to the photo of a man standing in front of Chinese tanks during the Tiananmen Square Massacre during ceremonies June 4 on Capitol Hill marking the ninth anniversary of the event in Washington, DC. (LUKE FRAZZA/AFP/Getty Images)

Some Chinese students may never learn about him like students around the world do. China’s desire to suppress the stories is serious. Hackers believed to be from China even launched an online onslaught at a Washington, D.C., teleconference event in remembrance of the Tiananmen Square massacre in 2016.

The Victims of Communism Memorial Foundation will hold a memorial on the Capitol West Lawn Tuesday afternoon.