Former Starbucks CEO Howard Schultz, who has teased an independent presidential run, said Wednesday he’s pressing pause on campaigning and will be “back in touch” after Labor Day.

“I take this detour from the road reluctantly. My concern for our country’s future remains, as does my belief that the American people deserve so much more from our elected officials. Civility. Honesty. Real problem solving. My belief in these ideals will never waver,” Schultz said in a statement Wednesday.

????☕️ Howard Schultz explains his absence from the thinking about running for president trail – says he’s been recovering from back surgeries. pic.twitter.com/vR6Fm7VfXZ

Schultz first floated the possibility he’d run for president as an Independent during a Jan. 27 “60 Minutes” interview. Since then, he said he’s talked to voters in 15 states, including Colorado, Florida and Arizona, where he experienced “acute back pain that required me to cut my travels short.” (RELATED: Ted Cruz Floats A Second Alliance With Ocasio-Cortez. This One Has To Do With Birth Control)

Schultz was forced to undergo three back surgeries in two months, he said. He is taking the summer to “rest and rehabilitate” per doctors’ orders, Schultz said in the statement.

Schultz had been relatively quiet leading up to Wednesday’s announcement, including on social media. His most recent tweet was June 6 commemorating D-Day.

Many Democrats decried Schultz as a “spoiler” candidate who would siphon Democratic votes and earn President Donald Trump a second term. 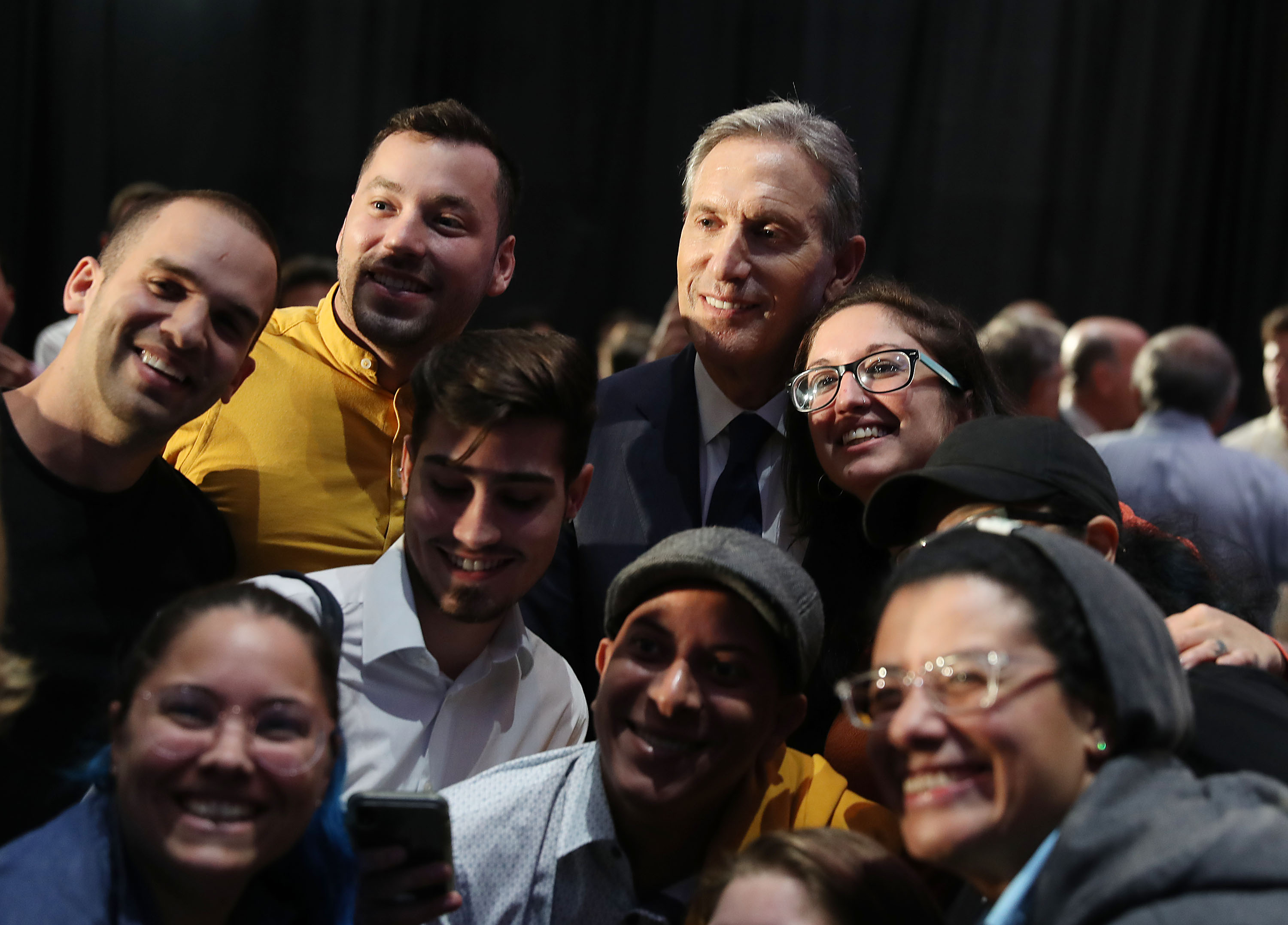 Former Starbucks CEO Howard Schultz poses for a picture with people during a stop at Miami Dade College as he seeks a possible independent presidency run on March 13, 2019 in Miami, Florida. (Photo by Joe Raedle/Getty Images)

“Vanity projects that help destroy democracy are disgusting. If he enters the race, I will start a Starbucks boycott because I’m not giving a penny that will end up in the election coffers of a guy who will help Trump win,” Neera Tanden, president of the left-leaning Center for American Progress, wrote on Twitter in January.

Vanity projects that help destroy democracy are disgusting. If he enters the race, I will start a Starbucks boycott because I’m not giving a penny that will end up in the election coffers of a guy who will help Trump win. https://t.co/epUYVrcEg8

Schultz has flirted with a 2020 run for months, even holding town halls on cable news channels. The self-proclaimed “centrist independent” said he does not believe abortion should occur in the third trimester during an April town hall on Fox News.