Chick-Fil-A has secured their spot as the third largest restaurant chain in America with no plans to slow down their growth anytime soon.

Spiking up from its number seven ranking, the chicken-loving restaurant chain made $10.46 billion in America sales in 2018, according to a Nation’s Restaurant News Analysis posted Monday. 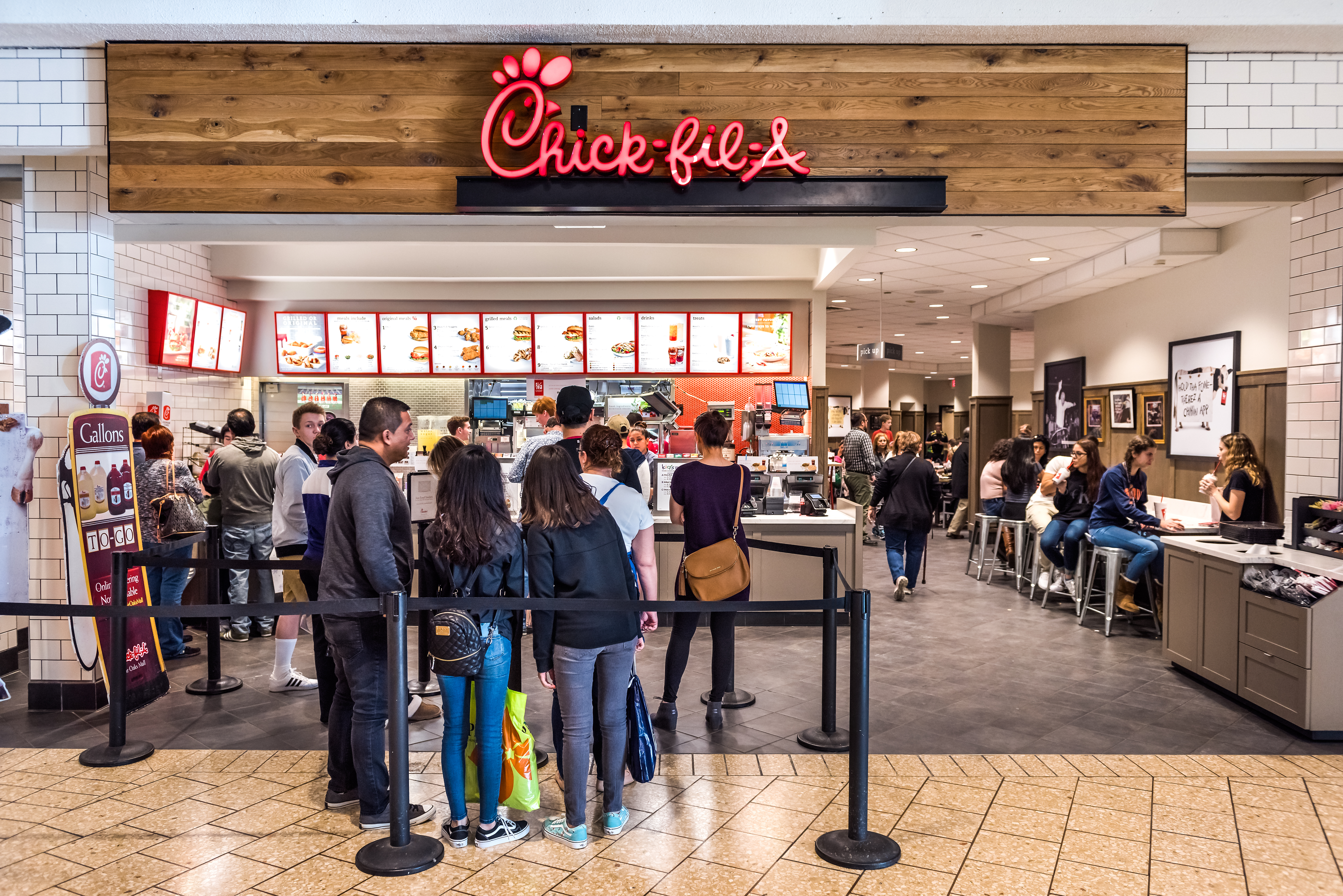 Chick-Fil-A narrowly kicked Subway out of its third place ranking from 2018, with Subway coming in at $10.41 billion. There is a possibility the company could also dethrone Starbucks from its second place ranking in the future.

Although Starbucks Coffee made $20.49 billion this past year,  Kalinowski Equity Research founder Mark Kalinowski told Business Insider back in May he believes the chicken company could double their sales.

“Can they double that? I think that is a very reasonable goal for them,” Kalinowski said. “Can they reach $30 billion? I think that’s also a realistic goal if you give them enough time. And that should put them ahead of Starbucks.” (RELATED: Texas Lawmakers Pass ‘Save Chick-Fil-A’ Bill In The House)

The company has shown impressive growth for the past couple of years, despite being closed on Sundays. This is the fifth year where the company has seen double-digit sales growth, hitting 16.7% in 2018 according to NRN.

Each individual location, on average, brought in around $4.6 million which is up from $4.2 million the previous year. McDonald’s locations only brought in $2.8 million, Business Insider reported.

The restaurant has over 2,100 locations in 47 states, leaving them plenty of room to continue to grow.

“They’re severely under-penetrated,” Kalinowski told Business Insider. “Once you start looking at all these other big metropolitan areas in all these states, there’s room for growth for, not just years and years to come but potentially decades to come.”