Biden’s op-ed is thoroughly critical of both the Trump’s immigration policy and reelection strategy, referring to the administration as “a wrecking ball to our hemispheric ties.”

Trump is trying to scare voters by over-blowing the severity of the crisis at the border instead of  “addressing the real challenges facing our hemisphere,” the piece continues. (RELATED: Biden Backtracks After Calling Mike Pence ‘A Decent Guy’) 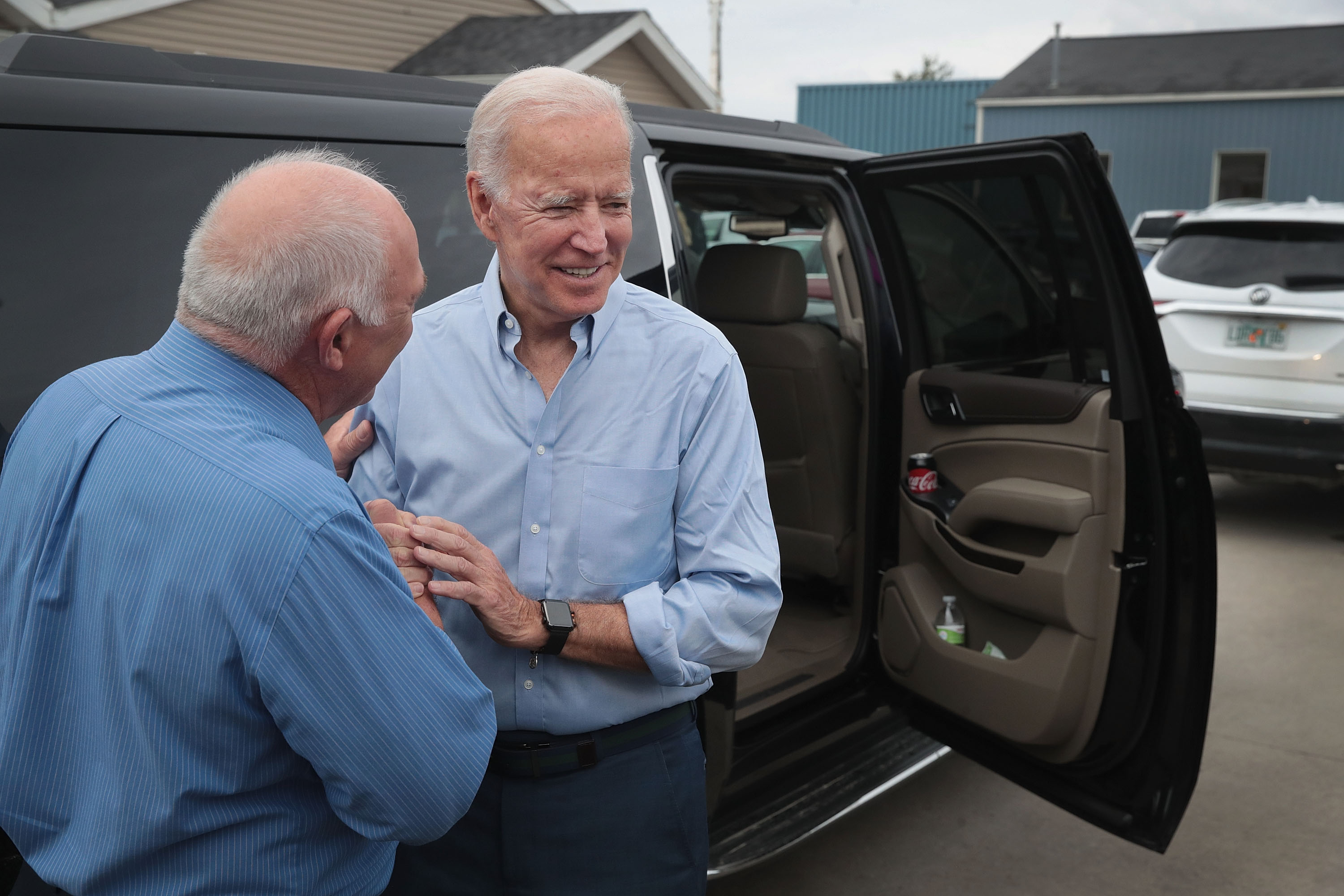 ELDRIDGE, IOWA – JUNE 12: Democratic presidential candidate and former U.S. vice president Joe Biden chats with Mayor Marty O’Boyle outside of the Tasty Cafe following a quick campaign stop at the restaurant on June 12, 2019 in Eldridge, Iowa. The stop was part of a two-day visit to campaign in the state. (Photo by Scott Olson/Getty Images)

Biden goes on to accuse Trump of racism towards “anyone south of the Rio Grande, including calling migrants ‘animals.'”

“That starts by recognizing that DREAMers are Americans, and Congress needs to make it official. The millions of undocumented people in the United States can only be brought out of the shadows through fair treatment, not ugly threats,” Biden says.

“Our asylum system needs to be improved, but the answer is to streamline and strengthen it so that it benefits legitimate claims of those fleeing persecution, while reducing potential for abuse,” he continues.

While securing our borders is imperative,”‘Build the wall’ is a slogan divorced from reality,” he says, claiming it would not be effective at preventing narcotics smuggling, asylum seekers or those who overstay their visas.

As vice-president, Biden says he led efforts to address why people are fleeing Central America, that he says have now been thwarted by Trump replacing “sound strategy with hostility and inflammatory rhetoric.”

“After four years of Trump taking a wrecking ball to our hemispheric ties, experienced and respected U.S. leadership will be vital to repairing cooperation and addressing shared regional challenges.”