Chicago Police Department released a video Monday that shows the two brothers Jussie Smollett allegedly paid to stage an attack against him in the back of a car the night of the alleged hate crime hoax.

In the video shared by the Chicago PD as part of footage from the 37-year-old disgraced actor’s case, two Nigerian brothers, Ambimbola and Olabinjio Osundairo, are shown sitting in the back of a taxi, with one of them attempting to hide his face from view with a hoodie tightly closed around his head, according to Page Six.

Video from inside taxi of Osundairo brother’s on their way to meet Jussie Smollett night of reported attack..according to CPD@cbschicago pic.twitter.com/kYbUcoiwi5

The driver can be heard in the clip asking if the location was fine to stop. (RELATED: Jussie Smollett’s Episode of ‘Drop The Mic’ Has Been Pulled)

The video then shows one of the brothers handing over some cash and the two men step out of the vehicle. According to the authorities, the Osundario brothers used taxis to travel to and from the alleged crime scene. 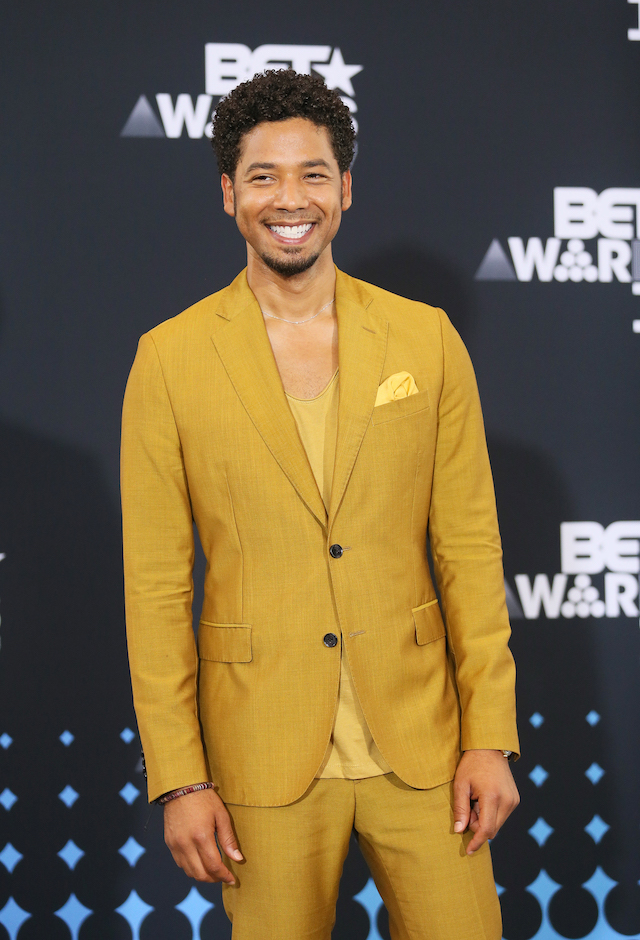 The video was just one of several pieces of information that came out Monday, including one clip showing the former “Empire” star the night of the alleged attack wearing a rope around his neck.

Smollett can be heard explaining to police why he still had it on. But once he noticed that the police body-cam gear was on, he asks them to turn them off.

As previously reported, Smollett initially claimed he was attacked on the streets of his home in Chicago by two men who he said threw a rope around his neck and poured a bleach-like substance on him. They also allegedly yelled racist and homophobic slurs at him.

However, by the end of the investigation, police concluded the attack on the “Empire” actor was a hoax. Soon after, he was arrested and faced 16 felony counts of disorderly conduct for making a false police report.

Less than three weeks later, all charges against him were dropped by the State attorney’s office.