“They try hard, but have not carried out a successful attack,” Mohammad Javad Azari Jahromi, Iran’s minister for information and communications technology, wrote on Twitter, according to Reuters’ translation of the tweet.

President Donald Trump ordered a series of cyber attacks on June 20 amid growing tensions with the Iranian regime, which the U.S. Department of Defense suggested after two oil tankers were attacked in the Gulf of Oman. (RELATED: Trump Approved Cyberattacks Against Iran After He Backed Off A Military Assault)

The cyber strikes, which were “in the works for weeks if not months,” disabled Iranian rocket launch systems, the Washington Post reported Saturday. U.S. businesses are now preparing for Iranian cyber counter-attacks, a follow-up Post report said Monday. 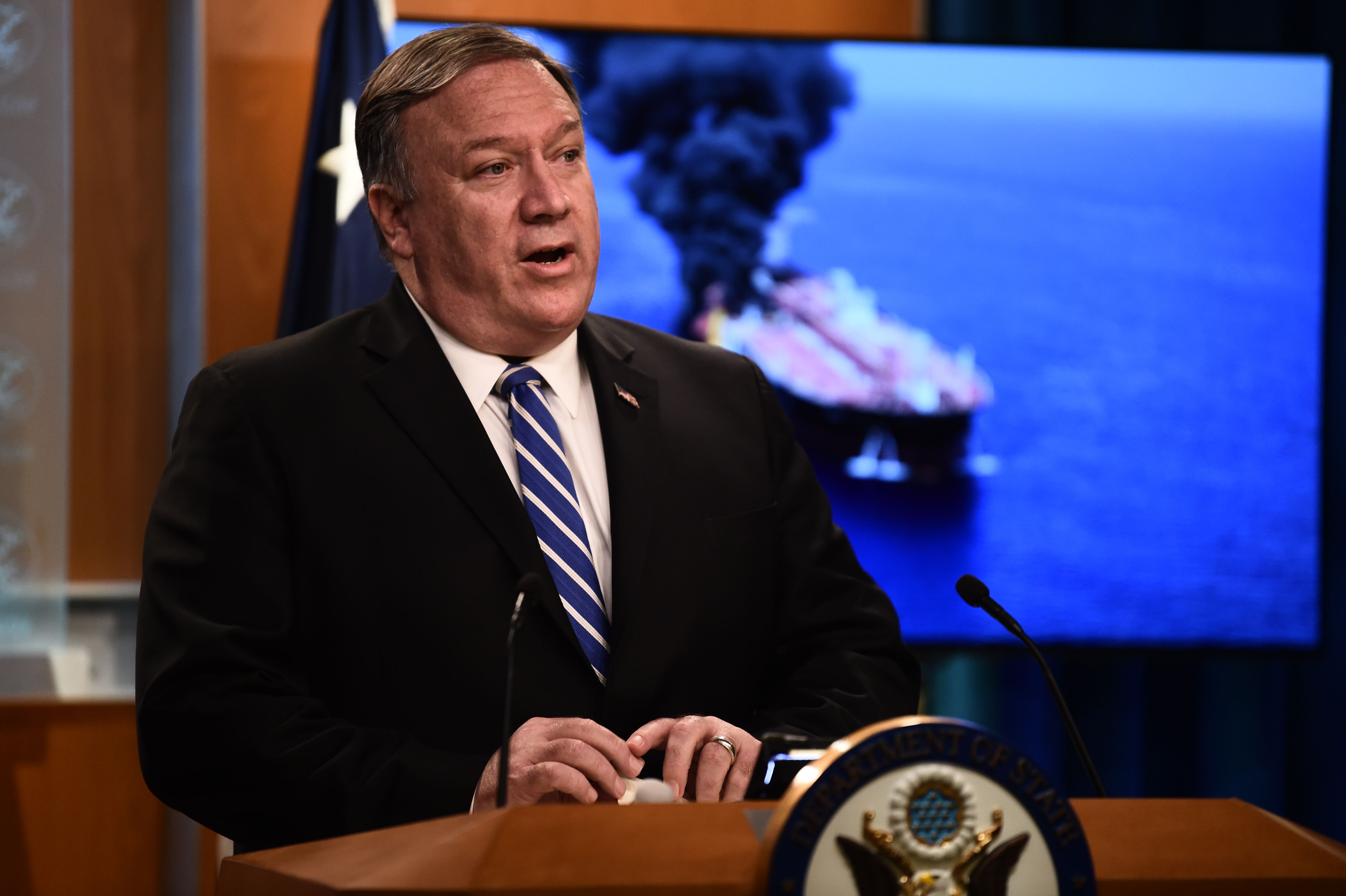 US Secretary of State Mike Pompeo delivers remarks to the media at the State Department in Washington, DC on June 13, 2019. (ERIC BARADAT/AFP/Getty Images)

“Media asked if the claimed cyber attacks against Iran are true,” he said. “Last year we neutralized 33 million attacks with the [national] firewall.”

The attacks would not only impose “costs on the growing Iranian cyber threat,” but it also “serves to defend the United States Navy and shipping operations in the Strait of Hormuz,” former Trump administration senior White House cyber official Thomas Bossert told The Washington Post Saturday.

The U.S. special representative for Iran, Brian Hook told European reporters that the president is willing to sit down with Iran, but Iran must do a deal before sanctions can be lifted, according to Reuters.

Reports surfaced a day after the cyber attack was launched on Friday, June 21, that Trump was considering a physical attack on Iran, which he ultimately decided against “10 minutes” before strikes were set to be launched. (RELATED: Iran Hangs Ex-State Employee After He Was Convicted Of Spying For The CIA: Report)